Climate change is having a bigger impact on the rainforest than deforestation, a new study of mammals in South America claims.

Researchers at the Field Museum in Chicago say while logging causes some local animal populations to die out – global warming wipes out entire species.

Previously, it was believed the multi billion dollar logging industry posed the biggest threat to ecosystems, but researchers now say climate change has a bigger impact.

Lead author Professor Noe de la Sancha said ‘Save the Rainforests’ is a snappy slogan but it doesn’t tell the full story of how complicated it is to do just that.

He said they’ve created a detailed measure of biodiversity by looking at the variety of species and their place in the ecosystem, rather than a total number of creatures. 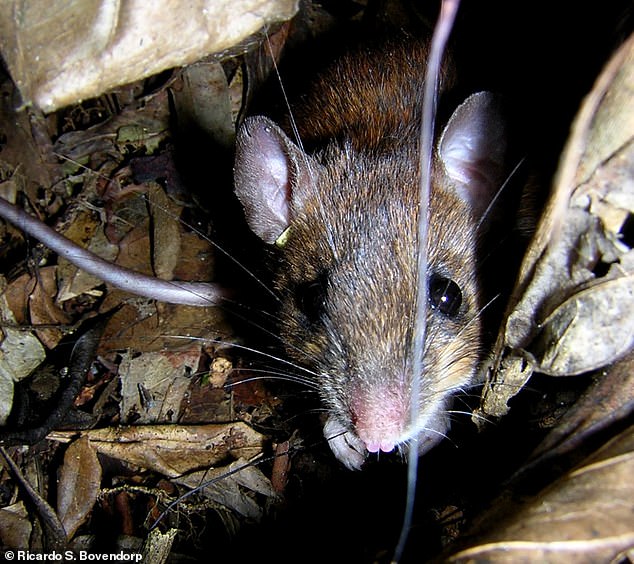 By measuring characteristics like ear, foot, and tail size in species like Euryoryzomys russatus, researchers can quantify functional diversity in large rainforests

His new study examined the way animals and plants make use of the forests, how they interact and the variety of species to determine the impact of logging.

Researchers say if a section of rainforest was cut down, some of the animals might vanish from that area – but the same species elsewhere could survive and other similar species could fill their space in the ecosystem.

Rainforests are a vital carbon store that slow down the pace of global warming, they are also home to a significant number of unique species of plants and animals.

Before conservationists can begin to ‘save the rainforest’ scientists need to figure out what’s living and dying there, says Professor de la Sancha.

They know they need to restore habitats and advocate for laws that protect land , but not which habitats or what the laws should specifically protect.

‘When we think about biodiversity, we usually think about the number of species in a particular place – what we call taxonomic diversity’, de la Sancha said.

‘This paper aims to incorporate better measures of biodiversity that include functional and phylogenetic diversity.’

By measuring characteristics such as the ear, foot and tail size of the big headed rice rat, or Euryoryzomys, his team calculated the functional state of the ecosystem.

This is the amount of biodiversity based on the roles organisms play and how many a habitat can sustain.

Rather than simply counting the species in an area it also accounts for what they eat – insects or seeds, for instance – and if they live in the undergrowth or trees.

Phylogenetic diversity looks at how many branches of the animal family tree are represented in any given area.

A patch of land consisting almost entirely of rodents would be considered far less diverse than one also home to marsupials and other creatures – even if they had the same number of species, the professor said.

This approach enabled the team to uncover patterns they wouldn’t have identified using any single dimension of diversity alone.

The study focused on the Atlantic Forest that extends along the coast of Brazil and as far as Paraguay and Argentina.

It is one of the world’s most ecologically diverse and vulnerable regions – second only to The Amazon.

‘As little as nine percent of the original habitat space remains’, said Sancha.

‘We still have so much we don’t know about so many of these species, which underlines the necessity for more fieldwork.

‘Once we have more specimens, we can improve how we quantify functional diversity and our understanding of why these small mammals evolved the way they did.

‘From there, we can keep better track of biodiversity in these areas, leading to improved models and conservation strategies down the line.’ 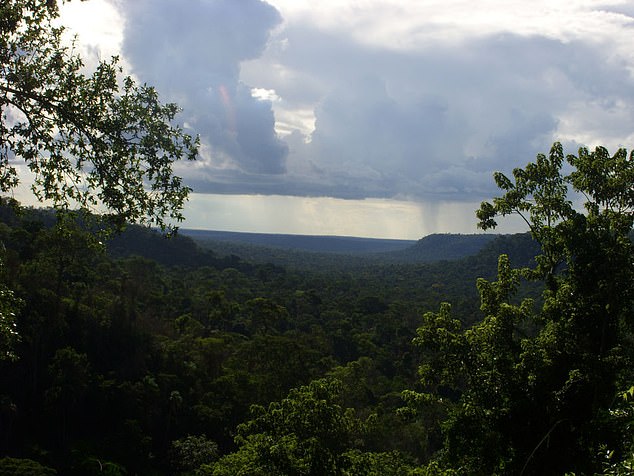 The researcher says the findings in the Atlantic Forest would also likely apply to other rainforests but despite the bad news, they come with a ‘silver lining’.

‘As long as we have forest – and we need to have forest still – we can maintain biodiversity on a large scale.

‘As long as we don’t wipe it all out, there’s good evidence to show we can maintain biodiversity, at least for small mammals, and the ecosystem services these critters provide.’

Last year satellite data showed an area of Amazon rainforest roughly the size of a football pitch is now being cleared every single minute by loggers.

Rainforests once covered 14 per cent of the Earth’s land, but nearly half has now vanished, leaving just eight per cent remaining.

Most worryingly, if this rate of deforestation continues, experts estimate that the last remaining rainforests could be destroyed in as little as 100 years.

The research has been published in the journal Biotropica.