The gradually shifting orbit meant summers were more intense with heavier rainfall at some points in Earth’s history and drier at others. The climate change process falls under the so-called Milankovitch cycles, which explain how the planet’s orbital movements affect the climate.

Researchers at the University of Wisconsin-Madison have now analysed the changing climate patterns in the last 140,000 years to show how they helped people migrate out of Africa.

Approximately 125,000 years ago, northern Africa and the Arabian Peninsula witnessed much more intense monsoons in the summertime.

With the increased summer rain, the Saharan and Arabian deserts were smaller and bordered by large grasslands. 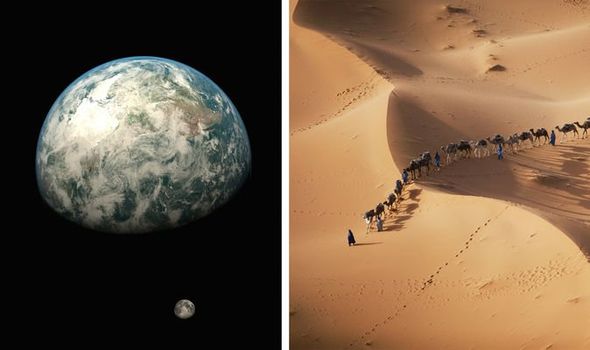 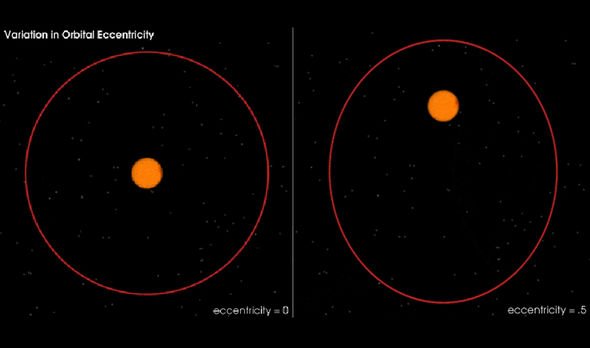 At the same time, the Mediterranean and the Levant – Syria, Israel, Lebanon, Jordan and Palestine – underwent increased rainfall in the wintertime.

These unusual climate patterns were the result of Earth’s position relative to the Sun.

The planet’s Northern Hemisphere was tilted towards the Sun much closer in the summer and much farther in the winter.

Professor emeritus John Kutzbach from the University of Wisconsin–Madison said: “It’s like two hands meeting. There were stronger summer rains in the Sahara and stronger winter rains in the Mediterranean.”

As a result of the Milankovitch cycles, these parts of the world should be positioned in the same way about 21,000 years.

But the cycles also mean the opposite was true about every 10,000 years.

Climate models used in the study found there was a reduced amount of greenhouses gases in the wintertime as a result.

DON’T MISS
Coronavirus: Do N95 masks work? Should I wear a face mask? [INSIGHT]
NASA news: This astronaut’s space selfies are out of this world [PICTURES]
Can the solar cycle explain why Earth is warming? Is the Sun responsible? [ANALYSIS] 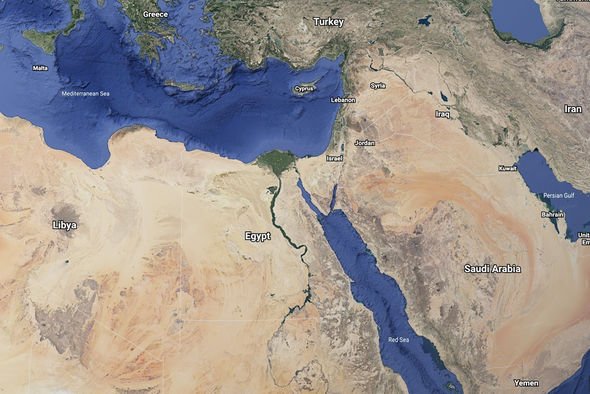 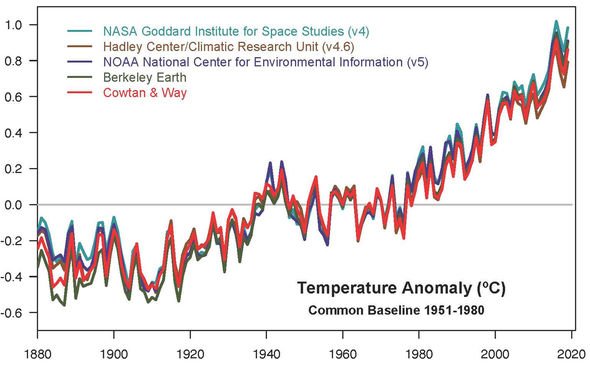 The reduced greenhouse gases intensified the winter storms in the Mediterranean but also led to a cooling of the climate around the equator.

The cooling led to an overall drier climate with less forest coverage.

The researchers have proposed the climate change patterns affected the amount of available vegetation, forcing humans living in Africa to settle new areas with more water and plants.

For the purpose of the study, the researchers modelled 140,000 years pf Earth’s climate and orbital movements using the Community Climate System Model version 3 from the US National Center for Atmospheric Research.

The study came after Professor Kutzbach first studied in the 1970s and 1980s how changes in Earth’s orbit can affect the climate.

He said: “My early work prepared me to think about this.”

However, the researcher noted there are some gaps in the model that do not, for instance, get cold enough in southern Europe during the glacial period.

Professor Kutzbach said: “This is by no means the last word.

“The results should be looked at again with an even higher-resolution model.”