Ancient periods of cold and dry climate helped our species replace Neanderthals in Europe, a new study has concluded.

Researchers found that such cold periods coincided with an apparent disappearance of our evolutionary cousins in different parts of the continent, followed by the appearance of our species, Homo sapiens.

‘Whether they moved or died out, we can’t tell,’ said Michael Staubwasser of the University of Cologne in Germany. 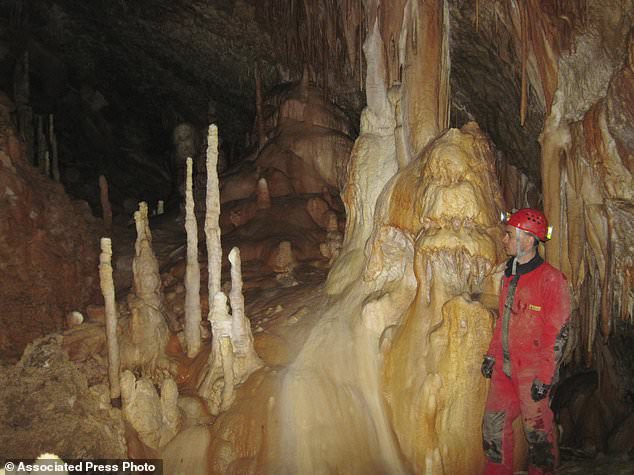 In this 2013 photo provided by Bogdan Onac, researcher Vasile Ersek stands in the Ascunsa Cave in Romania. Researchers used data from this cave and another to document two lengthy cold and dry periods that they believe helped our species replace Neanderthals in Europe

Neanderthals once lived in Europe and Asia but died out about 40,000 years ago, just a few thousand years after our species, Homo sapiens, arrived in Europe.

Scientists have long debated what happened, and some have blamed the change in climate.

Other proposed explanations have included epidemics and the idea that the newcomers edged out the Neanderthals for resources. 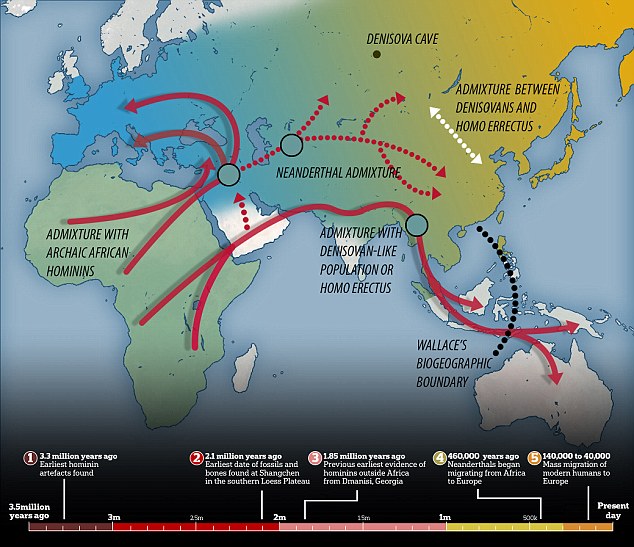 Early humans survived and flourished thanks to their uncanny ability to adapt to extreme places and climates. Homo sapiens conquered all four corners of the world (pictured), from mountainous landscapes of Siberia and the rainforests of South america

Staubwasser and colleagues reported their findings Monday in the Proceedings of the National Academy of Sciences.

They drew on existing climate, archaeological and ecological data and added new indicators of ancient climate from studies of two caves in Romania. 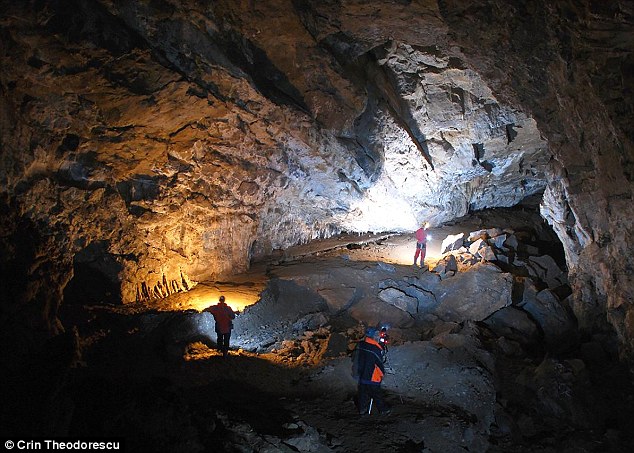 Tausoare Cave in the East Carpathians, Romania: Researchers drew on existing climate, archaeological and ecological data and added new indicators of ancient climate from studies of two caves in Romania, including this one

The other began about 40,800 years ago and lasted six centuries.

The timing of those events matches the periods when artifacts from Neanderthals disappear and signs of H. sapiens appear in sites within the Danube River valley and in France, they noted.

The climate shifts would have replaced forest with shrub-filled grassland, and H. sapiens may have been better adapted to that new environment than the Neanderthals were, so they could move in after Neanderthals disappeared, the researchers wrote.

Katerina Harvati, a Neanderthal expert at the University of Tuebingen in Germany who wasn’t involved in the study, said it’s helpful to have the new climate data from southeastern Europe, a region that H. sapiens is thought to have used to spread through the continent.

But she said it’s unclear whether Neanderthals disappeared and H. sapiens appeared at the times the authors indicate, because the studies they cite rely on limited evidence and are sometimes open to dispute.

Chris Stringer of the Natural History Museum in London said he thought the paper made a good case for an impact of the climate shifts on Neanderthals, although he believes other factors were also at work in their disappearance.

Rick Potts of the Smithsonian Institution called the study ‘a refreshing new look’ at the species replacement.

‘As has been said before, our species didn’t outsmart the Neanderthals,’ Potts said in an email.

‘We simply outsurvived them. The new paper offers much to contemplate about how it occurred.’