Why Elon Musk will never colonise Mars: Plans to nuke the red planet to make its air breathable are a ‘fantasy’ because the technology needed is ‘science fiction’, physicist says

Mars is the focus of many international space missions as humans increasingly look to the red planet as a future home.

Billionaire entrepreneur Elon Musk has stated his intentions to detonate two fusion bombs on the planet to change its atmosphere, making it hospitable for humans.

According to the SpaceX CEO, the detonations would fill the atmosphere with greenhouse gases, triggering an intentional climate change to make it habitable.

The scientist points to recent research which shows so-called ‘terraforming’ via nuclear explosions would not be enough to permanently change Mars’ conditions.

Writing for The Conversation, he also argues that it will be decades before humans are allowed to set foot on Mars because of the possibility it hosts life. 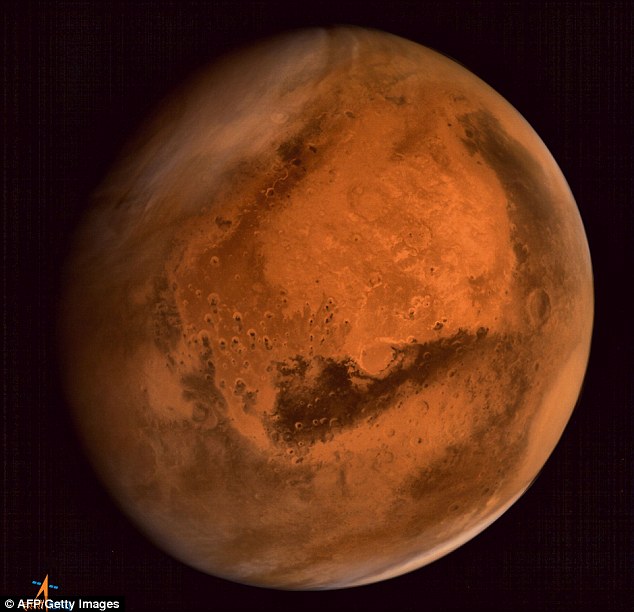 Mars is the focus of many international space missions as humans increasingly look to the red planet as a future home. Billionaire entrepreneur Elon Musk has been a prominent figure, stating his intentions to terraform the barren planet and make it fit for human habitation

SpaceX and Tesla founder Elon Musk has a vision for colonising Mars, based on a big rocket, nuclear explosions and an infrastructure to transport millions of people there.

This was seen as highly ambitious but technically challenging in several ways.

Planetary protection rules and the difficulties of terraforming (making the planet hospitable by, for example, warming it up) and dealing with the harsh radiation were quoted as severe obstacles.

Undeterred, Musk took a first step towards his aim in February this year with the launch of a Tesla roadster car into an orbit travelling beyond Mars on the first Falcon Heavy rocket.

This dramatically illustrated the increasing launch capability for future missions made available by partnerships between commercial and government agencies.

But six months later, the plans have started to look more like fantasy.

We have since learned that there could be life beneath Mars’ surface and that it may be impossible to terraform its surface.

The possibility that there currently could be life on the red planet was raised last week as scientists reported the discovery of a salt water lake beneath Mars’ surface.

The lake would be 1.5km below the south polar cap and at least 20km in diameter.

This was found from analysis of subsurface radar data from the Mars Express spacecraft.

The water is thought to be briny, with the likely magnesium, calcium, and sodium perchlorate salts acting as an antifreeze down to temperatures of perhaps 200K (-73.15°C).

This is exciting as it is the first definitive detection of liquid water on Mars, and it is possible that there may be further deep lakes elsewhere on the planet.

This means there is a real possibility of current life on Mars. 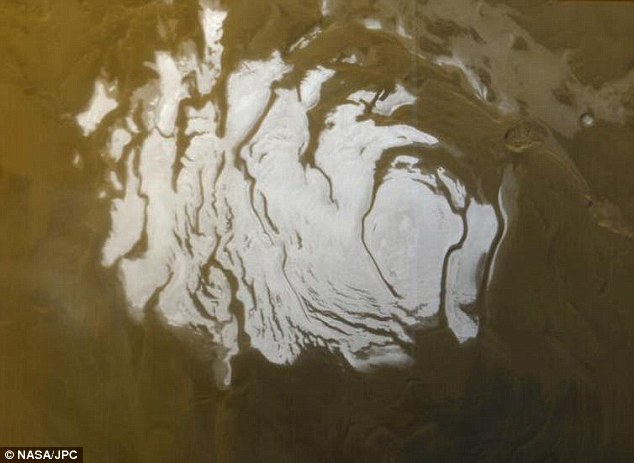 The possibility that there currently could be life on the red planet was raised last week as scientists reported the discovery of a salt water lake beneath Mars’ surface. The lake would be 1.5km below the south polar cap and at least 20km in diameter (pictured)

We already knew life could have existed on Mars in the past.

There are several pieces of evidence indicating that Mars was habitable 3.8-4 billion years ago.

Data from recent missions – including Mars Global Surveyor, Odyssey, Opportunity, Curiosity and Mars Express – have provided mounting evidence that water was present on the surface in streams and lakes with reasonable acidity and that the right chemistry for life to evolve existed there around the time that life was evolving on Earth. 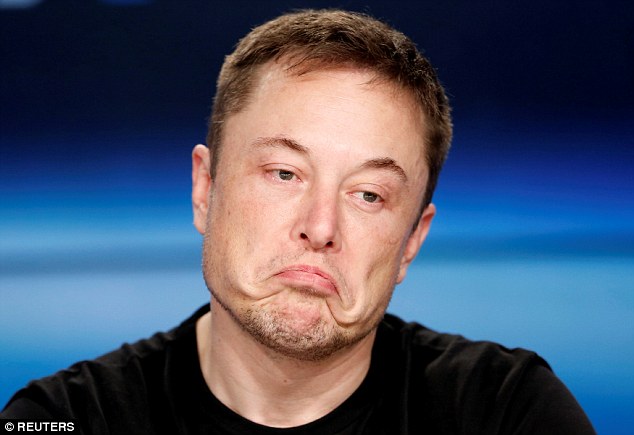 Space X and Tesla founder Elon Musk (pictured) has a vision for colonising Mars, based on a big rocket, nuclear explosions and an infrastructure to transport millions of people there

But Mars lost its magnetic field, which would have protected life from harsh radiation from space, 3.8 billion years ago.

This also meant its atmosphere started leaking into space, making it increasingly inhospitable. So living organisms may not have survived.

But while the new discovery may fuel aspiring colonisers’ dreams that the water in the subsurface lake might be usable to sustain a human presence, the reality is very different.

The risk of contamination means we shouldn’t send humans there until we know for sure whether there is naturally evolved life – something that could take years to decades.

We will need to drill under the surface and to analyse samples, either in-situ or from material returned to Earth, and find suitable biomarkers to be sure.

Asked about life on Mars itself, Musk claimed that the company is more concerned with the journey than the colony (artist’s impression)

Perhaps even more damning, the long-suggested idea of terraforming Mars is now firmly locked in the realm of science fiction.

Musk has previously indicated that he wants to terraform the planet to make it more Earth-like, so you can ‘eventually walk around outside without anything on.’

This would most easily be done by producing an atmosphere made of heat-trapping greenhouse gases locked in the planet’s ice in order to raise its temperature and pressure.

Musk has suggested that we could drop thermonuclear bombs on the ice at its poles in order to heat it up to release the carbon dioxide.

But according to a new study, published in Nature Astronomy, Mars has lost so much of its potential greenhouse gases to space over billions of years that there is now no possibility of transforming the remaining atmosphere into a breathable one with available technology.

The study is based on measurements of the recent escape rate of gases to space measured over the last 15 years by Mars Express and the last four years by MAVEN.

This can tell us how much effective greenhouse gases, carbon dioxide and water are available at Mars.

The measurements, combined with knowledge of the inventories of carbon dioxide and water on Mars from recent space missions, show that greenhouses gases locked in the ice caps are not enough to provide the necessary heating.

More may be available deep within the planet but extracting that is well beyond today’s technology.

Also, the atmosphere is still being lost due to the lack of a magnetic field, so that would need to be somehow slowed to maintain any changes achieved by terraforming.

This means that potential explorers would need to use heavy, airtight walls, roofs or buildings to provide the right atmosphere and the required screening from cosmic radiation.

While Musk may be disappointed by these new results, most Mars scientists are breathing a sigh of relief. 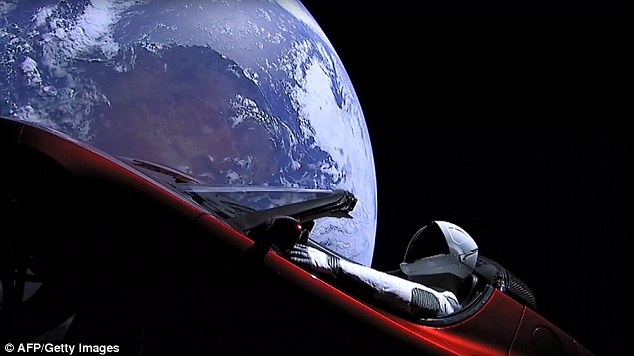 There may be present or past life on Mars, and we can now focus on finding it.

We will be searching for signs of life with the ESA-Russian ExoMars 2020 rover, and the NASA Mars 2020 mission will gather samples for eventual return to Earthbound laboratories by around 2030.

The results of all this may tell us if there was, is or could be life elsewhere.

In our solar system, the best targets are Mars, Saturn’s moon Enceladus and Jupiter’s moons Europa and Titan.

And these just hint of the potential for life on the many planets beyond our own solar system.

Mars is bright in our skies this week, the brightest since 2003.

The red planet is never far from our thoughts, whether as a potential cradle for life beyond Earth or as a target for humans in the future.

We live in exciting times when it comes to space exploration.

So let’s not spoil one of the largest and most fundamental experiments for humankind by letting dreams of colonisation go too far – at least until we know whether there is life.

Andrew Coates is the professor of physics and Deputy Director at the Mullard Space Science Laboratory, University College London

WHAT ARE NASA’S PLANS FOR A MANNED MISSION TO MARS IN THE 2030s?