The earliest signs of complex multicellular life evolved on Earth about 100 million years later than first thought, according to scientists studying chemical biomarkers.

The researchers from The Australian National University (ANU), Max Planck Institute and Caltech say the finding has big implications for our understanding of evolution.

An MIT study in 2009 claimed the first complex life evolved 635 million years ago – based on traces of chemicals found in rocks from Oman that back to that period.

The chemicals found in the rocks – including steroids – were remarkably similar to the chemicals produced by modern sponges and so it was assumed they were biomarkers for complex life.

A team of chemists have been able to recreate the same ‘biomarkers’ in a lab using common algae, which was widely present on Earth during this period. 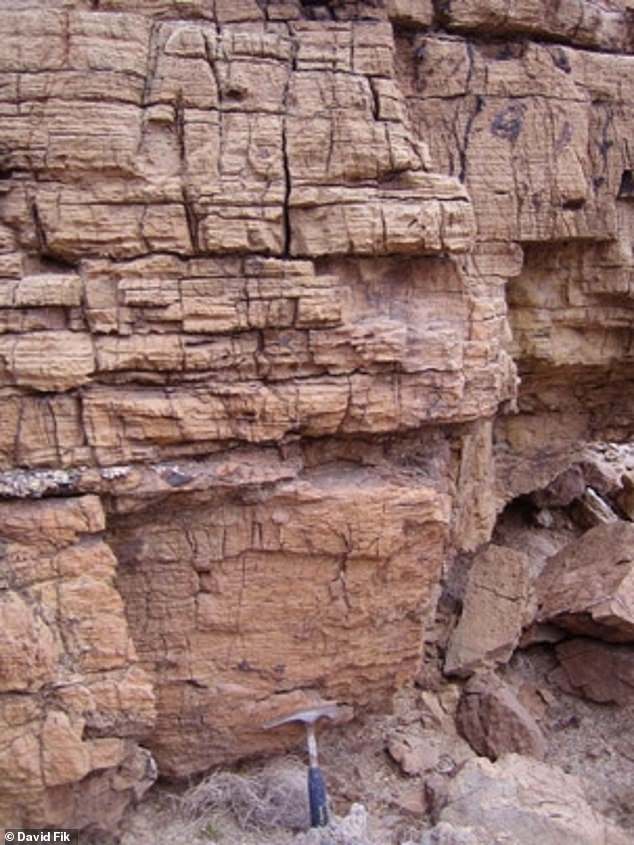 Animals rapidly diversified and became ecologically dominant at the beginning of the Cambrian period (541–485 million years ago) – yet scientists believe the first animals had to have arisen much earlier than this based on molecular data.

Many suspect they would have emerged during the Neoproterozoic era (1,000–541 million years ago ), although the exact timing remains contentious.

The oldest uncontroversial animals in the fossil record are found in deposits from 558–552 million years ago during the Ediacaran period and others, with ‘some degree of confidence’ have been traced back to 571 million years ago.

However, most molecular clocks place the appearance of animals within the range of 900–635 million years ago – during the Cryogenian or Tonian periods.

Researchers have used ‘biomarkers’ to try to bridge this 340 million year gap between the molecular clock and actual fossil evidence.

That is what the MIT team did in 2009 when they found ‘evidence’ of a sponge biomarker in rocks dating back 635 million years – but new research found those biomarkers could be produced by other mechanisms – not just sponges.

‘It brings the oldest evidence for animals nearly 100 million years closer to the present day,’ said Dr Lennart van Maldegem, co-author of one of two linked studies into the potential origins of biomarkers in these ancient rocks.

‘We were able to demonstrate that certain molecules from common algae can be altered by geological processes – leading to molecules which are indistinguishable from those produced by sponge-like animals.’ 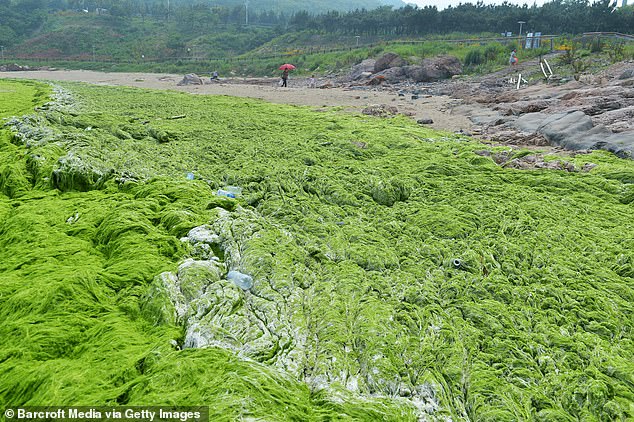 Algae is the precursor to all life on Earth. The first signs of complex life were thought to have appeared 635 million years ago – but a new study found those signs were from algae

This brings the earliest ‘confirmed’ date for the start of complex life on Earth back to about 560 million years ago – to sponges living during the Cambrian era.

The mystery of when our very earliest animal ancestors emerged and became abundant in the oceans puzzled palaeontologists for more than a century.

‘Ten years ago, scientists discovered the molecular fossils of an animal steroid in rocks that were once at the bottom of an ancient sea in the Middle East,’ said Professor Jochen Brocks, a co-author of the study.

‘The big question was, how could these sponges have been so abundant, covering much of the seafloor across the world, but leave no body fossils?’

Dr Ilya Bobrovskiy, lead author of the other study, said the researchers have been able to ‘solve this mystery’ by recreating the steroid markers in the laboratory.

‘While it holds true sponges are the only living organism which can produce these steroids, chemical processes can mimic biology and transform common and abundant algae sterols into ‘animal’ sterols,’ he said.

‘These molecules can be generated in the lab when simulating geological time and temperatures, but we also showed such processes did happen in ancient rocks.’

The two studies have been published in Nature Ecology and Evolution.