If successful, XB-1 will pave the way for the Boom Overture – a proposed passenger jet with 55 seats. A new supersonic jet prototype will be unveiled to the public on October 7.

And industry insiders believe the cutting-edge tech could pave the way for a return to ultra-fast supersonic air travel.

With XB-1, we’re demonstrating that we are prepared to bring back supersonic

The company has already attached the craft’s wings to its fuselage, built its vertical stabiliser and completed landing gear tests, Flight Global reports. 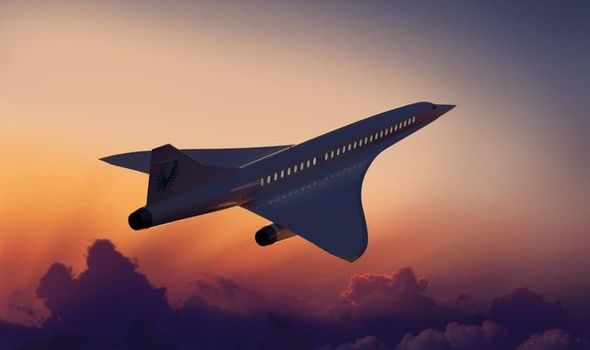 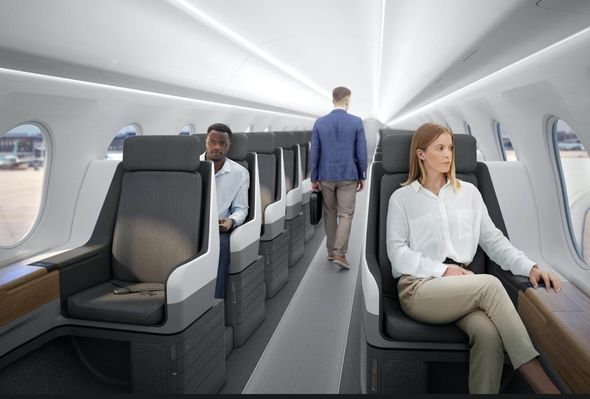 The aircraft will only have room for one pilot – an experienced US Air Force recruit – and will go through testing at California’s Mojave Air and Space Port in 2021.

Boom said in a statement: “With XB-1, we’re demonstrating that we are prepared to bring back supersonic.

“We’re ensuring that the supersonic future is safe and environmentally, and economically sustainable.

“We’ve learned that the demand for supersonic has grown even faster than we anticipated.” 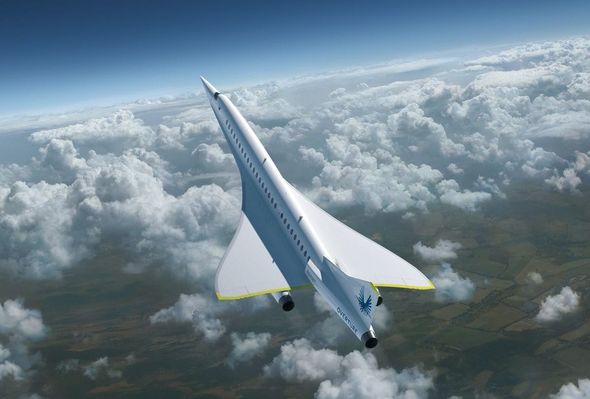 The company’s mission statement reads: “If we can fly twice as fast, the world becomes twice as small, turning far off lands into familiar neighbours.”

If the XB-1 enjoys a successful test flight, Boom Technology will shift its focus to the Boom Overture – a proposed passenger jet with 55 seats onboard.

Both companies have pre-ordered a total of 30 aircraft, putting them at the forefront when the Overture is ready to take passengers

DON’T MISS:
Flights: Beat jet lag by drinking this after a flight
Hand luggage secrets: How to beat easyJet cabin baggage rules with these surprising steps
Flight secrets: Cabin crew member reveals what clothes you should wear on a flight

Blake Scholl, CEO of Boom Supersonic, said: “You’ll be able to fly Overture for a quarter the price of a Concorde ticket, or about the same price you’d pay in business class today. That’s the most important thing.”

Unlike the Concorde, the Overture aims to have oversized windows. 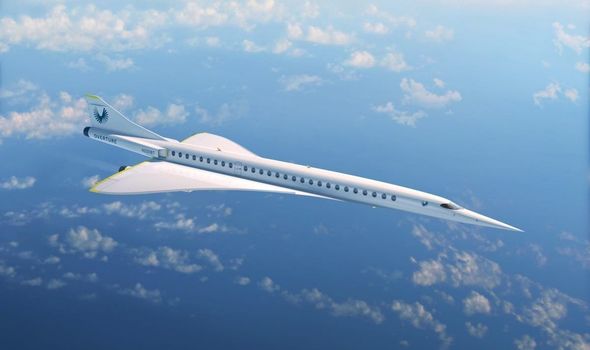 However, passengers will not have too much time to focus on any specific point below as the jet will be moving faster than the speed of sound.

Approximately 17 years since the last supersonic passenger flight and the wait for the next is almost over.

For over three decades, supersonic commercial travel was dominated by the Concorde, the only successful supersonic passenger jet.

Concorde was considered the pinnacle of luxury air travel.

The supersonic plane was known for swiftly shuttling passengers across the Atlantic in record time.

That era of supersonic flight is – for the time being – over.

At the time of Concorde’s demise, nobody knew when it would return as high costs and a public relations disaster scarred Concorde’s legacy.