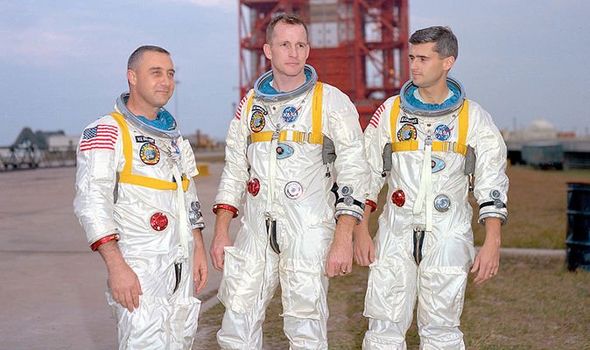 NASA heroes Gus Grissom, Ed White and Roger Chaffee died on the launch pad of Apollo 1 – when an electrical spark ignited the pure oxygen inside the command module and the capsule door proved impossible to open from the inside. The event has gone down as a national tragedy in the USA – one which almost led to the cancellation of the entire Moon Shot. But the deaths of the astronauts – all experienced spacemen in their own right – has triggered mass conspiracy theories that the three were about to reveal NASA would never have the technology to land on the Moon as was intending to fake the entire thing.

And the US security services could not allow this to happen and arranged to have them killed in what looked like an accident on the launch platform.

As the world prepares to celebrate the 50th anniversary of Americans Neil Armstrong and Buzz Aldrin being the first humans to land on the Moon on July 20, 1969, the Moon Landing conspiracy theories have been given a new lease of life.

Of course the entire Moon Shot – from Kennedy’s now famous announcement that “we chose to go to the Moon” to the touchdown in the Sea of Tranquillity 50 years later.

But conspiracy theories have been circulating that the Moon landings were faked. Time has reported some doubters believe the US Government faked the moon landings as they wanted to beat the Russians in getting to the moon first.

Many believe the Moon landing was staged on a secret film set in the Hollywood Hills or even within Area 51.

But the truth is rather less glamorous and even more unforgivable.

The trio were the only fatalities of the NASA space programme, as the Space Agency planned a series of test missions to the Moon in the 1960s.

Apollo 1 was going to be the first manned mission that would test important technologies in Earth orbit.

But while they were on board, the spacecraft was involved in a cabin fire on January 1967 during a launch pad test and they were killed. NASA later admitted using pure oxygen had been a terrible mistake and later missions used oxygen at atmospheric levels. The hatch door which proved impossible to escape from was also altered to have exploding blots. 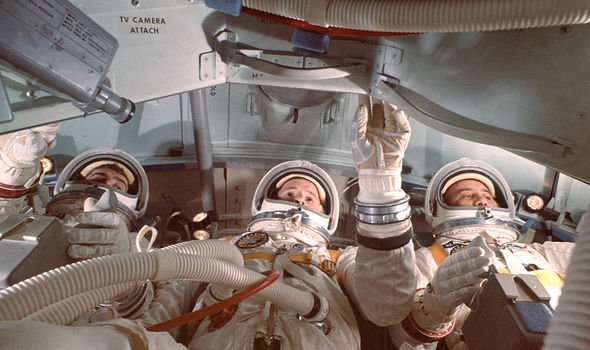 The astronauts who lost their lives were all very influential in the NASA programme during the lead up to the Apollo 1 flight.

Gus Grissom became the second American in space in 1961 when he was on board Liberty Bell 7, which was the second Project Mercury flight.

He was later also the first American person to fly in space twice as the polite of the Gemini 3 spacecraft in orbit in 1965.

Ed White was famously the first American to walk in space during the Gemini 4 spaceflight in 1965 and sent 36 minutes outside the spacecraft. 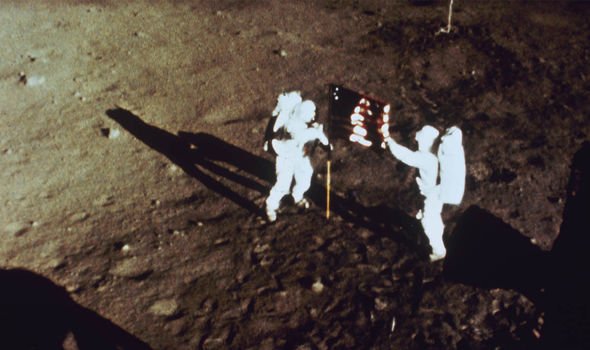 Chaffee was the only one out of them who had not previously flown into space. But he served as capsule communicator on the ground with Grissom for Ed White’s Gemini 4 mission in after being chosen in NASA’s third poll of astronauts in 1963.

On the day of the fire, they were running through different system procedures to prepare Apollo 1 for its launch on February 1, 1967.

But at 6.30pm local time (11.30pm GMT), an unknown electrical spark set fire to the Command Module’s pure, high pressure oxygen atmosphere that was being used to recreate the conditions in orbit.

Despite the astronauts trying to open the hatch, they were unable to escape and died.

This resulted in NASA carrying out many design change to the Apollo craft to make sure it was safer ahead of the mission.