Home » Science » Cosmic cataclysm: What will happen when Andromeda crashes into the Milky Way?

The Andromeda galaxy might be located 2.5 million light-years or 14696563000000000000 miles from Earth. But astronomers are certain the galaxy is hurtling towards at speeds of around 68.3 miles (110km) per second. When the two bodies collide, they will merge into a larger elliptical body dubbed the Milkomeda.

Before the two galaxies collide, astronomer Gemma Lavender said the two bodies will first fly past each other without a direct hit.

The galaxies will, however, pass close enough for their gravities to reach out tear each other apart.

The astronomer described the terrifying scenario in the Haynes Owner’s Workshop Manual for the Milky Way.

Miss Lavender wrote: “Our two galaxies will start ripping chunks out of each other, tidal streams trailing away, their central bars destroyed and their spiral arms twisted this way and that. 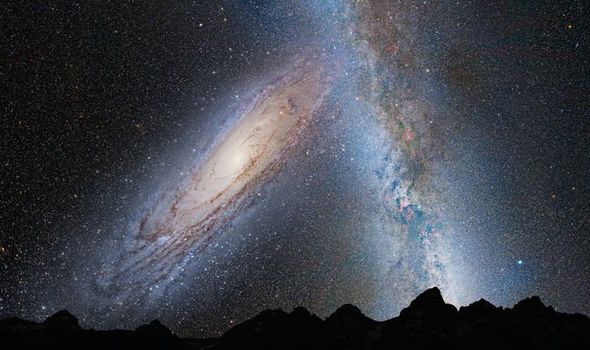 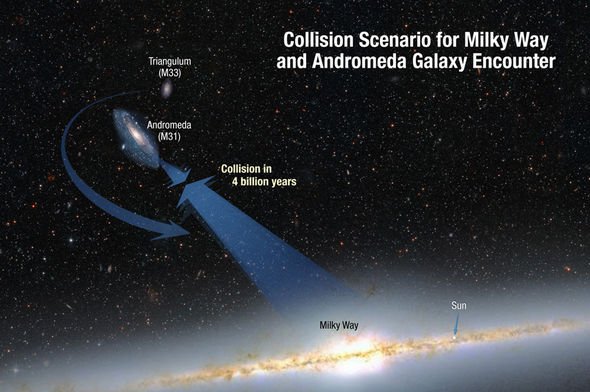 “Perhaps there will be a second close encounter after that as they spiral towards each other, and then, in this deathly gravitational embrace, the two disrupted galaxies will ultimately spin back around and literally fall into each other’s arms, their stars becoming mingled.

“Their molecular gas clouds will meet head-on and huge bursts of star formation will ignite.

“Over hundreds of millions of years, our two galaxies will coalesce into a new giant elliptical galaxy, that has been flippantly nicknamed ‘Milkomeda’.

“Regardless of the name, it will be the greatest transformative event in the history of the Milky Way.”

Unfortunately for us, there is a possibility the merging gravities of Andromeda and the Milky Way will eject our Sun from the galaxy.

Our two galaxies will start ripping chunks out of each other

According to Miss Lavender, there is a 67 percent chance the Sun will be pushed to the outer edges of the newly formed Milkomeda.

The astronomer said the merger “will scatter stars like skittles”.

DON’T MISS
What does the threat of climate change mean for the UK? [ANALYSIS]
An interstellar comet is found racing through the system [PICTURES]
Asteroid collisions ‘can provide the seeds of life [INSIGHT] 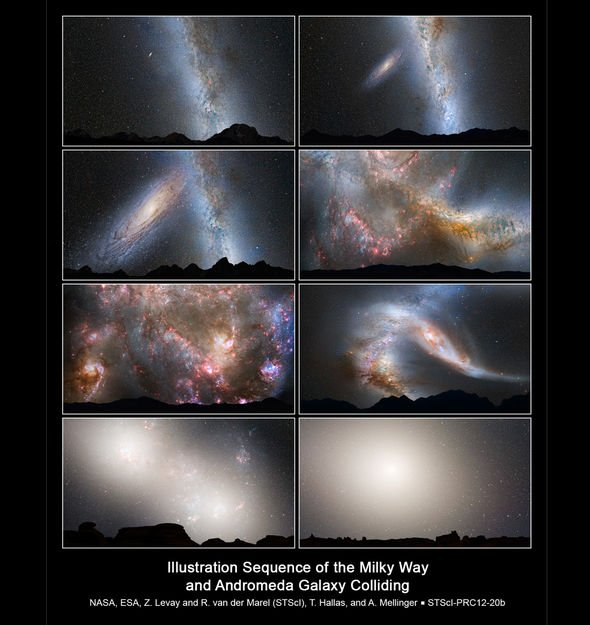 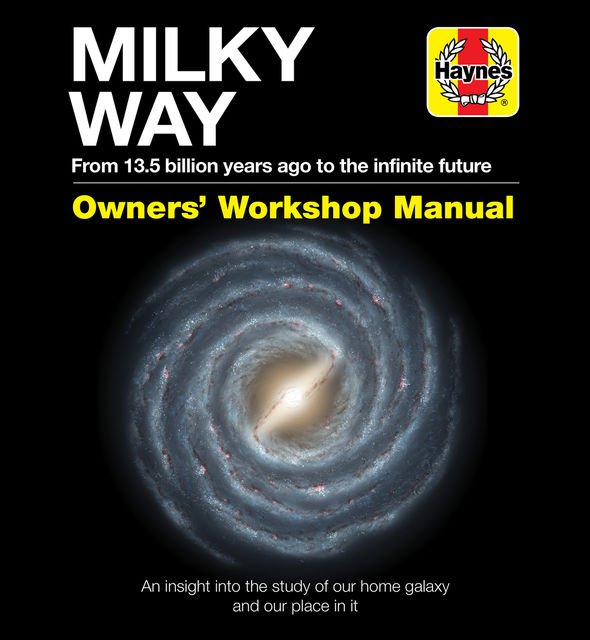 Miss Lavender said: “There’s even a 12 percent chance that the Sun could be ejected from Milkomeda completely, left to spend an eternity drifting lonely through intergalactic space.

“Alternatively, Cox and Loeb calculate that during the second close passage between the Milky Way and Andromeda galaxy there is a three percent chance that Andromeda could steal the Sun and the solar system from the Milky Way, plucking us out with its gravity.

“Of course, we’d only be swapping galaxies for a relatively short while, as the eventual merger will bring us back together again.”

In 2012, NASA astronomers predicted what the galactic merger will look like in our night skies.

Dubbing the event a “titanic collision”, the US space agency said the merger will occur about four billion years from now.

NASA agreed the Sun is likely to be flung into another part of the galaxy.

Thankfully, the Earth and the rest of the Solar system are not in danger of being annihilated.

The Milky Way Owners’ Workshop Manual written by Gemma Lavender is available from www.haynes.com priced at £22.99