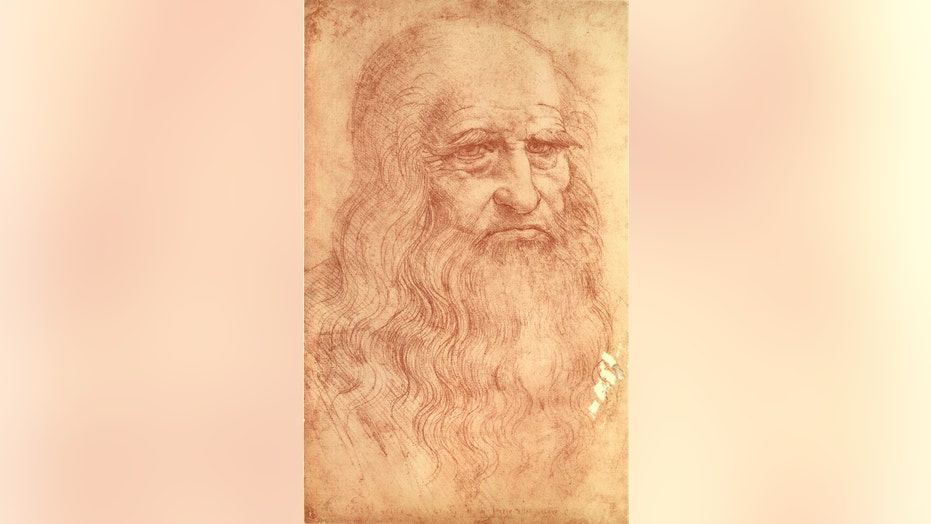 Perhaps the most famous painter, inventor and sculptor ever, Leonardo da Vinci's name resonates in the annals of history. While he may be best known for works such as the "Mona Lisa" and "Salvador Mundi," a bridge design he created for the Ottoman Empire could be his most awe-inspiring work.

The newly analyzed design, written about in a yet-to-be-published study by MIT researchers, shows that da Vinci's concept used a flattened arch tall enough to let sailboats pass underneath the bridge. It would also have been wide enough to use a single arch.

Most of the bridge supports in da Vinci's time used semicircular arches, which according to the statement, "would have required 10 or more piers along the span to support such a long bridge." The bridge would have connected Istanbul to the neighboring city of Galata, according to the researchers. 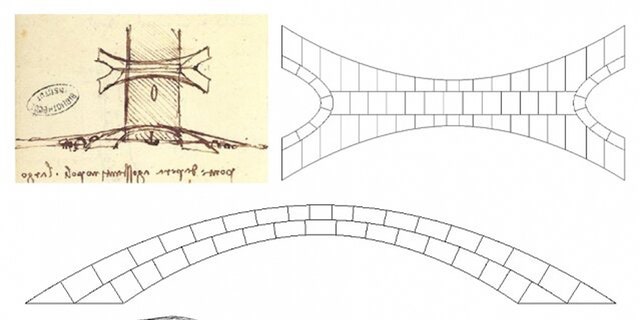 Leonardo da Vinci’s original drawing of the bridge proposal, showing a plan view at top and a side view (elevation) below, including a sailboat passing under the bridge, along with drawings that students Karly Bast and Michelle Xie produced to show how the structure could be divided up into 126 individual blocks that were 3D printed to build a scale model. (Credit: Karly Bast and Michelle Xie)

"It's incredibly ambitious," researcher Karly Bast said in the statement. "It was about 10 times longer than typical bridges of that time."

Bast, along with researcher Michelle Xie, created a 3-D replica of the bridge, taking into account building materials and construction equipment that would have been available to da Vinci 500 years ago.

The researchers looked at the letter da Vinci sent to Sultan Bayezid II, along with the sketch of the bridge found in a notebook of his. He did not indicate the materials that would have been used, but Bast and the other researchers assumed it would have been stone. They also theorized that the stone would not have needed any paste or material to hold it together.

The researchers 3D printed 126 blocks to represent the thousands of stones that would have likely been used. And although the model is 500 times smaller than the design from da Vinci, which would have been nearly 919 feet in length, it's clear that da Vinci's bridge would have succeeded, had it been built.

"Was this sketch just freehanded, something he did in 50 seconds, or is it something he really sat down and thought deeply about? It's difficult to know" Bast said, adding that from the effectiveness of the design, it's clear he put time and effort into it. "He knew how the physical world works." 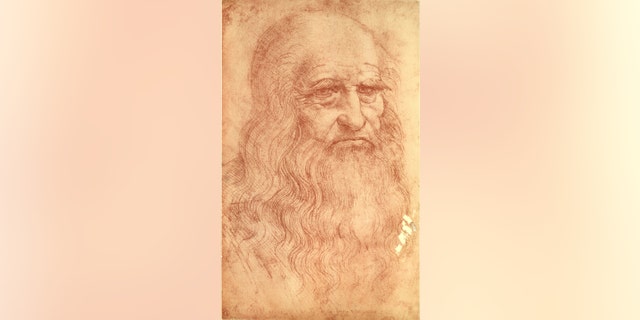 The design from da Vinci also proposed abutments, structures that would extend outwards on either side, "like a standing subway rider widening her stance to balance in a swaying car," according to the statement. This would likely have been used in the event of earthquakes, which were prevalent in the region.

Da Vinci may not have been granted the job, but the researchers are impressed with his design, nonetheless.

"It's the power of geometry" that made the design work, Bast said.  "This is a strong concept. It was well thought out."

The findings were presented at the International Association for Shell and Spatial Structures conference earlier this week.