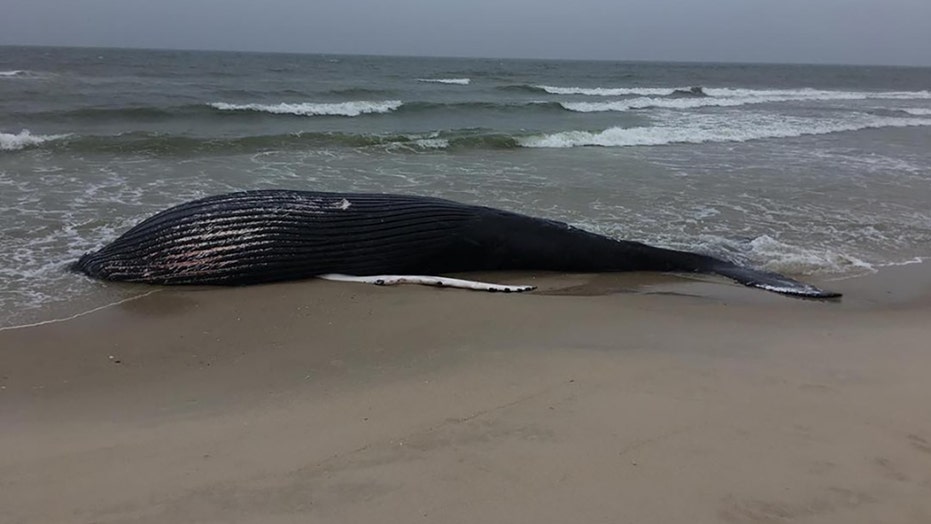 Fox News Flash top headlines for May 6 are here. Check out what’s clicking on FoxNews.com

A 37-foot long humpback whale washed up dead on a Westhampton beach in New York over the weekend, marking the state’s first large whale stranding of the year, officials said.

The female whale was discovered at Cupsogue Beach County Park on Sunday, the Atlantic Marine Conservation Society said. The dead whale would have to remain in place for at least a day as officials arranged for heavy equipment to move the whale, spokeswoman Rachel Bosworth told WNBC.

The female didn’t show signs of serious external injuries, officials told the Southampton Press. The group said it will conduct a necropsy after the whale is removed from the beach. 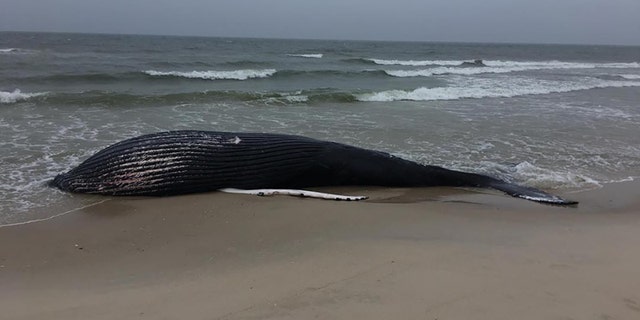 The National Oceanic and Atmospheric Administration (NOAA) said on its website that there’s been an uptick in humpback whale stranding mortalities along the Atlantic coast since 2016, citing a total of 93 deaths from Florida to Maine.

Necropsy examinations were conducted on about half of those whales, of which “about 50 percent had evidence of human interaction, either ship strike or entanglement,” the NOAA said.

The agency declared the elevated death rate an “unusual mortality event,” which it defines as "a stranding that is unexpected; involves a significant die-off of any marine mammal population; and demands immediate response."

The female’s death over the weekend marks New York’s first stranding of 2019. New York has recorded 18 humpback stranding mortalities since 2016, the NOAA said. The stranding numbers in New York have increased year over year from 2016 to 2018.

Humpback whales can grow to more than 60 feet in length and weigh over 40 tons, according to the NOAA. Humpbacks are one of the most commons whale species found in the waters off Long Island, Southampton Press reported.