A stunning meteor shower called the Delta Aquariids will be visible with the naked eye tonight.

Delta Aquariids will provide a steady stream of meteors over several days, starting from the wee hours – and stargazers won’t need a telescope to enjoy the event.

Meteor showers occur when Earth passes through a stream of debris left behind by a comet, causing pieces of dust and rock to burn up in the atmosphere.

Because meteors can be quite faint, it is best to look out for them in a dark sky, free of moonlight and artificial lights with a wide an unobstructed view of the sky.

Delta Aquarids is active from July 12 to August 23, with the peak of the meteor shower taking place in the early hours of July 29 and July 30. 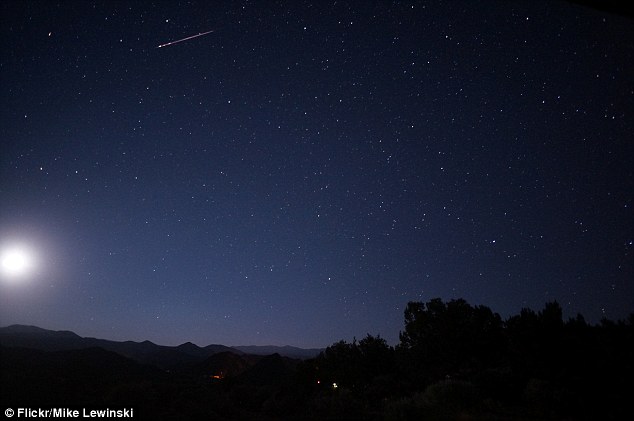 The name of the shower comes from the constellation in the night sky that it appears to be travelling directly outward from, Royal Museums Greenwich (RMG) explains.

‘For the Delta Aquarids, the radiant of the shower lies inside the constellation of Aquarius near the bright star Delta Aquarii.’

‘Your naked eye is the best instrument to use to see meteors – don’t use binoculars or a telescope as these have narrow fields of view. 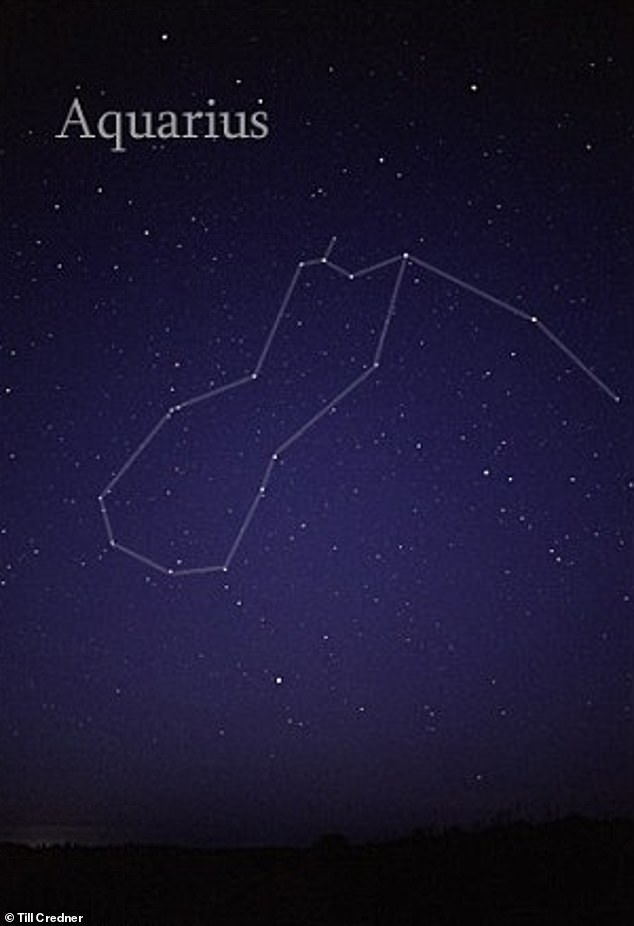 The originating point of the shower – called the radiant – lies above the southern horizon and will reach its highest point around 3:30am tonight.

‘Start your meteor watch from around 2am to increase your chances of spotting meteors,’ says RMG.

‘Once you’ve located Delta Aquarii on the sky, look away from the radiant point – if you look in the direction of the radiant you will only see short meteors.’

The Delta Aquariids is a small to medium shower, reaching a peak rate of around 20 meteors per hour.

Currently, the Moon is in its waxing gibbous phase – meaning about 60 to 70 per cent of its visible surface is illuminated in the night’s sky.

HOW TO VIEW THE DELTA AQUARIDS

For 2020, the moon is in its waxing gibbous phase and so may impact your viewing session.

– Make sure that you are in a dark sky area and have an unobstructed view towards the south.

– Lie down on a blanket or sit in a lawn chair to ensure that you have a wide view of the sky.

– Your naked eye is the best instrument to use to see meteors – don’t use binoculars or a telescope as these have narrow fields of view.

– Allow your eyes to adapt to the dark and don’t look at any lights, or at your phone, to maintain your dark adaptation.

This extra brightness may impact Delta Aquarids viewing sessions, and stargazers are therefore advised to make sure they have an unobstructed view towards the south.

Amateur astronomers should also avoid looking at their smartphones to keep their eyes adapted to the dark.

‘Meteors will appear longer the further away from the radiant you look, so aim your gaze about 45 degrees away from Delta Aquarii,’ RMG said.

While astronomers know that the Delta Aquarids shower occurs every July, little is known about the comet that produces the meteors.

According to the EarthSky website: ‘It was once thought to have originated from the breakup of what are now the Marsden and Kracht sun-grazing comets.

‘More recently, the Comet 96P Machholz has loomed as the primary candidate for being the Delta Aquarids’ parent body.’

NASA also claims that 96P Machholz, discovered in 1986 by amateur US astronomer Donald Machholz, is the suspected comet of origin.

Meteors come from leftover comet particles and bits from broken asteroids, NASA explains on its website.

‘When comets come around the sun, the dust they emit gradually spreads into a dusty trail around their orbits. 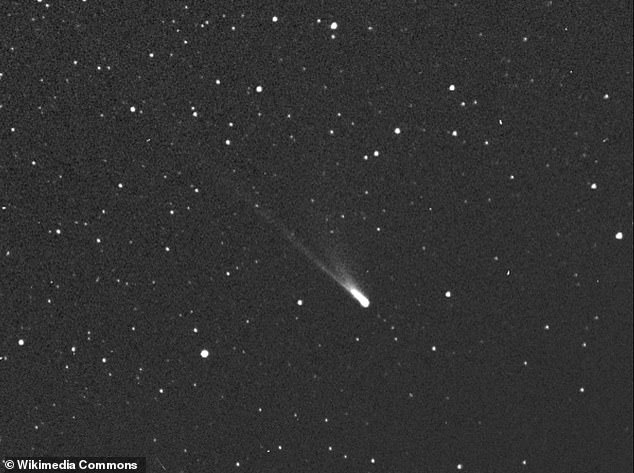 Comet 96P Machholz, the possible origin of the Delta Aquarid meteor shower, was discovered on May 12, 1986, by Donald Machholz

‘Every year the Earth passes through these debris trails, which allows the bits to collide with our atmosphere where they disintegrate to create fiery and colourful streaks in the sky.’

Delta Aquarids kick off the summer meteor season in the northern hemisphere.

The next major meteor shower will be the Perseids in August with over 100 shooting stars per hour at their peak and showing as bright, fast meteors.