Broken bones found in Jeffrey Epstein’s neck are not proof that the disgraced financier was murdered, medical experts said, as some took details of his autopsy to fuel conspiracy theories.

One of those bones was the hyoid, a small U-shaped bone in the front and middle of the neck.

This type of fracture is associated with both suicidal hanging and homicidal strangulation, the Post cited a medical expert as saying.The New York Times also cited a forensic anthropologist who made a similar point. 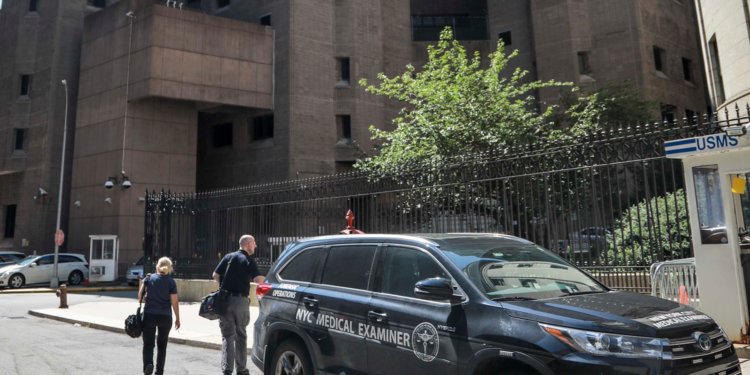 Hyoid ruptures are particularly common among older people who hang themselves, the Post noted. Epstein was 66.

Epstein’s death came as he was awaiting trial on sex-trafficking charges. The Department of Justice has described it as an “apparent suicide.”

But many people, including President Donald Trump, have floated conspiracy theories that other people were involved in the death.

Read more: FBI agents are livid that Trump is amplifying ‘bulls— theories’ about Jeffrey Epstein’s death ‘that have no basis in reality’

Marc Siegel, Fox News’ medical correspondent,told the network on Thursday: “The hyoid bone in the neck being fractured and other fractures in the neck, make it more likely — and again, this is a percentage call — more likely that it was a homicide than a suicide.”

Radio show host Alex Jones, who runs InfoWars, also discussed the possibility that Epstein was murdered, claiming that he was “screaming and begging for his life during his final moments,”according to InfoWars.

As the possibility of strangulation gained traction on Thursday, other medical experts moved to shut down the theory that the broken bones was evidence of foul play.

They stressed that the fractures in his neck are not uncommon among people of Epstein’s age who die by suicidal hanging, and that a hyoid fracture isn’t by itself evidence that someone was murdered.

Gerald Rodts, chief of spinal surgery at the Emory Clinic in Atlanta,told CNN: “The presence of other broken bones in his neck, from a guy hanging 66 years old, is very consistent with suicidal hanging.”

A study of 20 men who died of suicidal hanging,published in the Journal of the Medical Association of Thailand in 2010, also found out that 25% of them had broken hyoid and/or thyroid cartilages.

Jeremy Samuel Faust, an emergency physician at Brigham and Women’s Hospital, alsonoted in Slate that, while the rate of hyoid bone breakage is higher in strangulation, it can still happen during suicidal hanging.

“Finding a broken hyoid bone on the autopsy is hardly a Columbo moment,” Faust wrote. “Given the statistics, and given the context, it remains far more likely that Epstein broke his hyoid while killing himself than that it was broken as he was murdered.” 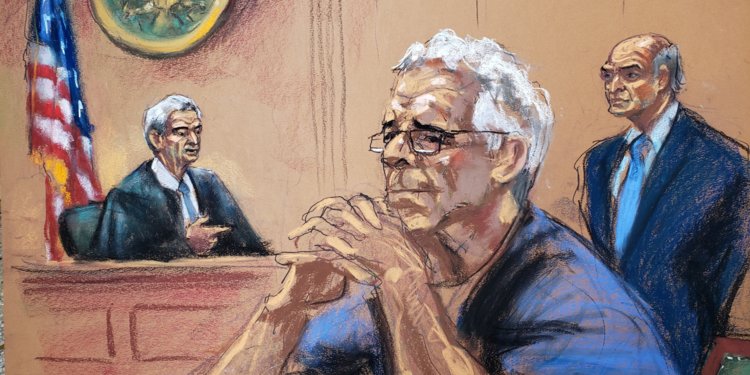 A court sketch of Jeffrey Epstein during a hearing in his sex trafficking case.Reuters

CNN also cited Sanjay Gupta, its chief medical correspondent, as saying that the other broken neck bones found in Epstein’s autopsy “actually suggests much more strongly that it was hanging versus strangulation.”

“You wouldn’t break those other bones during a strangulation,” Gupta said.

Burton Bentley II, the head of a medical consulting firm,told The New York Times that a broken hyoid bone is not enough evidence to determine a cause of death.

He said that other factors — including other markings on the body and what the person had access to before their death — have to be considered.

Using the hyoid bone fracture to suggest that Epstein was murdered is also case of using “incomplete data with incomplete information to try and draw a conclusion about the cause of death,” Gupta told CNN.