The fossilised bones of a theropod, whose family tree includes the most famous of the dinosaurs, the T Rex, have been found in Queensland, which is something of a fossil hotbed. The beast was a huge carnivore and is believed to have been the largest carnivorous beast to have lived in Australia. Remains found by the Australian Age of Dinosaurs Museum and the University of New England include two partial vertebrae, bones from the hands and feet and several other fragments which have yet to be identified.

Experts believe the beast, which has been named the Australovenator wintonensis as it was discovered near Winton, Queensland, lived between 93 and 95 million years ago.

A. wintonensis was around two metres tall, walked on two feet, like the T Rex, and was roughly six metres in length from nose to tail.

The creature weighed up to 1,000 kilograms and may have even hunted in packs, much like the velociraptor – another theropod.

Bones of this type were first discovered in 2017 but the new findings confirm its existence. 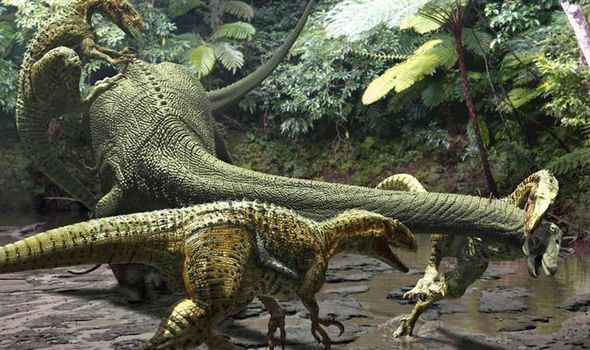 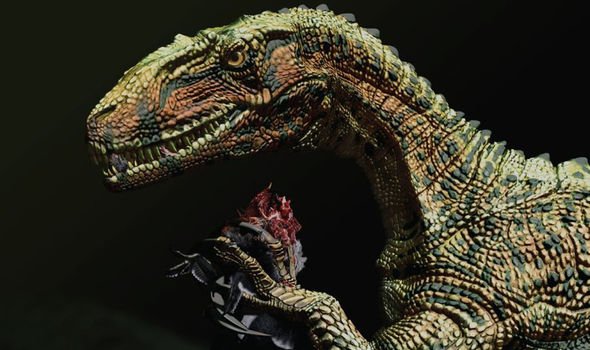 Dr Matt White, lead researcher from the University of New England, said “I would suspect it’s another Australovenator skeleton, but one slightly larger than previously discovered.

“These remains were quite partial, when we had a look they were a slightly different size and shape, but that could be because this animal was slightly older or that there was a male-female size difference.

“With regard to skeletons, this is only the second one we’ve found at Winton in 20-odd years, so that’s quite exciting in itself.

“It’s only the third theropod specimen discovered in Australia that consists of more than one bone.” 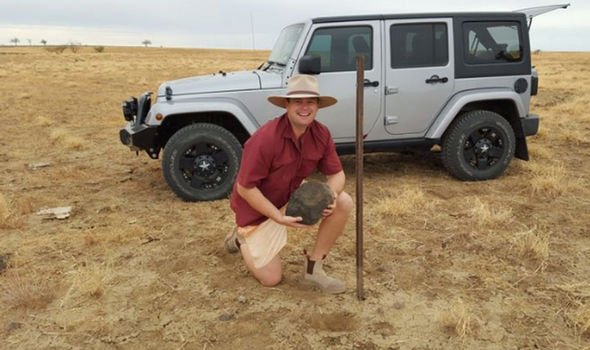 The discovery was made by pure chance, according to Dr White who said palaeontologists were only digging in the area after local grazier Bob Elliott found some fossil remains on his property just outside Winton and called in the Australian Age of Dinosaurs Museum in 2017.

Dr White continued: “We were digging for remains on Bob’s property when we had a big dump of rain, which caused the pit to close for a day or two – it got so muddy.

“So we went looking around surrounding paddocks for fossils instead. One of the organisers stumbled across these bones about 10 minutes later.

“We had a look and it was a pretty exciting deposit. It was quite a fortunate find.

DON’T MISS
How dinosaurs roamed while Earth was on other side of galaxy [VIDEO]
Asteroid alert: Dinosaur-killing space rock INSTANTLY acidified OCEAN [STUDY]
How collision of huge asteroid may have sparked new life on Earth [RESEARCH] 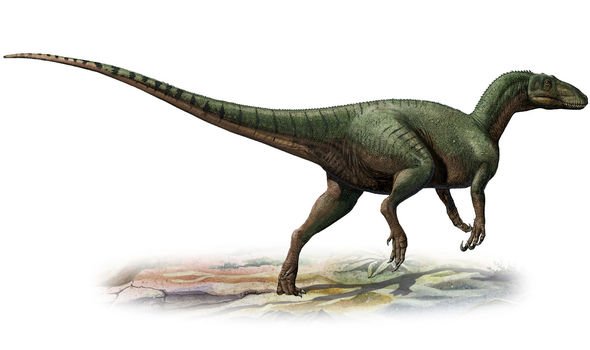 “We flagged it and came back in 2018 and dug the site properly.”

Dr White added that scientists are only just at the “tip of the iceberg” when it comes to dinosaur discoveries in Australia.

He said: “We’re starting to get a better idea of the ecosystem – what was around – we’ve got plants, shells and other fossils. Each year we’re finding something new.”