Dr. Donald F. Klein, whose research into panic attacks, depression, childhood anxiety disorders and related areas reshaped how such conditions are thought about and treated, died on Aug. 7 in Manhattan. He was 90.

His wife, Rachel Klein, said the cause was cardiopulmonary arrest.

In the 1950s Dr. Klein, a psychiatrist with a background in biology, brought a new rigor to the study of whether some psychiatric problems might have a biological basis that could be treated with drugs. Psychotherapy was the go-to tool for treating depression and other problems at the time, and the use of medications was somewhat haphazard.

“Donald Klein began his research career at a time when psychiatry was struggling to find its footing in the broader scientific and medical community,” Dr. Daniel Pine, chief of the Section on Development and Affective Neuroscience at the National Institute of Mental Health, said by email. “One of his most significant contributions was to extend approaches to psychiatry from other areas of medicine.”

Since psychiatric problems aren’t easily measured the way, for instance, a heart rate is, methods to gauge a medicine’s effects were needed. These included clinical observation, a patient’s own reports, and statistical analysis.

“Dr. Klein applied this approach to virtually all of the most impairing mental-health conditions of the last 50 years,” Dr. Pine said, “including problems with mood, anxiety and psychosis.”

His work helped refine the definitions of certain psychiatric disorders and establish the legitimacy of treating them with drugs — a field known as psychopharmacology — along with traditional psychotherapy.

“Don Klein,” he said, “was essentially the father of psychopharmacology.”

Donald Franklin Klein was born on Sept. 4, 1928, in New York City. His father, Jesse, sold orthopedic shoes, and his mother, Rose (Bogachik) Klein, was a homemaker.

He grew up in the Bronx and earned a bachelor’s degree at Colby College in Maine in 1947 at the age of 18.

Despite excellent grades, “I couldn’t get into medical school,” he said in an oral history recorded in 1994 for the American College of Neuropsychopharmacology, “probably because the vets had all come back then, but also anti-Semitism for medical school admission was very real.”

Instead he enrolled in the graduate program in biochemistry and physiology at New York University. After a year there he enrolled at the State University of New York School of Medicine, earning his M.D. in 1952.

Working under Abraham Wikler, who was exploring the relationship between physiology, neurology and addiction, he conducted several drug studies. After two years he returned to Creedmoor. In the late 1950s he joined Zucker Hillside Hospital in Queens, which was known for psychiatric research.

There, working under Max Fink, he became increasingly interested in psychopharmacology, collecting data on the effects of various drugs on various conditions. He noticed that when patients with a particular type of panic disorder that included agoraphobia (fear of the open or crowded places) were given Thorazine, which was thought to be an anti-anxiety drug, they actually got worse, but when they were given Tofranil, an antidepressant, their panic attacks subsided. 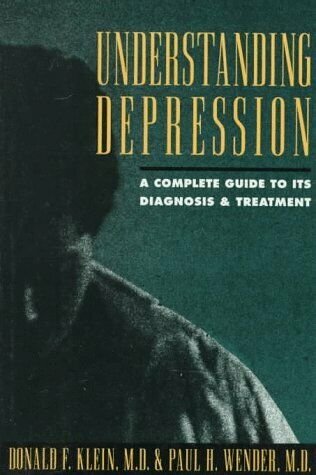 “It struck everyone as very strange you would have an antidepressant drug knock out panic, the worst form of anxiety, and make it possible for patients who were afraid to leave a room to go out by themselves,” he said in the oral history.

He did additional studies and came away with a much more nuanced view of both depression and anxiety, as well as the notion that medicines could be used not only to treat but also to help figure out what was wrong to begin with.

“I came up with this idea of pharmacological dissection,” he said, “putting people together with a similar pattern of response to medication to see if there was something in their baseline state you could use diagnostically.”

That spirit of rigorous inquiry continued when Dr. Klein moved to Columbia University’s College of Physicians in 1976 and became director of research and chief of the Division of Therapeutics at the New York State Psychiatric Institute. He studied depression, panic disorder, the relation between childhood anxiety and problems in adulthood, and much more. And as a teacher, Dr. Koplewicz said, he was “an extraordinary mentor and trained generations of psychiatric investigators.”

Dr. Klein wrote or co-wrote several books, including “Understanding Depression: A Complete Guide to Its Diagnosis and Treatment,” written with Dr. Paul H. Wender, another important figure in psychiatry. That book, published in 1993 and reissued in 2005, was aimed not only at physicians but also at patients and members of their families.

“The public has been subjected to a bewildering flood of books explaining the origins of unhappiness — including depression — and other forms of human misery,” they added. “Most of these books have one thing in common: the positions they advance are not supported by scientific data.”

Dr. Klein, who lived in Manhattan, was sometimes called upon to defend the use of pharmaceuticals in the continuing debate in psychiatry and psychology over whether drugs or therapy sessions are the best way to treat disorders. He was sometimes labeled “anti-therapy,” but he generally supported the use of both approaches. In a tribute posted on the website of the Anxiety and Depression Association of America, Dr. Philip R. Muskin, a professor of psychiatry at Columbia, recalled working with him at the Psychiatric Institute. 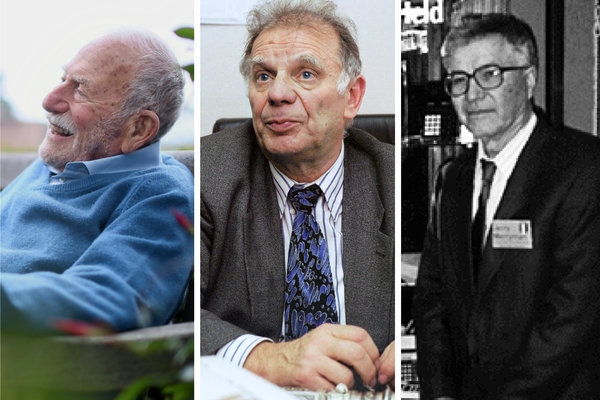 “It was clear Don had studied Freud carefully,” he wrote. “We each had our volume of the Collected Works with us. Mine was pristine, the pale blue book jacket intact, the pages with a bit of wear from reading, but otherwise clean. Don’s book had a torn book jacket, the pages were filled with notes over every open space. There were arrows pointing from one note to the next. This was a volume that had been read, reread, thought about, and thought about again.”

Dr. Pine said that Dr. Klein stayed engaged with advancements and trends in the field even late in life. He was a proponent of the open science movement, which encourages the sharing of research and ideas, a philosophy he had long advocated in his teaching.

Once, Dr. Pine related, a student wanted to test a “particularly good idea” — the student’s words — and before telling Dr. Klein what it was, asked him to promise not to spread it around for fear that another student would steal it.

“So I want to make sure I understand,” Dr. Klein is said to have told the student. “You only want me to share your bad ideas?”

Neil Genzlinger is a writer for the Obituaries Desk. Previously he was a television, film and theater critic. @genznyt • Facebook