Some of the oldest ‘fossils’ on Earth may not be fossils at all but just ‘chemical gardens’ that mimic the composition and structure of ancient life, study reveals

The earliest and deepest fossils found in rocks and soil on Earth may just be a ‘chemical garden’ rather than an early sign of life, a new study claims.

Microscopic tubes made of iron-rich minerals are common in ancient rocks and have often been interpreted as once living or connected to something once living.

These types of materials also include the oldest fossils on Earth and the closest we have to the fossils that might form in the subsurface of Mars.

A new study by Dr Sean McMahon, The University of Edinburgh found that in fact some of these early fossils are simply chemical gardens rather than signs of life. 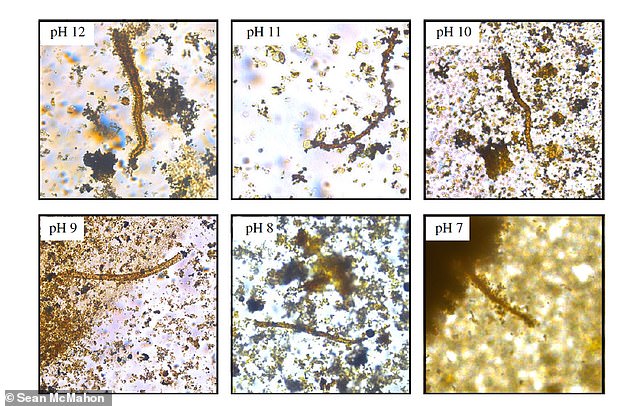 Photomicrographs of individual filaments grown in sodium carbonate solution. Using chemical processes to recreate ‘chemical gardens’ Dr McMahon was able to theorise that many early fossils had no connection to life

‘Chemical gardening is likely to occur in nature and may explain the widespread occurrence of these minute structures in rocks,’ said Dr McMahon.

‘They therefore cannot be assumed to represent fossil microbes without good corroborating evidence’.

The team behind the study created ‘chemical gardens’ to see if they would respond and look the same as the early fossils previously thought to have their origins in life.

Dr McMahonsaid: ‘The study revealed that the self-organizing behaviour of some chemical reactions can produce iron mineralized filaments similar to microstructures found in diverse rocks of all ages, which have been interpreted as fossil microorganisms.’ 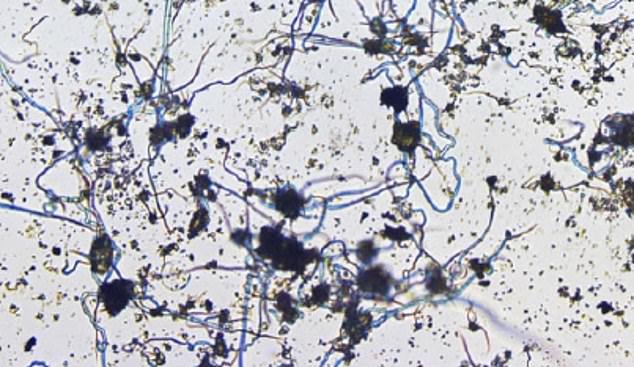 Numerous straight and irregularly curved siliceous filaments attached to the knob-like remnants of iron sulfate seed grains. He hopes the study will help better inform decisions over which rocks to bring back from Mars 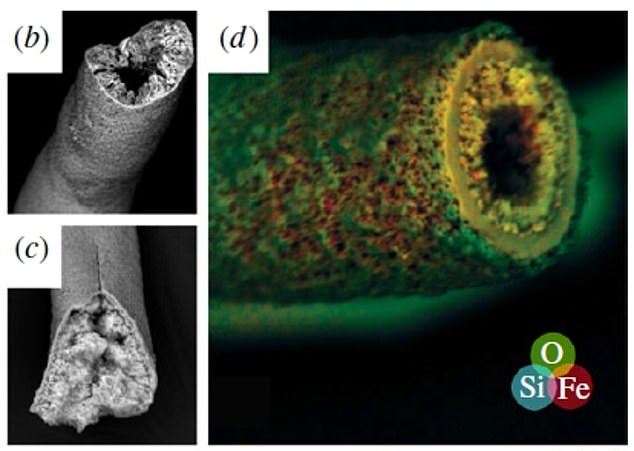 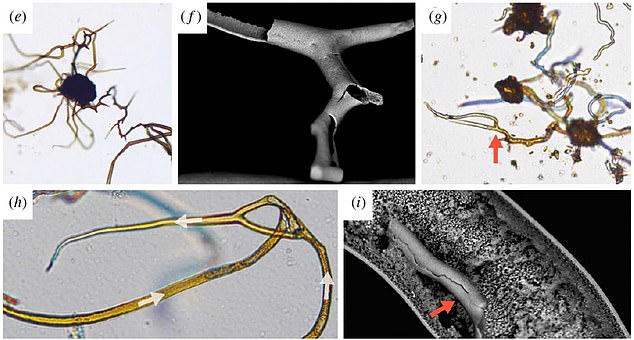 The research could help future Mars mission leaders decide which types of rock samples to return to Earth in their search for ancient signs of life on the Red Planet.

‘Looking for iron-mineral filaments selected on morphological grounds would make a questionable sample-return target when searching for evidence of early life on Mars,’ he said.

NASA and the European Space Agency (ESA) have a mission to send a rocket and rover to Mars to pick up rock samples collected by the Mars 2020 rover.

The samples will be captured from the Jezero crater on Mars near a fossilised four billion year old river delta that could contain signs of ancient life.

That mission is expected to return the collected samples by 2031.

The study has been published in the journal Proceedings of the Royal Society B.

WHAT ARE THE OLDEST FUNGI EVER DISCOVERED?

For many years, fungi were grouped with, or mistaken for plants.

Not until 1969 were they officially granted their own ‘kingdom’, alongside animals and plants, though their distinct characteristics had been recognised long before that.

Yeast, mildew and molds are all fungi, as are many forms of large, mushroom-looking organisms that grow in moist forest environments and absorb nutrients from dead or living organic matter.

Unlike plants, fungi do not photosynthesise, and their cell walls are devoid of cellulose. 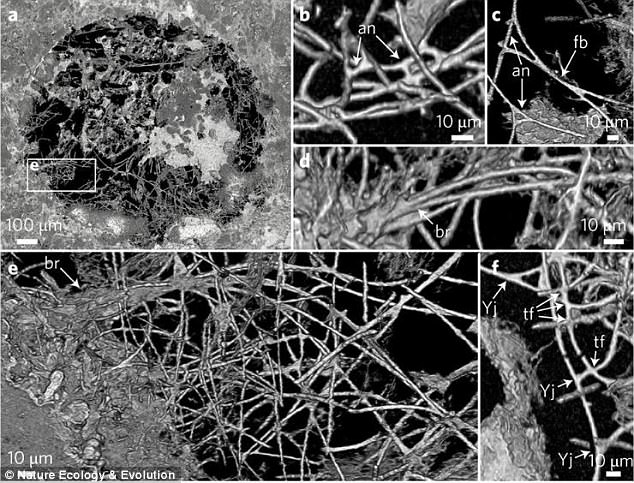 Geologists studying lava samples taken from a drill site in South Africa discovered fossilised gas bubbles, which contained what could be the first fossil traces (pictured) of the branch of life to which humans belong ever unearthed

In April 2017, they revealed that they are believed to contain the oldest fungi ever found.

Researchers were examining samples taken from drill-holes of rocks buried deep underground, when they found the 2.4 billion-year-old microscopic creatures.

They are believed to be the oldest fungi ever found by around 1.2 billion years.

Earth itself is about 4.6 billion years old. 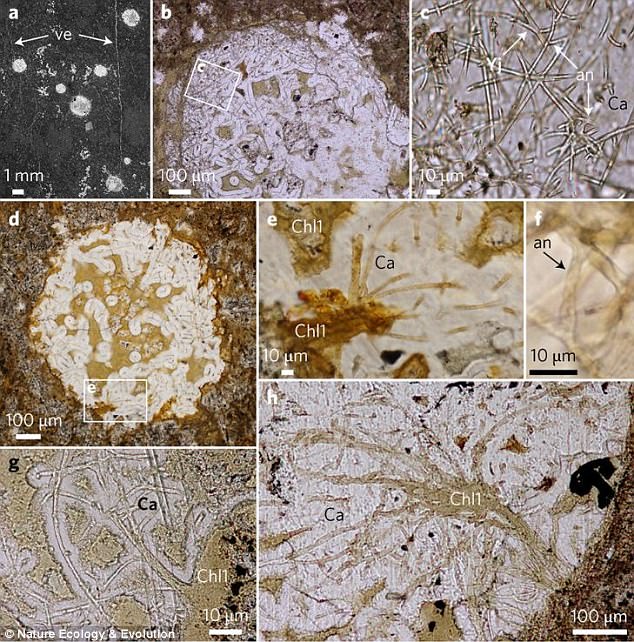 Earth itself is about 4.6 billion years old and the previous earliest examples of eukaryotes – the ‘superkingdom’ of life that includes plants, animals and fungi, but not bacteria – dates to 1.9 billion years ago. The fossils have slender filaments bundled together like brooms (pictured)

They could be the earliest evidence of eukaryotes – the ‘superkingdom’ of life that includes plants, animals and fungi, but not bacteria.

The previous earliest examples of eukaryotes – the ‘superkingdom’ of life that includes plants, animals and fungi, but not bacteria – dates to 1.9 billion years ago. That makes this sample 500 million years older.

It was believed that fungi first emerged on land, but the newly-found organisms lived and thrived under an ancient ocean seabed.

And the dating of the find suggests that not only did these fungus-like creatures live in a dark and cavernous world devoid of light, but they also lacked oxygen.