Earthquakes today have struck the Pacific Ring of Fire, the most seismically active area in the world. Geologists with the United States Geological Survey (USGS) detected a total of 54 quakes cropping up around several countries.

The earthquake, which was detected by the USGS at 6.40am, slammed the island with a magnitude of 4.

Tremors touched down in the Hawaii National Park, to the southeast of the volcano.

According to the USGS, there is a 69 percent at least one person could die, and a similar 65 percent chance of at least £750,000 of damages. 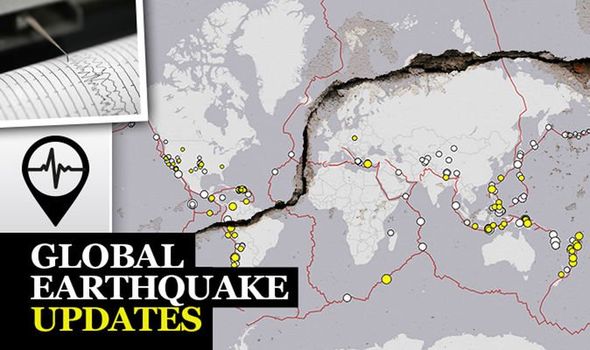 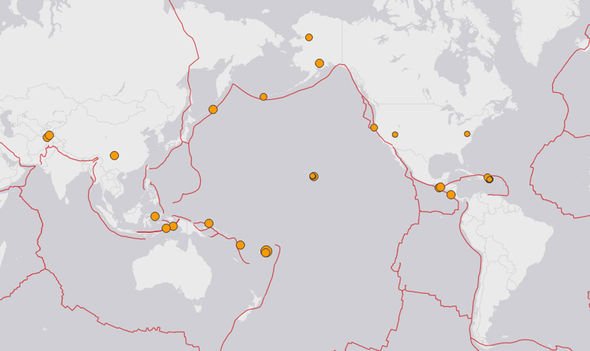 The USGS warned earthquakes in the area have caused secondary hazards such as landslides before.

They added: “Overall, the population in this region resides in structures that are resistant to earthquake shaking, though vulnerable structures exist.

The USGS reported no injuries in the aftermath of the earthquake, with island residents reporting light or mild shaking. 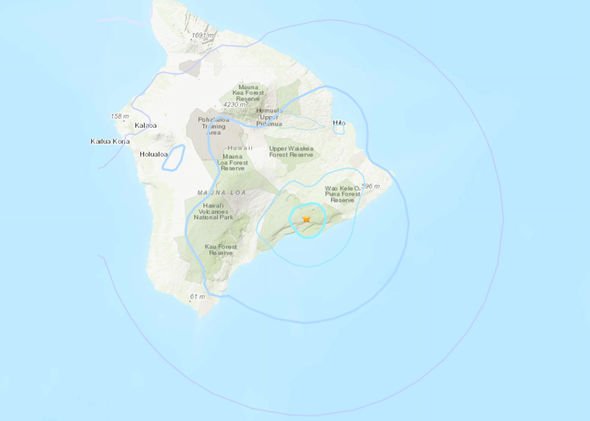 Four more earthquakes – ranging from magnitude 2.5 to 2.7 – shook Big Island through the rest of the day without consequence.

Officials from the Hawaiian Volcanoes Observatory (HVO) reported no changes to Kilauea or nearby volcano Mauna Loa.

In a press release, HVO seismologist Brian Shiro said: “We see no detectable in changes in activity at the summits or along the rift zones of Kilauea or Mauna Loa as a result of this earthquake.”

HVO added it had detected 20 earthquakes of magnitude four or greater at Kilauea’s south flank over the last two decades. 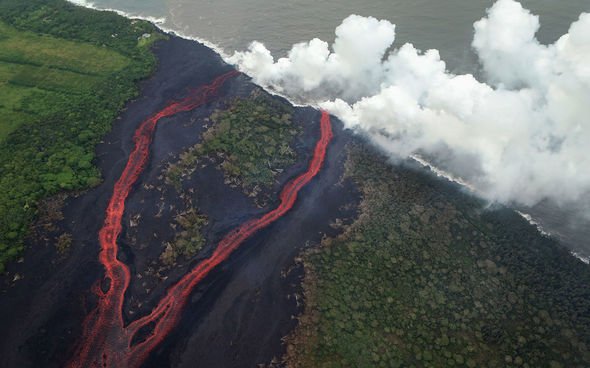 Kilauea famously blew its top in 2018, spewing out lava over approximately 13.7 miles of land on Big Island from May to September.

Authorities estimate the volcano caused £615 million in property damage, but it has remained quiet since September 2018.

The USGS currently has it on a “normal” alert level, stating they have observed only “minor geologic changes” since 2018.

They added some conditions continue to pose potential dangers to people coming within close proximity to the volcano.

The USGS said: “Although not currently erupting, areas of persistently elevated ground temperatures and minor release of gases are still found in the vicinity of the 2018 lower East Rift Zone fissures.

“These include steam (water), very small amounts of hydrogen sulfide, and carbon dioxide.

“These conditions are expected to be long-term.”

The agency added similar conditions following an eruption in 1955 continued for “years to decades”.