Egypt: Architect develops theory about inside of pyramids

The fragment of cedarwood dates back 5,000 years to the building of the pyramid at Giza. And although the relic was first discovered in the 19th century, the artefact was lost again for more than 70 years. A record found in 2001 appeared to show the fragment – discovered alongside a ball and a bronze hook thought to be used for building the Pyramids – had been donated to Aberdeen University.

However, the ancient artefact seemingly disappeared without a trace until the end of 2019.

It has been like finding a needle in a haystack

The discovery was all the more remarkable because it was been found in a misplaced cigar tin in a Scottish university collection.

Assistant curator Abeer Eladany – originally from Egypt – made the chance discovery in the university’s Asia collection.

After noticing the tiny cigar tin she found bore an old Egyptian flag, and realising it did not belong with the other pieces, she cross-referenced it with other records. 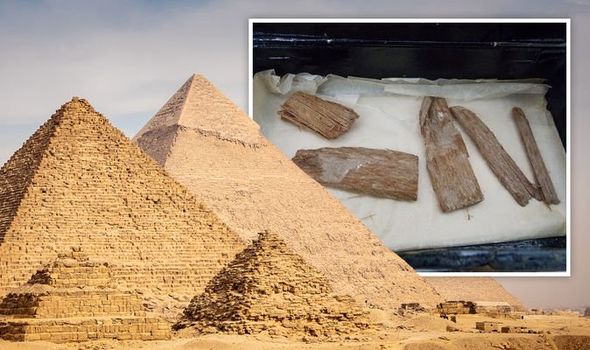 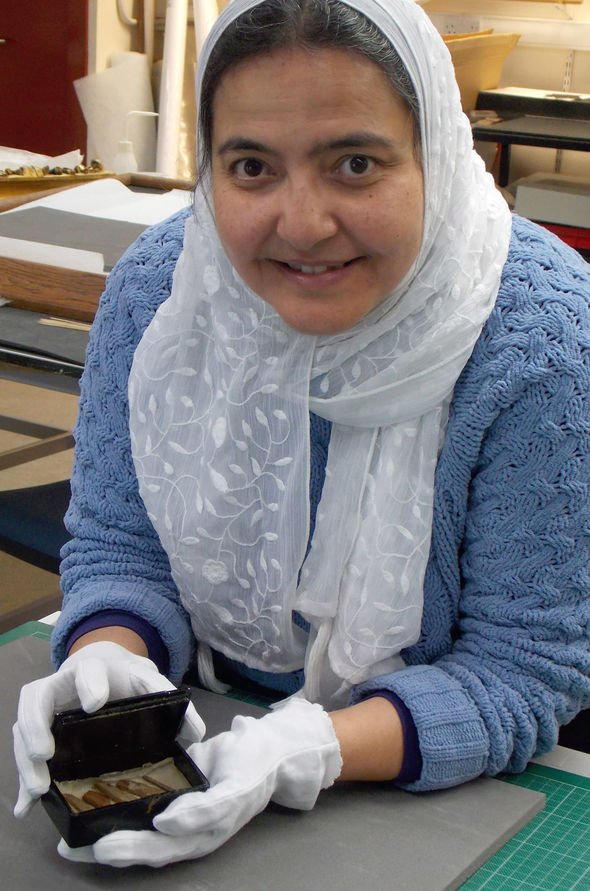 She said in a statement: “It has been like finding a needle in a haystack.

“Once I looked into the numbers in our Egypt records, I instantly knew what it was, and that it had effectively been hidden in plain sight in the wrong collection.

“I’m an archaeologist and have worked on digs in Egypt but I never imagined it would be here in northeast Scotland that I’d find something so important to the heritage of my own country.”

The wood fragments are thought to have initially measured approximately 13cm (five inches) but now in several pieces. 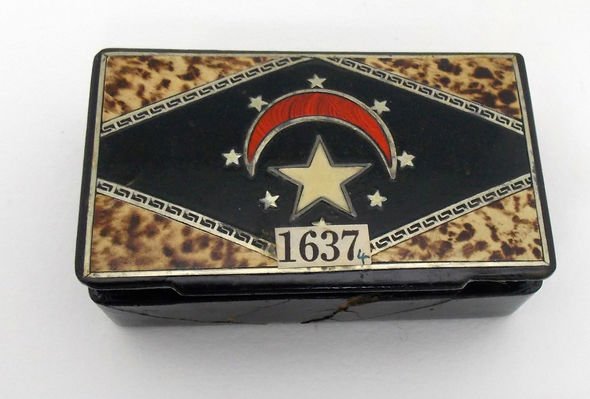 The discovery was first made in the Great Pyramid’s Queen’s Chamber in 1872 by engineer Waynman Dixon.

The fragments then made their way to Aberdeen because of a link between Mr Dixon and medical doctor James Grant.

Dr Grant studied at Aberdeen University and travelled to Egypt to treat cholera in the mid-1860s.

More evidence that the lost piece of wood, and other items known as the “Dixon relics” could have been used in the construction of the Great Pyramid has accumulated following modern tests on the ancient artefact.

Carbon dating results have placed the wood at somewhere between 3341 and 3094 BC, well before the pyramid construction.

This corroborates the theory the items were left behind by builders instead of later explorers.

Neil Curtis, head of museums and special collections at Aberdeen University, described results from the carbon dating a “revelation”.

He added: “It is even older than we had imagined.” 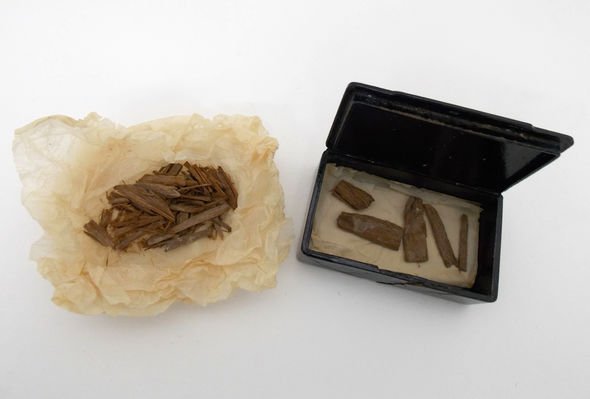 ”This discovery will certainly reignite interest in the Dixon relics and how they can shed light on the Great Pyramid.”

A 1993 robotic exploration of the pyramid provided archaeologists with a view of the much larger piece of wood the cedar originally belonged to.

The pyramid was constructed to house the remains of Pharaoh Khufu (2580 to 2560 BC).

It features only three known interior spaces: the Queen’s Chamber, the King’s Chamber and the Grand Gallery.