During the presentation, held in California, Mr Musk attempted to demonstrate the strength of his vehicle. The truck was hit with a sledgehammer which left no visible damage.

However, when an assistant threw a metal ball at the window to show its resilience it was partially smashed.

Mr Musk joked: “It didn’t go through, that’s the plus side.”

Earlier he had claimed the vehicle is “literally bulletproof to a 9mm handgun”. 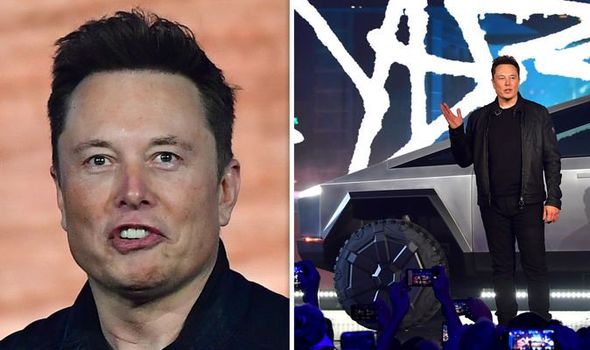 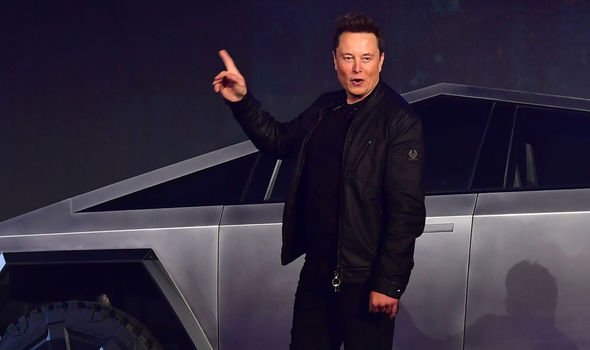 Appearing on the Recode Decode podcast last year Mr Musk admitted his futuristic vehicle might struggle in the market.

He commented: “You know, I actually don’t know if a lot of people will buy this pickup truck or not, but I don’t care. 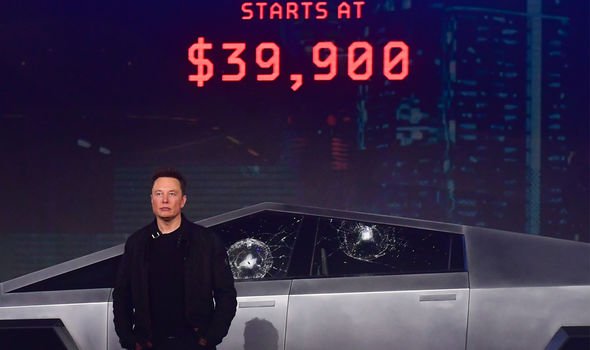 “If there’s only a small number of people that like that truck, I guess we’ll make a more conventional truck in the future.”

Production of the basic cybertruck will begin in 2021, with work on the most advanced version commencing a year later.

The most expensive cybertruck model will be able to carry 3,500 pounds of material or tow a maximum of 14,000 pounds.

Fully charged it will have a range of 500 miles, though the most basic version will run out of power after 250 miles. 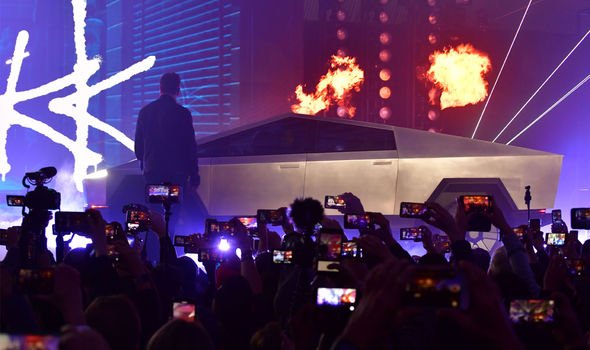 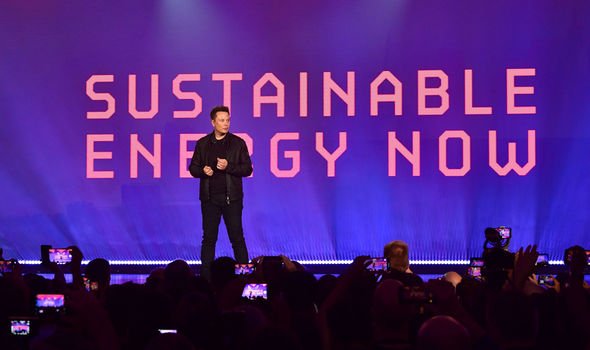 On Twitter Mr Musk posted: “Tesla cybertruck (pressurised edition) will be the official truck of Mars.”

The entrepreneur is a high profile advocate of human colonisation of space and his website sells ‘Occupy Mars’ t-shirts.

Mr Musk is also the founder and CEO of SpaceX, a private company that is working with NASA to develop human space travel.

In 2018 shares in Tesla fell by 6 percent after Mr Musk smoked marijuana live on a popular podcast.

In total the businessman’s net worth is estimated at over $20billion (£15.6billion). 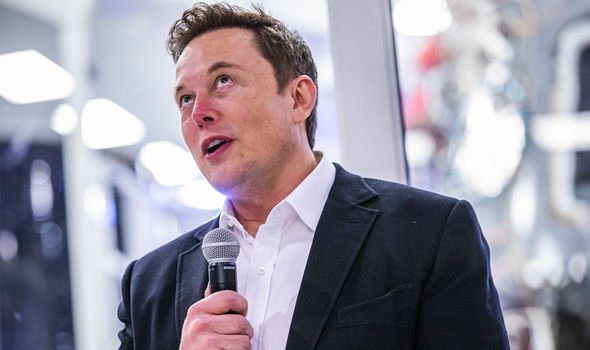 The high profile entrepreneur was made a Fellow of the Royal Society last year.

Mr Musk has spoken out repeatedly about the risk to humans of global warming and the new electric truck is designed to help address this issue.