The Holy Temple of Jerusalem is at the heart of the Jewish faith in the Holy Land. To date, two temples have towered over the ancient city on the Temple Mount, only to be destroyed by invading forces. The First Temple was toppled in 586 BC by the Babylonian king Nebuchadnezzar, during his conquest of Jerusalem.

The Second Temple was then razed by the Romans in the year 70 AD following a Jewish revolt.

What remains of the Second Temple is an outer wall, the so-called Western Wall or Kotel, near Jerusalem’s Temple Mount.

And with access for prayer barred to the Temple Mount’s al Aqsa Compound to non-Muslims, the Western Wall is considered the holiest of places of prayer in the Jewish world.

But an expert believes plans are now well underway for a Third Temple to be constructed, and with it, comes the promise of biblical prophecy coming to fruition. 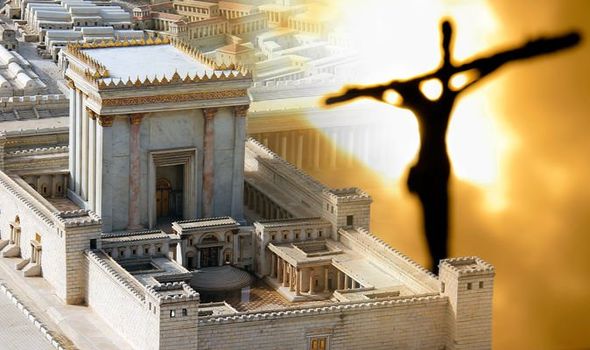 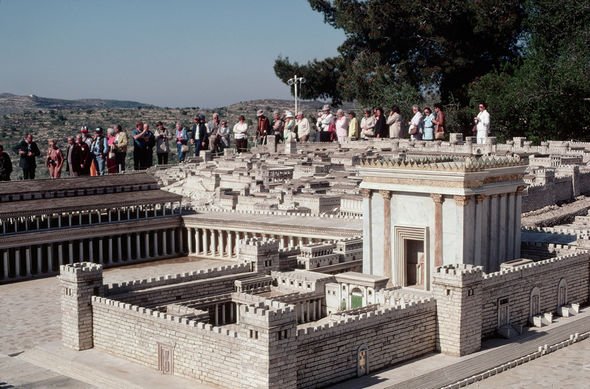 Tom Meyer, a professor in Bible and theology at Shasta Bible College and Graduate School in California, US, told Express.co.uk groups like the Temple Institute are unwittingly paving the way for the Second Coming of Christ.

According to some interpretations of the Bible, the Third Temple will rise in the final days to welcome the arrival of the Messiah, who according to the Jewish faith is yet to make an appearance.

Biblical prophecy also states the Antichrist will attempt to proclaim himself the true Messiah within the Holy Temple.

2 Thessalonians 2:2-4, for instance, reads: “Now we beseech you, brethren, by the coming of our Lord Jesus Christ, and by our gathering together unto him,

“That ye be not soon shaken in mind, or be troubled, neither by spirit, nor by word, nor by letter as from us, as that the day of Christ is at hand.

“Let no man deceive you by any means: for that day shall not come, except there come a falling away first, and that man of sin be revealed, the son of perdition;

“Who opposeth and exalteth himself above all that is called God, or that is worshipped; so that he as God sitteth in the temple of God, shewing himself that he is God.”

Professor Meyer said: “Plans are well underway in Jerusalem for the construction of a third Jewish Temple and perhaps the fulfilment of Biblical prophecy.

“There is an increasing national desire by many religious and non-religious Jews to see the Temple built in their lifetimes.

“A survey done by The Joint Forum of Temple Mount organizations in 2013 found that 43 percent of religious Jews and 31 percent of secular Jews supported the immediate reconstruction of Judaism’s most holy place.

“The human vehicle to bring this Biblical prophecy to fruition could come through not only changing the status quo to permit Jews to pray to YHWH on the Temple Mount – which 60 percent of Jews support – but also through organizations like The Temple Institute.”

Professor Meyer believes a status quo over access to the Temple Mount could mirror that of the Tomb of Abraham in Hebron, in the West Bank.

Known as the Cave of the Patriarchs or the Sanctuary of Abraham, the holy site is accessed for prayer by Muslims and Jews alike. 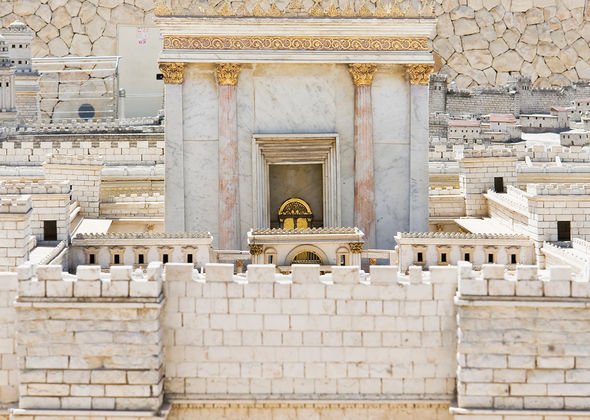 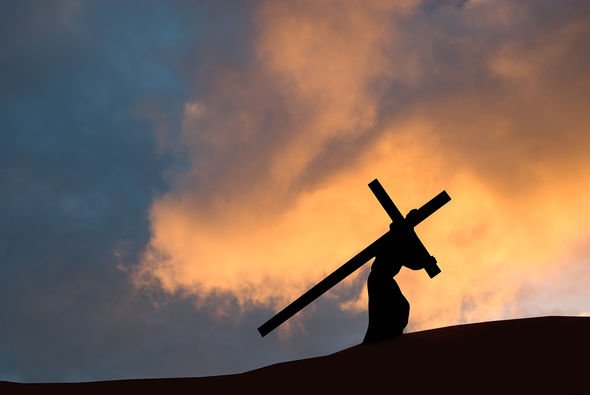 Professor Meyer said: “The Temple Institute exists in part to bring about for the Third Temple.

“It has received some funding from the Israeli government and donations from Jewish billionaires to achieve their objective.

“The organisation has already reconstructed all the necessary ritual objects needed for an animal sacrificial system like measuring cups, shovels, tongs, lavers, etc according to their ancient specifications.

“The Temple Institute has also not only begun educational programs to train young men who can prove their lineage through the line of Levi to function as priests in the future Temple, but they have also recreated all the necessary garments for the priesthood including the famous uniform of the High Priest, his breastplate and golden crown.

“The furniture to be placed inside the actual Temple like the table of shewbread, the altar of incense, and the golden menorah have already been completed.”

A golden menorah dedicated to the Third Temple is now on public display in Jerusalem, and Professor Meyer thinks it will one day find a new home on the Temple Mount.

Blueprints have also been produced to set the stage if the construction of a Third Temple becomes a reality.

“Groups like the Temple Institute are perhaps unintentionally paving the way for the fulfilment of Bible prophecy and the Second Coming of Jesus Christ, the true Jewish Messiah.”