When a low-mass star like the Sun burns up all of its fuel, it dramatically sheds its outer layers until it becomes a so-called red giant. These outer layers spread through the star’s immediate vicinity, threatening to completely annihilate any planet in their way. The star itself will then shrink down and become a super-dense white dwarf star while it slowly loses heat over trillions of years. Any planet caught in this cosmic cataclysm would be extremely lucky to survive but there are some planets in particular, which are best suited to weather the storm.

Astronomers at the University of Warwick in the UK have found small, rocky worlds are the most likely planets survive a star’s explosive death.

Planets like these tend to be packed with hardy elements, which can withstand the gravitational “tidal waves” of an expanding star.

The incredible findings were published today (May 14) in the journal Monthly Notices of the Royal Astronomical Society.

Warwick’s astronomers studied the effects of stellar deaths on planets ranging in size from so-called super-Earths to minor exo-Earths. 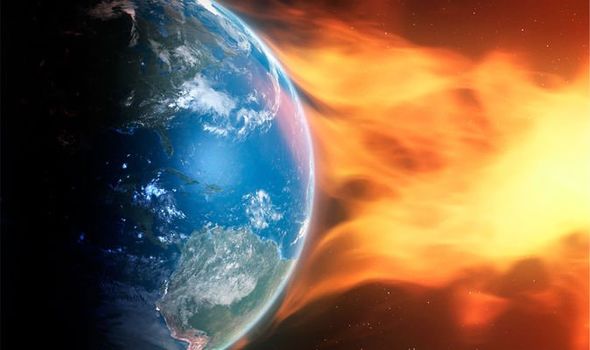 Dr Dimitri Veras, from Warwick’s Department of Physics, said: “The paper is on elf the first-ever dedicated studies investigating tidal effects between white dwarfs and planets.

“This type of modelling will have increasing relevance in upcoming years, when additional rocky bodies are likely to be discovered close to white dwarfs.”

But what do the study’s findings mean for the future safety of the Earth?

Astronomers predict our 4.6 billion-year-old star will continue to burn for another five billion years or so before it expands into a red giant.

But once that happens, Warwick’s astronomers are not entirely sure what will happen to a “multi-layered” planet like our Earth.

A multi-layered planet, like Earth, would be significantly more complicated

Dr Veras said: “Our study, while sophisticated in several respects, only treats homogenous rocky planets that are consistent in their structure throughout.

“A multi-layered planet, like Earth, would be significantly more complicated to calculate but we are investigating the feasibility of doing so too.” 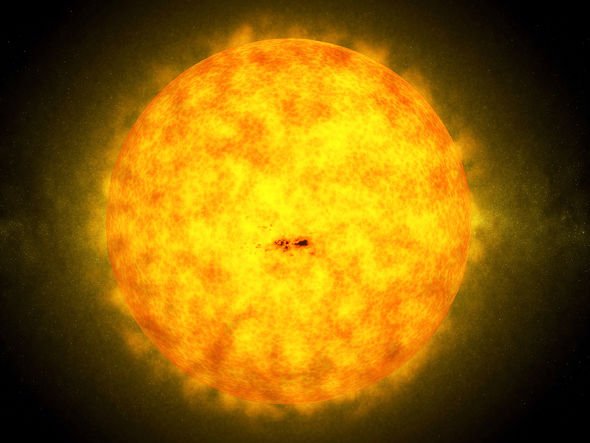 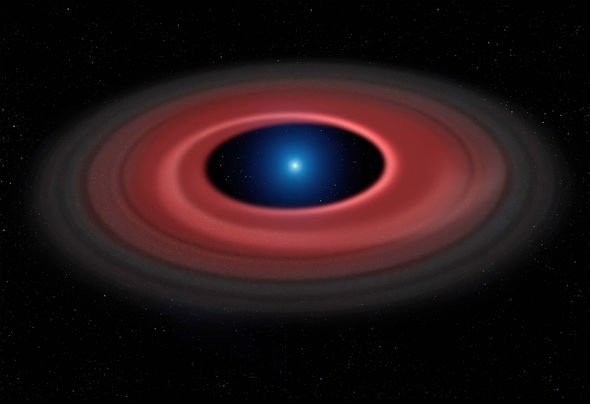 Another factor to consider is the planet’s distance from its dying star.

The Earth sits from the Sun at an average distance of approximately 93 million miles (149.6 million km) – a measure of distance known as a single astronomical unit (au).

Warwick’s astronomers believe there is a safe distance from a star, which measures just more than a third of the distance between our Sun and Mercury.

On average, the scorching planet sits from the Sun at a distance of 36 million miles (57.9 million km).

Dr Veras said: “Our study prompts astronomers to look for rocky planets close to – but just outside of – the destruction radius of the white dwarf.

“So far observations have focused on this inner region but our study demonstrates that rocky planets can survive tidal interactions with the white dwarf which pushes slightly outward.

“These signatures could be the result of gravitational perturbations from a planet which resides just outside the destruction radius.”