An earthquake of magnitude 6.4 struck the town of Petrinja, 30 miles from Croatia’s capital of Zagreb this morning. Shocking video footage showed extensive damage to buildings and rescuers rushing to the scene to help with the recovery effort. The German Research Centre for Geosciences said the quake hit at a depth of six miles and reports suggested tremors were felt in Austria, Germany, Italy and Hungary.

Zagreb lies in the vicinity of a major southeast–dipping reverse fault and there have been several earthquakes in the region recently.

According to a map produced by EU researchers, the Balkan and Mediterranean countries, as well as Turkey, are all at higher risk of earthquakes than many other parts of Europe.

Experts at the EU-funded SHARE project produced the map displaying which parts of Europe are under the most threat by using data from more than 30,000 European earthquakes with a magnitude larger than or equal to 3.5 on the Richter scale since the year 1000. 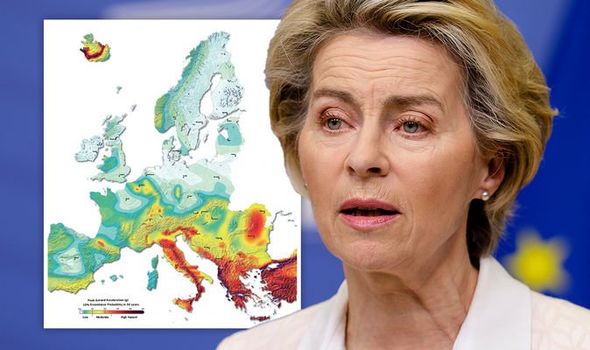 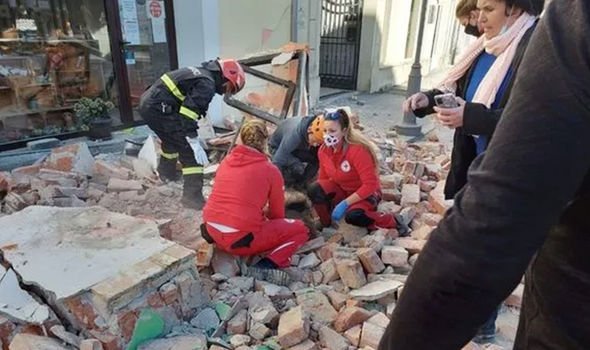 In Izmit, a strong earthquake measuring 7.6 on the Richter scale killed 17,000 people, while in L’Aquila a 5.9 magnitude quake killed more than 300 people and destroyed much of the city.

The team cross-referenced the data with more than 1,000 active faults in Europe which covered a combined distance of 40,000 miles.

All the information was portrayed on a single map that showed thick purple zones running through south-east Europe where earthquakes are most likely.

Parts of Croatia featured dark red patches, showing they were at a “high hazard” risk of earthquakes. 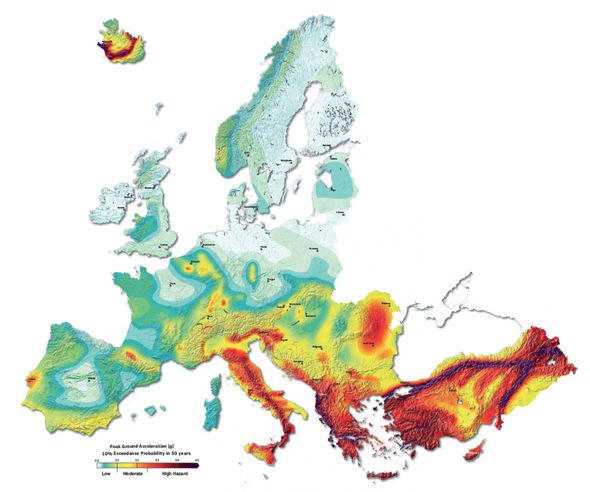 The map also shows earthquake “hotspots” near Brussels in Belgium, Lisbon in Portugal, Budapest in Hungary and along the Pyrenees mountain range.

Researchers said the “hotspots” near Brussels, Budapest and Lisbon were because a number of earthquakes had occurred in the past.

The threats identified in the western Pyrenees were because of the geological make-up of the area.

Prof Giardini added in 2014: “Seismic hazards are not just about calculating the probability of an event occurring somewhere in Europe in a certain period of time.

“In our project, seismic risk refers to the likelihood of damages and loss that seismic events can induce to our economic and human environment. 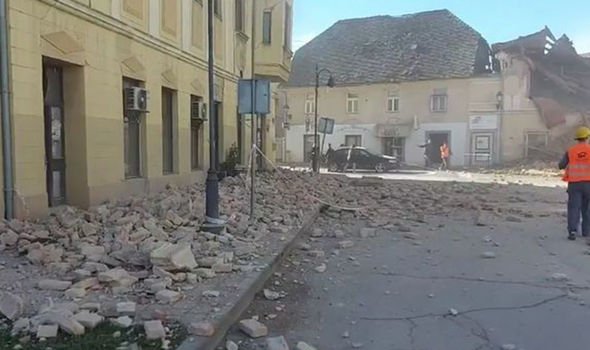 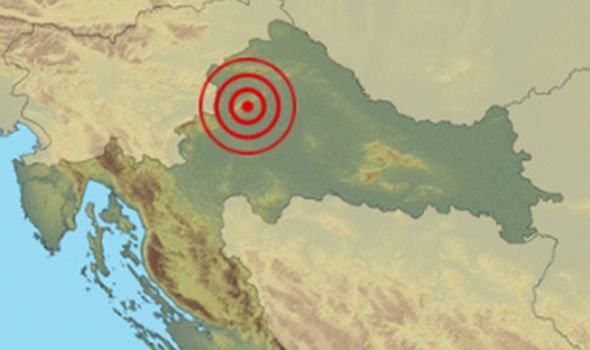 “A moderate earthquake in a densely populated part of Europe, or in an area that hosts critical infrastructures, like a pipeline, can have an enormous impact.”

The Croatian Red Cross described the situation in Petrinja today as “very serious” as it despatched crisis teams to the area.

Rescuers were seen pulling survivors from the debris during live coverage.

Prime Minister Andrej Plenkovic said he was on the way to Petrinja “after another devastating earthquake, which was felt in many parts of Croatia”.

He added: “We mobilised all available services to help people and clear the destroyed parts. The most important thing now is to save human lives.”

The European Mediterranean Seismological Centre said the quake was the largest to hit Croatia this year and the 14th to be felt in the area in the last 31 hours.