Scientists have identified 25 genetic mutations that could help to explain how humans evolved to live such long lives compared to our primate cousins.

Humans can live for up to 120 years, whereas the species of some closer primates live for half that period.

Globally there is now believed to be as many as half a million centenarians. 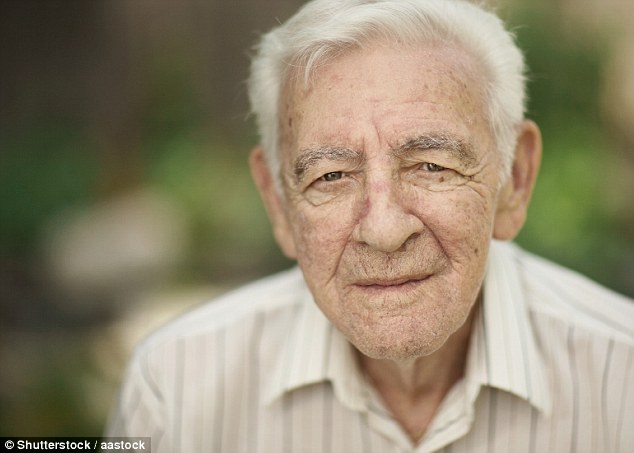 Senescence, or biological ageing, refers to the general deterioration of an organism, leading to increased susceptibility to diseases and ultimately death.

It is a complex process that involves many genes.

Flies can expect to live for four weeks, horses for thirty years while some hedgehogs may live for up to two centuries.

Researchers led by the Institute of Evolutionary Biology (IBE) identified some of the genes that may have been crucial in extending the life of our species, as well as that of primates with a longer lifespan.

They studied the genomes of seventeen primate species, including humans, according to the study published in the Molecular Biology & Evolution journal.

From the standpoint of ageing, primates are interesting because while they are very similar, there are major differences across the species in terms of longevity.

Of all the species studied, only three ― humans and two macaques ― lived longer than the common ancestor.

This proves that ‘they have undergone a relatively rapid process of lifespan evolution’, said Arcadi Navarro, Catalan Institution for Research and Advanced Studies (ICREA) research professor and the study leader. 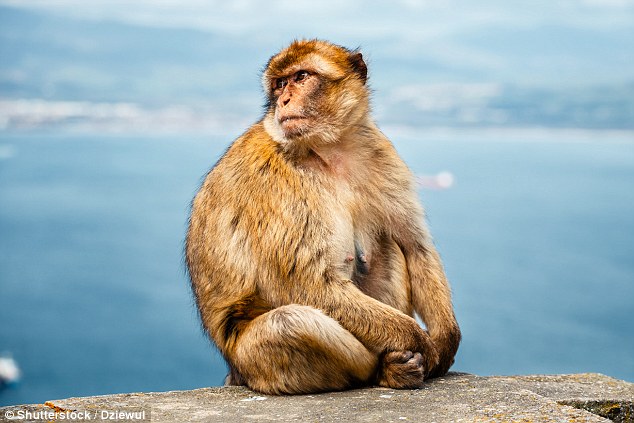 Of all the species studied, only three ― humans and two macaques ― lived longer than the common ancestor (stock image)

Scientists compared these species to those of the remaining fourteen primate species in order to detect the mutations present in those with a longer life.

‘This would constitute very suggestive evidence that these genes have helped to extend their lives’, said Dr Navarro.

Following the comparison, twenty-five mutations were identified in genes associated with wound-healing, coagulation and a large number of cardiovascular conditions.

‘The results are meaningful, because a flexible and adaptable control of coagulation mechanisms are required in species that live longer’, said Gerard Muntané, the study’s leading author and a postdoctoral researcher at the IBE.

He said ‘they confirm the pleiotropy theory of ageing’.

This proposes that ‘certain mutations may have different effects depending on life-stage: they help us in the early stages but damage us in later stages, once the reproductive stage has ended’, he said.

The authors suggest that the results could help to develop new therapeutic targets for treating ageing-related diseases.

HOW MIGHT SCIENTISTS USE TELOMERASE TO REVERSE THE PROCESS OF AGEING?

Scientists decoded an enzyme thought to halt ageing in plants, animals and humans as part of a recent breakthrough study.

Unravelling the structure of the complex enzyme, called telomerase, could lead to drugs that slow or block the ageing process, along with new treatments for cancer, researchers reported in the journal Nature in April.

Elated scientists announced the completion of a 20-year quest to map the enzyme thought to forestall ageing by repairing the tips of chromosomes.

‘It has been a long time coming,’ lead investigator Kathleen Collins, a molecular biologist at the University of California in Berkeley, said in a statement.

Part protein and part RNA (genetic material that relays instructions for building proteins) telomerase acts on microscopic sheaths, known as telomeres, that cover the tips of the chromosomes found inside all cells.

In humans, each cell contains 23 pairs of chromosomes, including one pair of sex chromosomes – the ‘X’ and ‘Y’ – that differ between males and females.

Australian-American biologist Elizabeth Blackburn, who shared the 2009 Nobel Prize in Medicine for discovering telomeres and their protective function in the 1970s, likened them to the tiny plastic caps that keep shoelaces from fraying.

Eventually, however, shoelace tips and telomeres do break down: every time a cell divides the telomeres get worn a little bit more, until the cell stops dividing and dies. This, biologists agree, is probably central to the natural ageing process.