Should Theresa May release a memoir? Experts unveil scientific formula to determine which political biographies will be bestsellers

A formula may reveal whether any future autobiography by Theresa May would be a ‘strong and stable’ bestseller or if she would fail to get a publishing deal approved.

Researchers from the University of Kingston have created a simple equation for publishers to use to begin exploring whether a biography is worth commissioning.

The formula considers such factors as a person’s appeal, book quality and the number of similar or impending books on the market.

While the tool does produce a final score, the researchers say the equation’s real worth lies in fostering discussions on a potential book’s strengths and weaknesses. 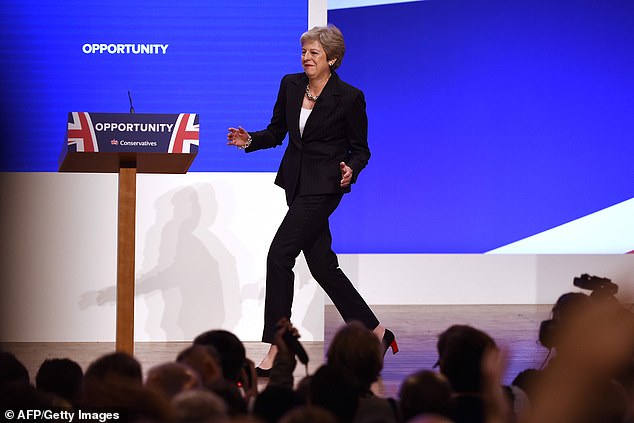 If Theresa May wrote an autobiography, would it be a ‘strong and stable’ bestseller or would she fail to get a publishing deal approved? A formula may have the answer

Autobiographies of political figures often rank highly on bestsellers’ lists — but they are no certain investment for publishers.

‘If someone falls out of favour or in to obscurity then copies of their memoirs are a waste of money – either left to gather dust on the shelves or needing to be pulped, the fate of much unsold stock.’

Inspired by the surge in political publishing sales incited by US President Donald Trump — despite his failure to garner popularity worldwide — Dr Baverstock teamed up with economist Jackie Steinitz to explore what makes a bestselling biography.

They combined their findings into a simple equation named ‘The BS Formula’, after the duo’s surnames, to help determine which political biographies publishers might want to commission.

The formula considers the potential market size and breaks it down into three categories — those who feel either positively or negatively about the subject of the biography and those who might buy the book as a gift, or for a library or other use.

Next, the duo accounted for five factors that could impact a book’s success — which included how well the subject would promote it and how much of a good read the work would be — which they ranked on a scale of one to ten.

The final part of the formula is a so-called dilution factor, which includes a consideration for how many similar books are already available and whether the target audience would buy more than one book about a given individual.

The ultimate equation multiplies these three components — the likely market size, modifying factors and the dilution effect — to come up with an overall score. 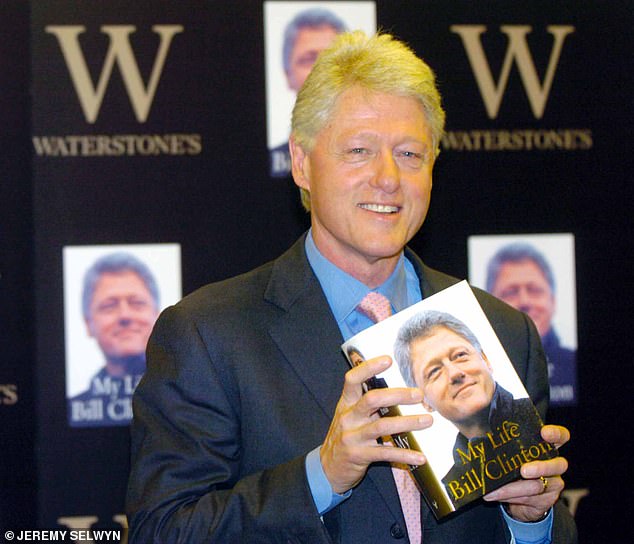 Experts from the University of Kingston have created an equation for publishers to use to begin exploring whether a biography is worth commissioning. The formula considers such factors as a person’s appeal, book quality and the number of similar books on the market

According to the researchers, the true beauty of the formula lies in how conceptually simple it is.

‘Once set up in a spreadsheet, all that needs to be done is for each person to input their estimates for each of the 13 factors,’ she added.

However, the researchers warn that the formula is more designed to stimulate discussion over potential strengths and risks rather than to provide a score that might predict potential sales.

‘The formula is intended as a guide for thinking rather than an immediate one stop solution,’ Dr Baverstock told the MailOnline.

‘It gives publishers a structured set of questions to improve decision-making when considering the publishing of biographies, and political subjects in particular.’ 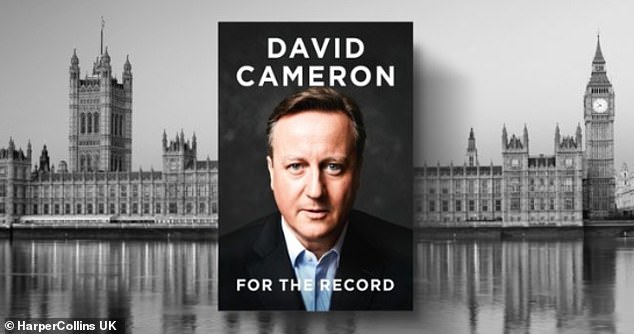 Autobiographies of political figures often rank highly on bestsellers’ lists — but they are no certain investment for publishers. Pictured, David Cameron’s autobiography, being published with HarperCollins, which will hit the shelves on September 19, 2019

WHAT IS ‘THE BS FORMULA’?

Inspired by the recent surge in political publishing sales, experts from the University of Kingston have explored what makes a bestselling biography.

They combined their findings into a simple equation to help publishers determine which political biographies might be worth commissioning.

The researchers named the equation ‘The BS Formula’, after the duo’s surnames — Baverstock and Steinitz — but told The Bookseller that the name was a ‘happy coincidence.’

Percentage likelihood of the number in each group actually buying the book.

How likely is the subject to actively promote the book?

Is the subject too young, new or passé?

Will the subject’s appeal likely last?

How likely is the subject to remain true to their brand values?

The extent to which the book is a good read.

The extent to which people will buy multiple books on a given subject.

The number of books on the subject already or about to be published.

‘The process works best when the same mind responds to questions for a series of potential subjects, and then their individual responses are compared with those of others, say in preparation for an editorial meeting,’ she added.

On whether they predict that an opus by Mrs May would prove a lucrative undertaking for a publisher, however, the researchers said they wouldn’t tell.

‘We wouldn’t want to reveal what we came up with ourselves, it’s not for us to tell publishers who they should be throwing their weight behind,’ Dr Baverstock said.

‘The political climate is changing so quickly at the moment that it’s even more important for publishers to think carefully about who to commission, and whose life story or reflections the market will want to hear in future.’

‘It has the ring of truth and is an inventive and original piece of analysis,’ said Alan Samson of London publisher Weidenfeld and Nicholson, who welcomed this new approach to looking at the genre of political publishing.

‘It also affirms my sense that the narrative arc and the quality of storytelling is just as important in biographies as in any other kind of book,’ he added.

‘A work of political career management with packaged anecdotes is no substitute for candour and an awareness of serious obstacles not always overcome.’