Facebook, Instagram, Messenger and WhatsApp are DOWN: Users around the world are left frustrated after apps crash

The outage appears to have affected users around the world, with thousands of reports within the first hour.

Users took to Twitter to express their grief about the issue, which seems to have crashed both the mobile application and the desktop versions of the Facebook-owned sites.

A live map shows Facebook outage hotspots across the United States, with the northeast hit particularly hard. Facebook also appears to be down for users in Europe

According to Down Detector, the outages appear to have started around 4:48 p.m. (ET).

A live outage map shows hotspots in the northeastern region of the US, as well as some parts of Europe.

Parts of South America, the Philippines and India also seem to have been hit.

Users reported having issues logging into the service, posting comments and viewing photos.

Facebook showed an error message for some users on its site that read: ‘Your account is currently unavailable due to a site issue.

‘We expect this to be resolved shortly. Please try again in a few minutes.’ 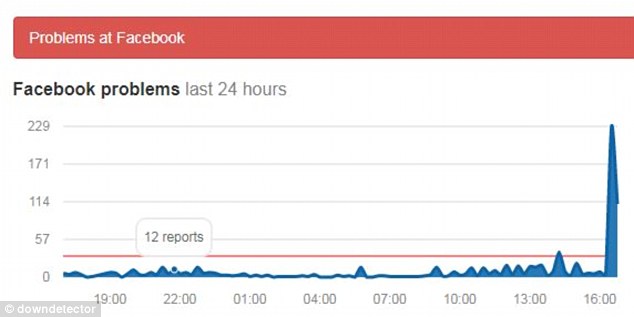 According to Down Detector, the outage appears to have started around 4:48 p.m. (ET). Users reported having issues logging into the service, posting comments and viewing photos

A live outage map from Down Detector shows which areas aren’t able to access Instagram. User reports appear to be coming primarily from Europe and some parts of the US

Another read: ‘Sorry, something went wrong. We’re working on getting this fixed as soon as we can.’

Some users claimed that Facebook was down due to maintenance, but it’s unclear if that’s the cause.

Instagram’s website displayed a similar message: ‘We couldn’t connect to Instagram. Make sure you’re connected to the internet and try again.’ 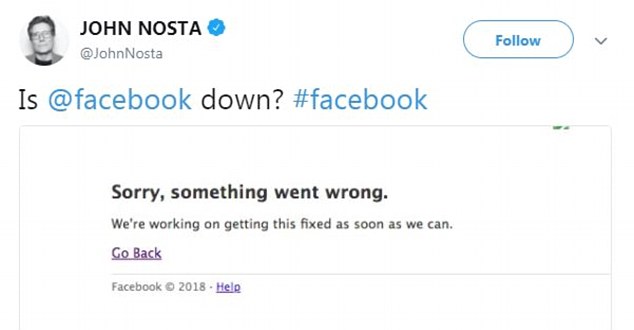 WhatsApp users said they could neither send nor receive messages on the app.

Many tried to restart their apps, or delete and re-download them, but continued to experience the same issues.

On Twitter, many users checked in to see if the problem was affecting others.

‘Facebook and Instagram are down, the one time of the year I actually get on Twitter…because I don’t know what else to do with my life,’ one user tweeted.

Another said: ‘Anyone else having trouble with Facebook today? I’ve been trying for the past 20 minutes and can’t get on.’

The majority of WhatsApp issues appeared to be connection-related. Approximately 40% of Messenger users said they couldn’t access the app due to server issues.