A truly out-of-this-world holiday experience is set to become available as early as 2025, with the US-based firm Orbital Assembly planning to launch the first-ever space hotel. Pioneer Station — which will accommodate up to 20 intrepid travellers — will be a 39 feet wide, 3,500–14,100 cubic foot complex made up of a ring of five modules that will be assembled in orbit by robotic builders. With Pioneer as a proof of concept, the firm is also looking to construct a larger orbital facility, Voyager Station, which will accommodate at least 400 people. Voyager will be some 322 feet across, with 24 modules linked together in a spinning ring capable of inducing around a sixth of Earth’s gravity — the equivalent to that experienced on the surface of the Moon. Solar panels on the sun-facing side will provide continuous power. The firm is looking to transport Voyager into low-Earth orbit section-by-section on SpaceX’s Starship rocket craft, which will also be used to deliver visitors to the futuristic hotel.

While earthbound tourists might baulk at the prospect of not being able to leave their hotel, Orbital Assembly’s chief operating officer Tim Alatorre told Express.co.uk that Pioneer and Voyager will have much to occupy the first generation of space holidaymakers .

He said: “The hotel portions of both stations will feature areas for sleeping, for dining and for activities such as sports.

“They’ll have windows for Earth observation and we also are working on programmes for tourists to engage in certain scientific endeavours where they can experiment with these new artificial gravity and microgravity/zero gravity environments.

“The details of the programme are still in development, but we anticipate that people will have plenty to do once they’re in space.” 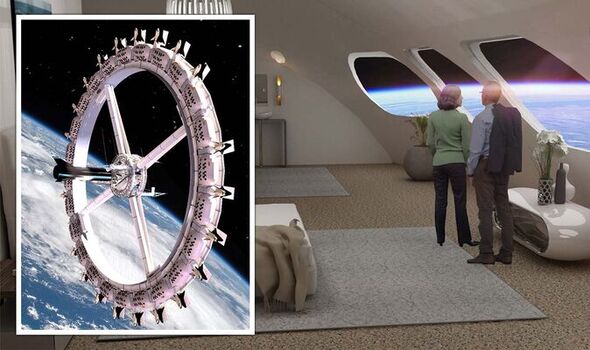 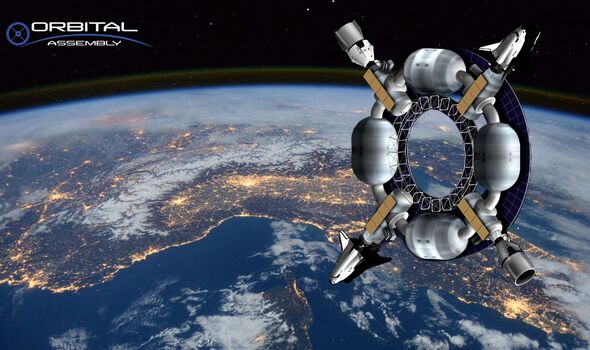 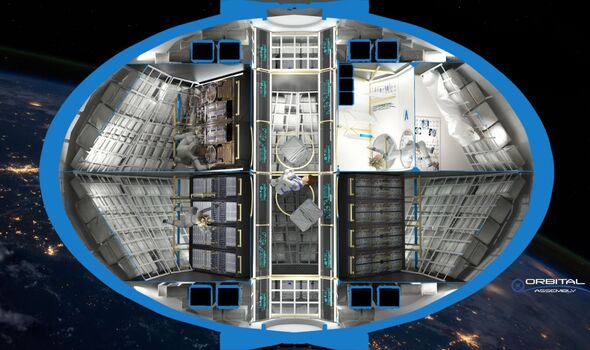 At the start, Mr Alatorre concedes, the cost of transporting humans up into orbit will likely mean that the only people checking in to either space hotel will be the super wealthy.

Right now, he said: “there’s not many options for taking people to space, and that’s sort of the main barrier to entry.

“What that means is the early people going to space are going to be high-net-worth individuals who have a sense of exploration and adventure.”

“Our forecasts show that as more people go to space and more capabilities come online, the price to get people to space is going to lower dramatically.

“So, our hope is that eventually anybody who has a desire to go to space will have an opportunity — people who don’t have hundreds of millions of dollars in the bank, but who are working average jobs and who might be able to save for a couple of years and afford a trip.” 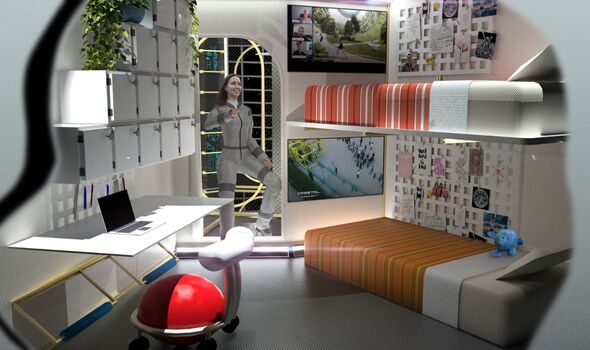 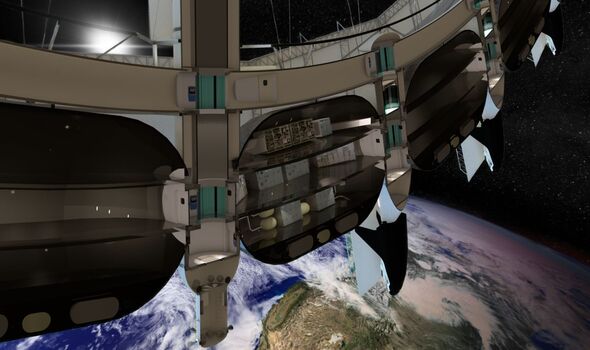 Orbital Assembly were among a number of companies and national space agencies — including NASA, the European Space Agency and the Japan Aerospace Exploration Agency — presenting this week at the Space & Underwater Tourism Universal Summit in Spain.

Event organiser Les Roches Marbella CEO Carlos Díez de la Lastra said: “We are delighted that we have managed to bring the best agencies and representatives of the most exciting projects in the world to this congress.

The event, he added, is “the most important in the world in the discussion of tourism in the two borders that we have over our heads and under our feet.” 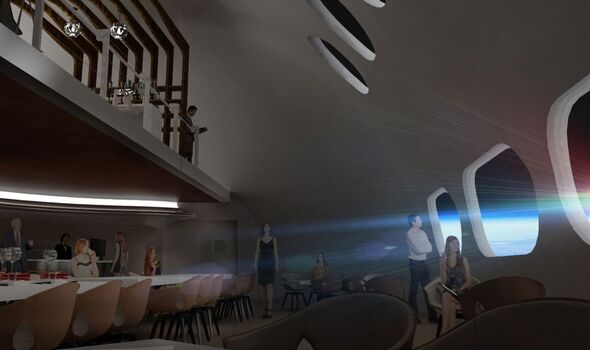 Elsewhere in the space tourism industry, aerospace Voyager Space announced last week that it has teamed up with Hilton Hotels and Resorts to deliver the crew suites and guest experience aboard Starlab, their planned commercial space station, which will operate in low-Earth orbit.

Voyager Space and its operating company Nanoracks were awarded $160million in funding by NASA last year, with the goal of seeing Starlab replace the ageing International Space Station, which is set to be decommissioned at the end of this decade.

Starlab is expected to have the capacity to continuously host up to four astronauts and the first ever science park — with a state of the art laboratory system — in outer space.

Voyager Space CEO and chairman Dylan Taylor said: “Starlab will be more than just a destination, it will be an experience made infinitely more unique and artful with the Hilton team’s infusion of innovation, expertise and global reach.

“This partnership opens new doors to what is possible for comfort-focused space exploration and habitation.”

Hilton President and CEO Chris Nassetta said: “This landmark collaboration underscores our deep commitment to spreading the light and warmth of hospitality and providing a friendly, relatable stay — whether on the ground or in outer space.

“Hilton has been innovating to improve the guest experience and pioneering new destinations for travel for more than a century. We are thrilled to partner with Voyager to bring that experience to Starlab.

“For decades, discoveries in space have been positively impacting life on Earth, and now Hilton will have an opportunity to use this unique environment to improve the guest experience wherever people travel.

“This landmark collaboration underscores our deep commitment to spreading the light and warmth of hospitality and providing a friendly, reliable stay — whether on the ground, or in outer space.”