Green van man! Ford approves the use of eco-friendly biodiesel made from recycled COOKING OIL in its Transits claiming it will ‘help everybody enjoy improved air quality’

Hydrogenated vegetable oil (HVO) produces a high-quality fuel which can be used in most engines.

Ford has approved the use of HVO in its 2.0-litre EcoBlue engine. All new models of Transit van use this engine. 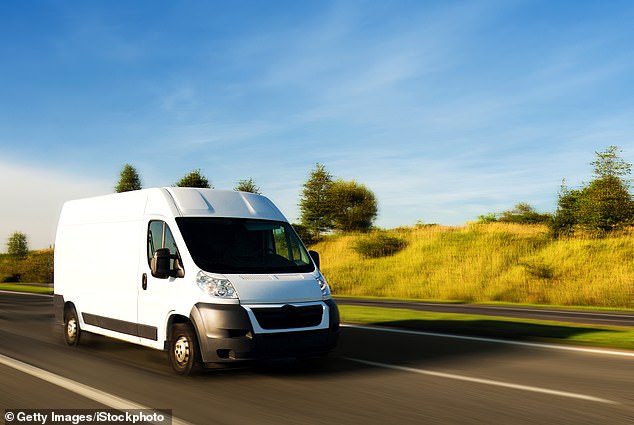 Ford approved the use of HVO in its 2.0-litre EcoBlue engine. All new models of Transit van sold use this engine. HVO incorporates waste animal fats and fish oil which helps diesel engines start more easily in low temperatures (stock)

This renewable fuel is made from waste cooking oil that is collected from restaurants, caterers, schools and home kitchens.

‘Enabling our vans to run on fuel made from waste, including used cooking oil, may sound far-fetched but using Hydrotreated Vegetable Oil is, in fact, a very real way in which Transit drivers and fleet operators will soon be able to help everybody enjoy improved air quality,’ says Hans Schep, general manager of commercial vehicles at Ford, Europe.

HVO is on sale at selected fuel stations in Europe, mainly in Scandinavia and the Baltic states.

The fuel has also been adopted by individual fleet operators around the world and is delivered in bulk by specialist suppliers to a company’s on-site fuelling facility.

It is currently possible to buy it in the UK but hard to obtain in bulk, and it is not offered at the majority of petrol stations.

Prices vary depending on location and quantity but it is likely to be more expensive than standard fuel, by at least three – five pence per litre in the UK.

If a vehicle runs low on HVO in an area where it is not offered for sale, the driver can fill up with conventional diesel – the fuels can mix in the tank without causing problems, Ford says.

Previous studies have found that using HVO can reduce greenhouse gas emissions by up to 90 per cent compared with regular diesel.

The fuel emits less NOx and particulates than other diesel vehicles because the fuel contains no sulphur or oxygen.

RecOil, an EU initiative supported by the European Commission, is working to increase collections of cooking oil to boost biodiesel production.

One plan is to add more household collections to the scheme along with the existing commercial locations.

The creation process, using hydrogen as a catalyst, means HVO is both cleaner-burning than conventional biodiesels and has a longer shelf life.