The birth of long-nosed, spiky-finned hybrids of Russian sturgeons and American paddlefish should not have been possible. But Hungarian scientists have announced they have accidentally done exactly that – creating a hybrid of the two endangered fish species.

There are approximately 100 of the sturddlefish now in captivity, with scientist not planning to create more.

We never wanted to play around with hybridisation. It was absolutely unintentional

Dr Attila Mozsár, a senior research fellow at the Research Institute for Fisheries and Aquaculture in Hungary, told The New York Times: “We never wanted to play around with hybridization. It was absolutely unintentional.”

They are the source of much of the world’s caviar.

JUST IN: Disaster fears as desperate locals attempt to save ancient mosque 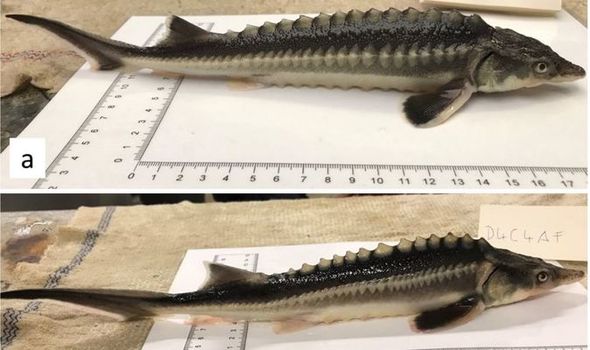 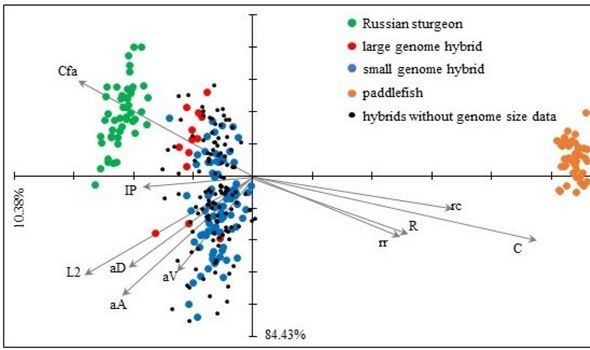 These fish can grow to more than 7ft (2.1m) long, living on a diet of molluscs and crustaceans.

American paddlefish (Polyodon spathula) filter-feed off of zooplankton in the waters of the Mississippi River drainage basin, where water from the Mississippi and its tributaries drain into.

Like the sturgeon, they have a slow rate of growth and development puts them at risk of overfishing. 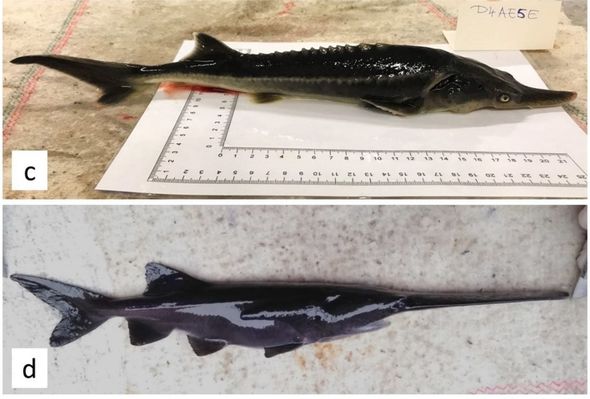 They have also lost habitat to dams in the Mississippi drainage, according to the University of Michigan Museum of Zoology.

Nevertheless, they were able to breed – much to the surprise of Dr Mozsár and his colleagues.

The researchers were trying to breed Russian sturgeon in captivity through a process called gynogenesis, a type of asexual reproduction.

This process sees a sperm triggering an egg’s development but fails to fuse to the egg’s nucleus.

This means its DNA is not part of the resulting offspring, which develop solely from maternal DNA.

The researchers were using American paddlefish sperm for the process, but something unexpected happened.

The sperm and egg fused, resulting in offspring with both sturgeon and paddlefish genes.

The resulting sturddlefish hatched by the hundreds, with some 50-50 mixtures of sturgeon and paddlefish genes, while others are far more sturgeon-like. 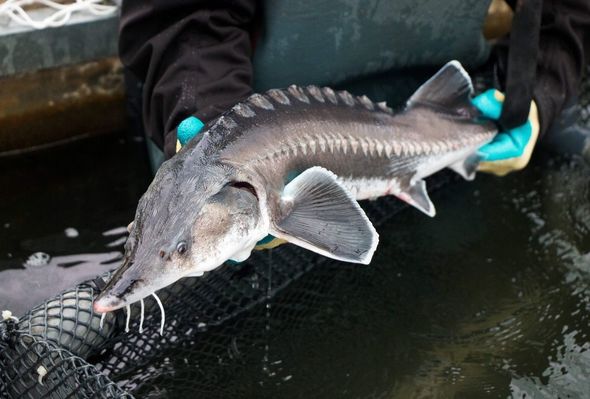 All are carnivores, like the sturgeon, and share the sturgeon’s blunter nose, compared with the paddlefish’s pointy snout.

Most hybrid species, such as the liger (a mix of a lion and a tiger) and the mule (a mix of a horse and donkey), can’t have offspring of their own, and the sturddlefish is probably no exception.

Dr Mozsár’s team intend to care for their creations but have ruled-out creating any more since the hybrid could outcompete native sturgeon in the wild and worsen the sturgeon’s chances of survival.

However, the fact that fish separated by 184 million years of evolution could cross-breed indicates they are not so different after all.

Solomon David, an aquatic ecologist at Nicholls State University in Louisiana, told the New York Times: “These living fossil fishes have extremely slow evolutionary rates, so what might seem like a long time to us isn’t quite as long of a time to them.”