Bald patches in flower beds and lawns are GOOD for garden wildlife like pest-eating spiders and should be left bare, says Royal Horticultural Society

Don’t worry too much about the bald patch of land on your garden lawn — they may be a crucial part of its success in the spring.

That’s according to the Royal Horticultural Society (RHS), which says gardeners should embrace sparse patches in lawns and flower beds to support invertebrates, including spiders.

The society’s study found ground-dwelling spiders in greater numbers among sparser garden plantings, which are a crucial part of a garden’s ecosystem.

Despite their reputation as mean and scary, spiders are a valuable part of a garden’s ecosystem, and help out gardeners by devouring vegetation-eating pests. 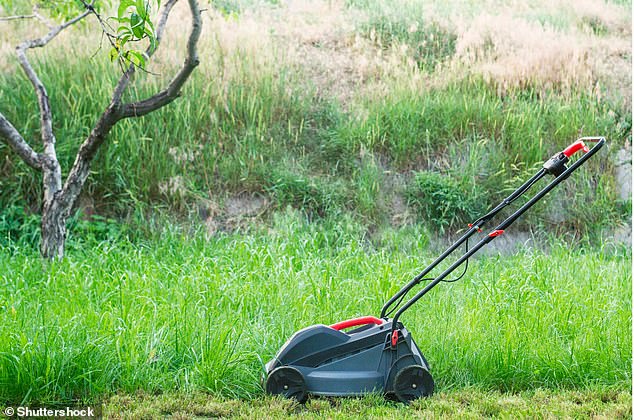 Invertebrates are animals that do not possess develop a backbone, known as a vertebral column.

More than 90 percent of all living animal species are invertebrates.

They are generally soft-bodied animals that lack a rigid internal skeleton for the attachment of muscles but often possess a hard outer skeleton.

RHS researchers from the society’s Garden Wisley in Surrey looked at the needs of ground-dwelling invertebrates in gardens as part of a four-year study.

According to Dr Andrew Salisbury, principal entomologist at the RHS, said ‘the power of a garden lies in its very smallest inhabitants’.

‘Ground-dwelling invertebrates such as predatory ground beetles and ground-active spiders are vital garden predators whilst springtails, woodlice and millipedes break down dead plant matter returning nutrients to the soil.

Spiders are important predators, feeding on prey including biting midges and spa-sucking insects.

‘Gardeners who look after them will have the greatest positive impact for biodiversity,’ Dr Salisbury said.

The RHS also found that overall the denser the vegetation, the more ground-active invertebrates, but that the odd patch of bald growth is positive for ground-dwelling spiders.

The RHS said that the best way to support invertebrates in gardens is to choose plantings biased towards British native plants and encourage dense vegetation, but crucially to leave some patches bare.

Planting smaller, younger plants and letting them fill out and embracing the occasional bald patch is not only economical but provides a different habitat.

Near-native and exotic plants also have a positive role to play in providing a habitat for invertebrates, offering good evergreen winter cover and supporting pollinators when in flower.

Evergreen plants such as holly, Christmas box and pittosporum might have a special role to play for invertebrates, the RHS said, including ladybirds, springtails and ground beetles, by providing shelter in the winter months.

The charity has outlined five steps to support garden invertebrates, including leaving some bare patches in lawns and flower beds, planting evergreens and both native and near-native plants, and being ‘bio-diverse’ by not limiting the variety of species they plant. 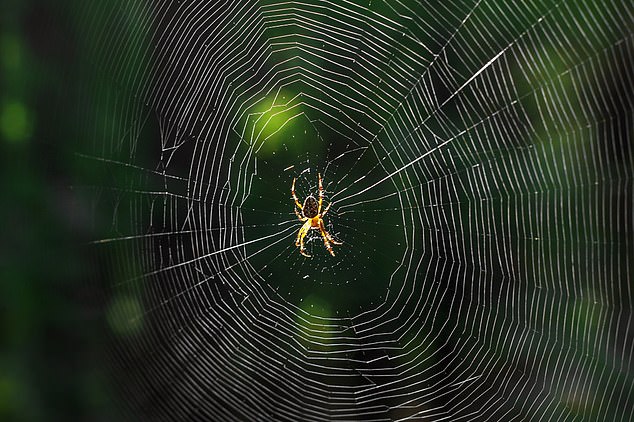 The research has been published as the third paper from the RHS’s four-year Plants for Bugs study — which is looking into the garden plant origin preferences of invertebrates — in the journal Biodiversity and Conservation.

The RHS, the UK’s leading gardening charity, is fundraising £40 million to transform its facilities, including redeveloping Garden Wisley and opening a new garden, RHS Garden Bridgewater, in 2020.

As well as being open to the public, the charity’s gardens provide important ecological study for its scientists.

HOW CAN GARDENERS SUPPORT INVERTBRATES?

To support invertebrates in gardens the RHS advises:

The perfect cover: Let planting fill out, but keep some areas sparser to help specific groups notably spiders. Although not covered in this research, some ground-nesting bees also make use of patches of bare ground.

More local: Plant densely with plenty of native and near-native plants to support the greatest number of ground-active invertebrates but be prepared for more nibbled plants than exotic plant schemes.

Winter protection: Whatever the plant origin, try to include some evergreens in your garden to give shelter to invertebrates.

Decide priorities: Choosing more exotics in your planting scheme might mean it supports marginally fewer plant-dwelling and ground-active herbivores, but will mean potentially fewer nibbled plants and should help extend the season for pollinators if you choose flowering exotics.

Be bio-diverse: For rich species diversity, follow all of the above. Don’t limit yourself to just a few different plants — this and other studies suggest the greater the variety of plants in a garden, the richer the diversity of invertebrates it will support.