The annual Geminid meteor shower is the product of Asteroid 3200 Phaethon racing around the Sun. As the 3.7-mile-wide rock barrels through space, bits and pieces of its outer layers break off and get left behind in its orbit.

Earth happens to pass through the orbital minefield in the first half of December, producing upwards of 120 meteors an hour during the Geminids peak.

NASA’s Parker Solar Probe has now for the first time mapped this orbital trail, shedding light on the scale of cosmic debris pelting Earth each year.

The discovery was made by astronomers at the US Naval Research Laboratory with NASA’s Solar Parker Probe’s Wide-Wield Imager (WISPR).

The astronomers detected a faint trail of asteroid debris stretching across an estimated 14 million miles in space. 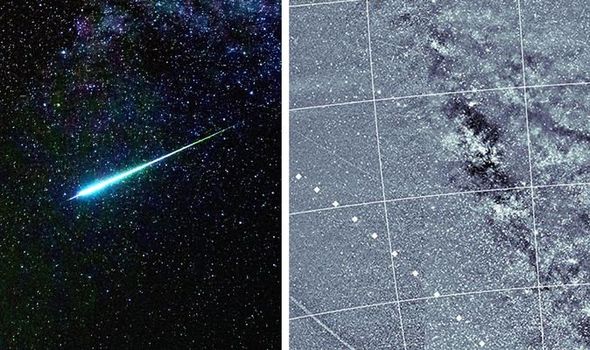 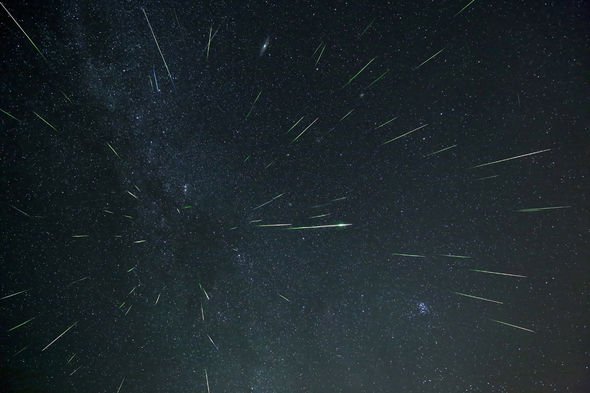 However, the discovery has only uncovered a fragment of a much larger cosmic minefield.

Space scientist Karl Battams said: “We calculate a mass on the order of a billion tons for the entire trail, which is not as much as we’d expect for the Geminids, but much more than Phaethon produces near the Sun.

“This implies that WISPR is only seeing a portion of the Geminid stream — not the entire thing — but it’s a portion that no one had ever seen or even knew was there, so that’s very exciting.”

The discovery was unveiled at the annual meeting of the American Geophysical Union (AGU) on December 11.

Asteroid 3200 Phaethon follows an orbit around the Sun that stretches across approximately six astronomical units.

One astronomical unit describes the average distance between the Earth and the Sun or about 93 million miles.

On this lengthy orbit, the space rock flies past the Sun about every 524 Earth days.

The trail of Geminid meteors most likely stretches across the entire length of Phaethon’s orbit and is most densely packed near the Sun. 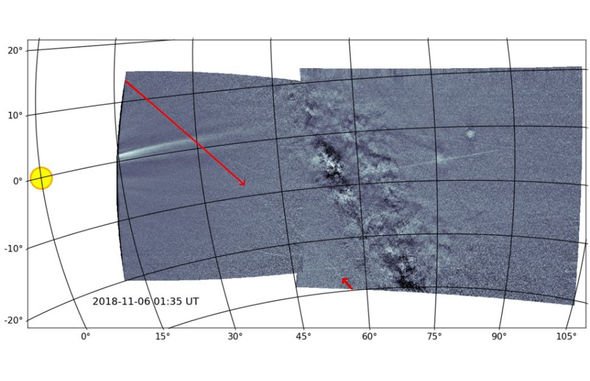 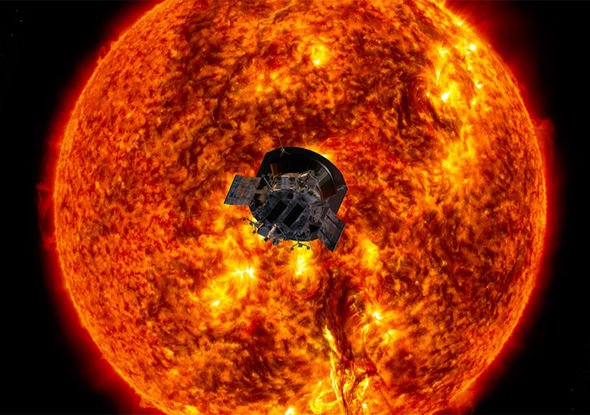 Astronomers suspect the asteroid has ejected its Geminid debris during one of its flybys of the Sun.

However, Dr Battams said the billions of tons of material in space cannot be accounted for by just solar activity.

He said: “Something catastrophic happened to Phaethon a couple of thousand years ago and created the Geminid Meteor shower.

“There’s no way the asteroid is anywhere near active enough when it is near the Sun to produce the mass of dust we are seeing, so we are confident that WISPR is seeing part of the Geminid meteor stream.”

Dr Battams added: “This is why NRL’s heliospheric imagers are so ground-breaking.

“They allow you to see near-Sun outflows massively fainter than the Sun itself, which would otherwise blind our cameras.

“And in this case, you can also see solar system objects extremely close to the Sun, which most telescopes cannot do.”

NASA’S Parker Solar Probe launched towards the Sun on August 12, 2018.

The goal of the car-sized spacecraft is to study the Sun’s atmosphere, the outflow of solar winds and solar particles from about 4 million miles.