It comes as Germany announces plans for Egypt to become their hydrogen partner. According to plans unveiled by Chancellor Olaf Scholz, the partnership with Egypt is to help the switch to renewable energies.

With the global energy crisis taking its toll, countries have been forced to look into more renewable energy.

Germany is hoping to become a hub for renewable energy.

And in an effort to become independent of Russian energy imports, Scholz made the agreement on Monday with Egyptian President Abdel Fattah al-Sisi in Berlin.

The two countries are planning on developing joint projects, with details still being discussed. 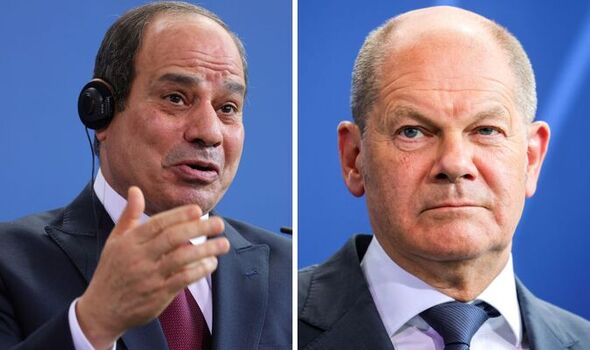 Hydrogen will be of central importance for the transformation to a CO2-neutral economy and industry.

Scholz said: “We will produce some of the hydrogens we need for this ourselves, but import a very large part from other countries.”

Russia’s invasion of Ukraine in February had a major impact on energy across Europe, with Germany turning to shutting public swimming pools and introducing curfews to help save energy for the winter.

The chancellor said it is important Germany does not rely solely on one single partner. 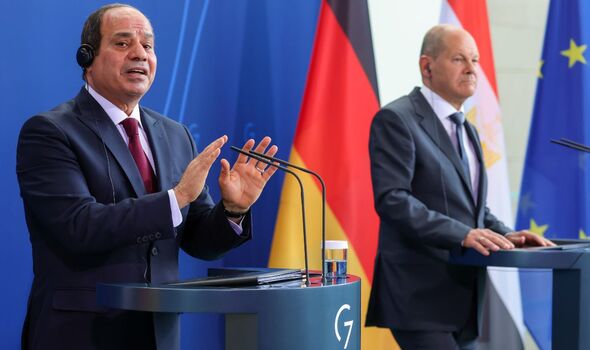 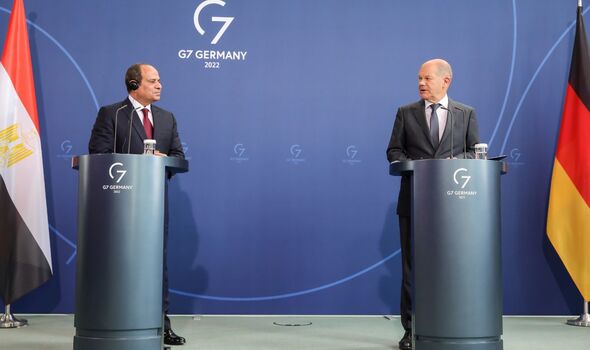 President Al-Sisi was in Berlin for the Petersberg Climate Dialogue with Egypt hosting the world climate conference this year.

Al-Sisi announced plans to make his country a regional hub for renewable energy with Egypt already taking big steps in increasing the share of renewable energies.

For Africa as a whole, he said, there is great potential for generating renewable energy.

Al-Sisi also called for support for Africa in the fight against the consequences of climate change. 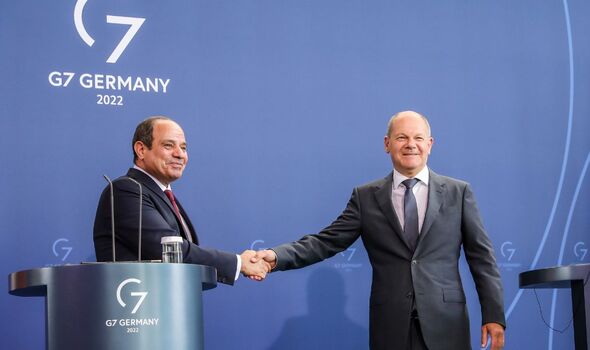 He said: “Our African continent is at the centre of these challenges and is affected by them more than any other region. The food and energy supply crises that emerged as a result of Russia’s attack on Ukraine have exacerbated the difficulties”.

Scholz told how no one would be satisfied that the share of coal-fired power is increased again in Germany but claimed this was a temporary measure.

He said: “Everything we do today to secure gas supplies must be in line with our goal of becoming CO2-neutral in Germany and worldwide in the future.”

Since Russia’s attack on Ukraine, Germany, which is dependent on Russian gas supplies, has been trying to reposition itself in terms of energy supply.

During the G7 summit in Elmau at the end of June, there were discussions about supporting gas production in Senegal, from which Germany also wants to benefit.