UFO researchers believe they have seen evidence of an advanced species on the Moon, capable of building impressive structures. Said ‘proof’ comes in the form of two oddities on the Moon, which almost appear as if they are out of place. As a result, conspiracy theorists believe it is proof the giant anomalies are an alien base accompanied by the species’ space ship.

Prominent UFO hunter Scott C Waring wrote on his blog ET Database: “I found a huge black structure that is 45 miles or 72km across according to the NASA ruler at the bottom of the map.

“Near the black structure is a landed ship. The ship too is huge, about 30 miles or 48 km long.

“Way too big to park close to this structure, so it’s understandable to dock it further away.

“Remarkable structures indeed and it shows that aliens can make such huge structures because of their long lifetimes. 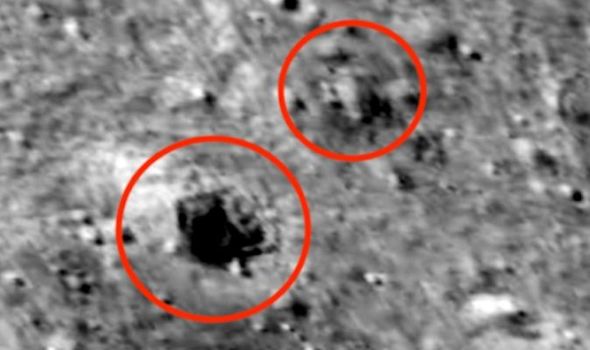 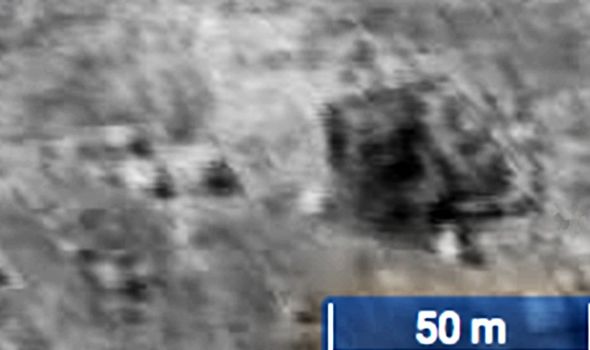 “Some don’t die except from accidents, so they are very careful.

“They order some drones and robots to create a robot factory and then to mine, smelt the metals and create the structure, time is of no importance, and literally it could take hundreds or even thousands of years to finish.”

In fact, the black dots on the image are more likely to be tiny meteor impacts.

There are millions of them all over the Moon, because it barely has an atmosphere so even a meteor which is as big as a grain of rice can make a sizeable dent in the surface. 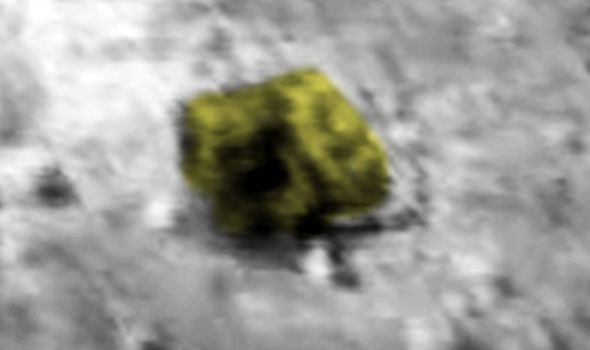 Some conspiracy theorists claim the Moon could be occupied by aliens and say that is the reason NASA has not returned since the Apollo missions ended in 1972.

They suspect findings such as this supposed base and other anomalies could be monuments built by an ancient alien civilisation similar to the pyramids and other structures on Earth.

UFO hunters have long claimed the Moon is awash with extraterrestrial activity, and some believe NASA knows all about the alien presence. 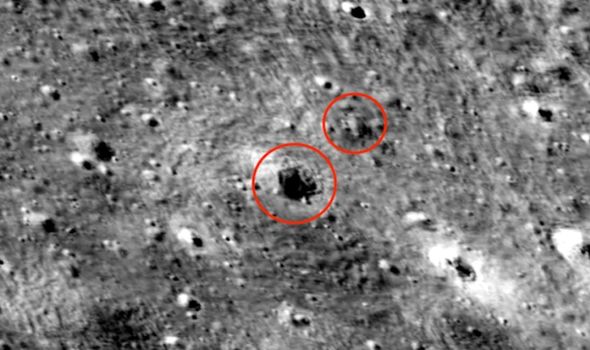 Mr Waring has argued that humanity has the strength to deal with such a shocking alien revelation if NASA were to admit it.