Hedonism is good for you: Giving in to temptation every now and again leads to a happier, more successful and more satisfying life, study shows

Giving in to temptation every now and again leads to a happier, more successful and more satisfied life, a study has concluded.

Psychologists from Switzerland concluded that a little hedonism might not be the same as fulfilling a long-term life goal, but it does make life more fulfilling and fun.

In fact, the team concluded, it is wrong to think that the only route to a happy life is years of self control in order to, for example, stay healthy or make money.

This is because the capacity to experience pleasure and enjoyment is a sign of leading a satisfied and happy life overall, the experts said.

For example, splurging on a good meal, or painting the town red might not make you live longer or become richer — but it can make you happier. 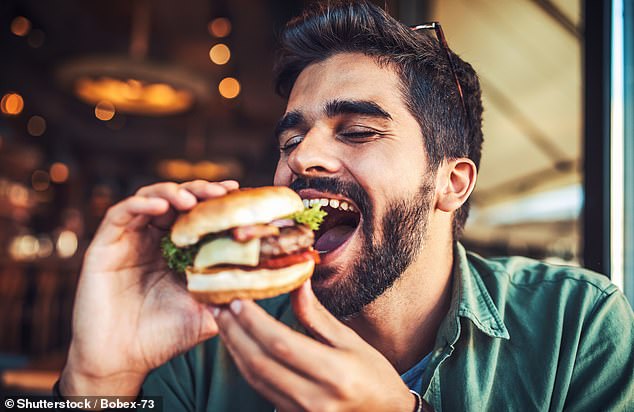 Giving in to temptation every now and again leads to a happier, more successful and more satisfied life, a study has concluded. Psychologists from Switzerland concluded that a little hedonism might not be the same as fulfilling a long-term life goal, but it does make life fun

‘It’s time for a rethink. Of course self-control is important, but research on self-regulation should pay just as much attention to hedonism or short term pleasure,’ said paper author Katharina Bernecker of the University of Zurich.

Dr Bernecker and her colleague used a psychological questionnaire to test volunteers on how they respond to the temptations of hedonism — and whether or not this distracts them from their long term goals — as well as their overall wellbeing.

The duo found that some people set out to lose weight, do more sport or improve their mind — but when relaxing they end up worrying about whether they should be doing those things instead.

Moreover, their sense of wellbeing was lower than those who managed to switch off and enjoy themselves without thinking about what they should be doing instead.

The findings suggest that people who can enjoy life’s little pleasures are less likely to suffer from depression and anxiety, because they can have fun without worrying about the consequences.

The solution, the team said, is to achieve a balance — being able to work towards long term goals while also being able to not feel guilty when taking time out to go for a drink, have a slap up meal or simply sit in front of the TV with a takeaway pizza.

‘The pursuit of hedonistic and long-term goals needn’t be in conflict with one another,’ Dr Bernecker said.

‘Both are important and can complement each other in achieving well-being and good health. It is important to find the right balance in everyday life.’

‘It was always thought that hedonism, as opposed to self-control, was the easier option, but really enjoying one’s hedonic choice isn’t actually that simple for everybody because of those distracting thoughts.’

The team said their findings also apply to worrying about work when trying to relax — a common issue in this high tech age where it has become harder to switch off.

The answer, Dr Bernecker added, is to plan downtime and set limits on the amount of time spent working, having fun or advancing longer term goals.

The full findings of the study were published in the journal Personality and Social Psychology Bulletin.