In reality, these blushes come from an embarrassment of algae. In recent years, alpine habitats all over the world have experienced an uptick in snow algae blooms — dramatic, strangely hued aggregations of these normally invisible creatures.

While snow algae blooms are poorly understood, that they are happening is probably not a good sign. Researchers have begun surveying the algae of the Alps to better grasp what species live there, how they survive and what might be pushing them over the bleeding edge. Some of their initial findings were published this week in Frontiers in Plant Science.

Tiny yet powerful, the plantlike bacteria we call algae are “the basis of all ecosystems,” said Adeline Stewart, a doctoral student at Grenoble Alpes University in France and an author of the study. Thanks to their photosynthetic prowess, algae produce a large amount of the world’s oxygen, and form the foundation of most food webs.

But they sometimes overdo it, multiplying until they throw things out of balance. This can cause toxic red tides, scummy freshwater blooms — or unsettling glacier blood. 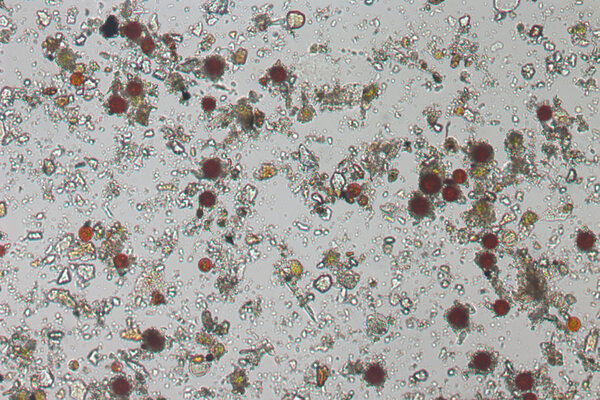 While it’s unclear exactly what spurs the blooms, the color — often red, but sometimes green, gray or yellow — comes from pigments and other molecules that the snow algae use to protect themselves from ultraviolet light. These hues absorb more sunlight, causing the underlying snow to melt more quickly. This can change ecosystem dynamics and hasten the shrinking of glaciers.

Inspired by increasing reports of the phenomenon, researchers at several alpine institutes decided to turn their attention from algae species in far-flung habitats to those “that grow next door,” said Eric Maréchal, the head of a plant physiology lab at Grenoble Alpes University and a leader of the project.

Because so many different types of algae can live and bloom in the mountains, the researchers began with a census in parts of the French Alps to find out what grows where. They took soil samples from five peaks, spread over various altitudes, and searched for algal DNA.

They found that many species tend to prefer particular elevations, and have most likely evolved to thrive in the conditions found there. One key genus, fittingly named Sanguina, grows only above 6,500 feet.

The researchers also brought some species back to the lab to investigate their potential bloom triggers. Algae blooms occur naturally — the first written observation of glacier blood came from Aristotle, who guessed that the snow had grown hairy red worms from lying around too long.

But human-generated factors can worsen such outbursts and make them more frequent. Extreme weather, unseasonably warm temperatures and influxes of nutrients from agricultural and sewage runoff all play a role in freshwater and ocean algae blooms.

To see if the same was true for glacier blood, the researchers subjected the algae to surpluses of nutrients, like nitrogen and phosphorus. While they have not found anything significant so far, they plan to continue this line of testing, Mrs. Stewart said.

The limits of DNA sampling mean that even this study gives an incomplete picture of what’s living in and under the snow, said Heather Maughan, a microbiologist and research scholar at the Ronin Institute in New Jersey who was not involved. Still, it revealed the “incredible diversity” of alpine algae — underscoring how little we know about them, as well as their potential to “serve as beacons of ecosystem change,” she said.

In the coming years, the researchers will keep track of how species distributions shift over time, which may shed light on the overall health of the ecosystem, Mrs. Stewart said. They will also try to establish whether temperature patterns correlate with blooms, and begin to compare species compositions in white versus colorful snow. Eventually, they hope to decipher the blood-red message.

“There’s so little that we know,” she said. “We need to dig deeper.”