Home » Science » Global population could hit 10.9 BILLION by the end of the century

Global population could hit 10.9 BILLION by the end of the century, UN predicts

Global population could surge by more than three billion people before the end of this century, according to a new UN report.

The UN Population Division has released its biennial prospects for fertility rates and population changes around the world, estimating overall population will swell to 10.9 billion people by the year 2100.

The world’s population currently sits at about 7.7 billion.

While a staggering estimate, no doubt, the new figure is lower than predicted just two years ago; in 2017, the UN forecast the world would reach 11.2 billion people by 2100. 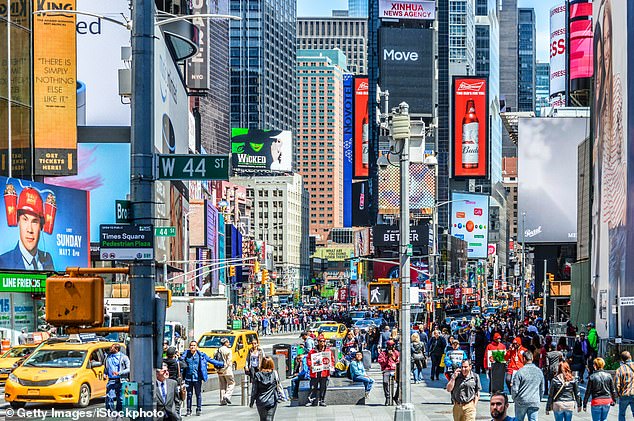 Global population could surge by more than three billion people before the end of this century, according to a new UN report. The United States is among the nine countries expected to see a large population increase in the next few decades. File photo

The latest predictions combine 1,690 population censuses conducted between 1950 and 2018, according to the report.

It also includes information on birth and deaths from 163 countries.

While global fertility is expected to decline – a trend that’s already underway – the population will still rise dramatically over the next few decades.

And, much of this growth will come from just a handful of countries.

According to the UN, the largest population increases over the next three decades will occur in: India, Nigeria, Pakistan, the Democratic Republic of the Congo, Ethiopia, the United Republic of Tanzania, Indonesia, Egypt and the United States of America.

In less than a decade, India is expected to pass China to become the most populous country in the world.

Several other countries, on the other hand, will experience a decline in population as the number of older citizens outweighs birth rates.

China’s population is forecast to shrink by 31.4 million, or 2.2 per cent, by 2050, while Lithuania and Bulgaria are expected to see the largest declines.

In these regions, the population may be 23 percent smaller than it is today.

The predictions suggest there will be mounting challenges for both the growing and declining nations.

‘Recent demographic trends are harbingers of the future challenges to sustainable development,’ the authors note. 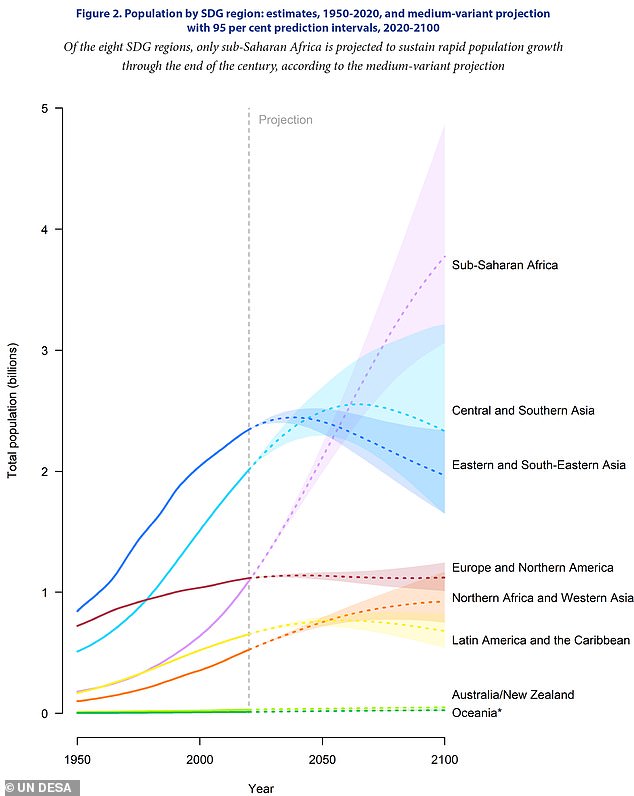 According to the UN, the largest population increases over the next three decades will occur in: India, Nigeria, Pakistan, the Democratic Republic of the Congo, Ethiopia, the United Republic of Tanzania, Indonesia, Egypt and the United States of America

‘For example, countries experiencing rapid population growth, most of which are in sub-Saharan Africa, must provide schooling and health care to growing numbers of children, and ensure education and employment opportunities to increasing numbers of youth,’ the report says.

‘Countries where population growth has slowed or stopped must prepare for an increasing proportion of older persons and, in some cases, decreasing population size.’

In addition to issues of hunger and malnutrition, a growing population will also put a greater burden on the global fight against climate change.

WHAT IS THE DIFFERENCE IN MALE AND FEMALE BIRTH RATES?

There is an existing quirk of nature which means for every 200 births, 105 will likely be male.

This ratio has long puzzled population scientists who muse over the deep-rooted cause of it.

A prevailing theory is that more males are born to balance out the superior longevity of females.

Women have a greater life expectancy in most countries. In the UK, the Office for National Statistics reveals a newborn baby boy could expect to live 79.2 years and a newborn baby girl 82.9 years

And for every male that reaches the age of 100 – there are four women who also become centenarians.

A conclusive answer has yet to be widely accepted.

Modern pressures in some societies has worsened this ratio up to 118:100 following.

Added pressure of China’s single-child policy and the desire of parents to have a boy compounded the problem.