Home » Science » God 'does not play dice with the universe,' Einstein writes in letter up for auction 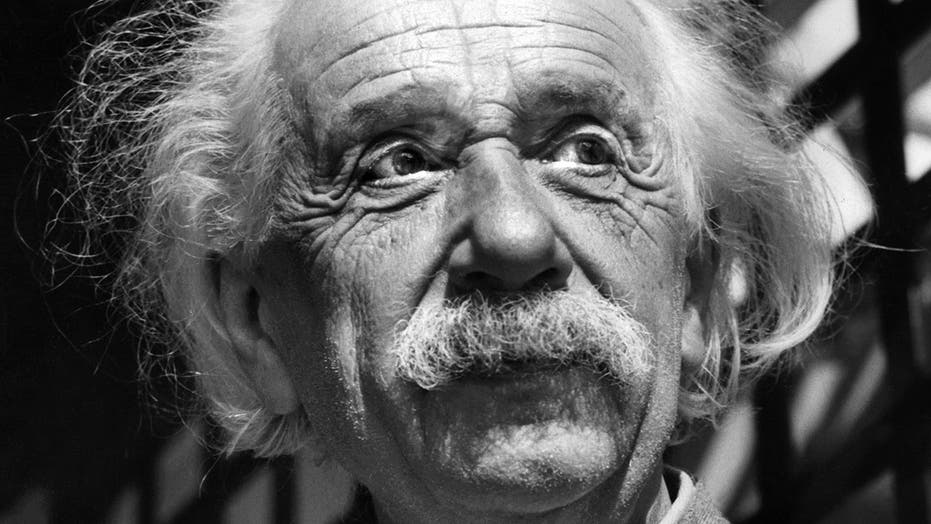 Letters from renowned physicist Albert Einstein have become hot properties for auction houses recently. The latest batch, being auctioned off by Christie's, gives further insight into Einstein's thoughts on quantum physics, including his criticism for other scientists for their lack of understanding of the topic.

Handwritten by Einstein in 1945, 10 years prior to his death, the letters were addressed to Caltech theoretical physicist Paul Epstein, with Einstein offering his “private opinion” about the limits of quantum theory. In one of the letters, which are handwritten in German, Einstein said "God does not play dice with the universe," giving insight into his thoughts on the randomness of quantum mechanics.

"In response to Epstein’s own paper on the EPR [Einstein-Podolsky-Rosen] problem in the June issue of American Journal of Physics, Einstein writes to clarify why exactly he sees quantum mechanics as an ‘incomplete’ theory," Christie's wrote in the description."Einstein and others had argued in the EPR paradox that an objective physical reality could be elucidated more precisely than Heisenberg allowed, unless information were being transmitted from one particle to another faster than the speed of light – what Einstein would later describe as “spooky action at a distance.”

The principle is now known as quantum entanglement, which has become the basis for quantum computing.

As defined by IBM Research, quantum computing harnesses "the quantum mechanical phenomena of superposition and entanglement to create states that scale exponentially with number of qubits, or quantum bits." Potential applications include scientific breakthroughs, including the development of new medicines, faster diagnosis of illnesses, as well as more efficient devices and financial strategies for retirement.

The letters give extraordinarily detail into Einstein's thoughts on the topic, totaling 8 pages in length with several hand-drawn diagrams from the acclaimed physicist. According to LiveScience, Einstein repeatedly clashed with physicist Niels Bohr on the topic.

Einstein believed that "physics should seek to describe objective facts,” according to the letters, adding that the alternative is not helpful. “This is like saying that a distinction between dream and reality rests on nothing other than a metaphysical prejudice,” he wrote.

Despite his contempt for quantum theories in the letters, Einstein did eventually offer some praise for it, writing:  “My private opinion is this: The quantum theory in its present form is a highly successful experiment, undertaken with inadequate means (concepts).”

The letters could fetch north of $200,000 at auction, according to a pre-sale estimate from Christie's.