The conflict – which has had a global impact – has left parts of eastern Ukraine in ruins, and has cost billions to the global economy. The latest United Nations figures suggest over 10.5 million refugees have fled the war-torn nation, many of whom have sought shelter across Europe.

The British Government has been one of the leading supporting nations towards Ukraine since the outbreak of the conflict, with Prime Minister Boris Johnson having made visits to his Ukrainian counterpart Volodymyr Zelensky on more than one occasion.

With the conflict likely to continue for some time to come as Russian progress stagnates, and Ukrainian defences start to hit Moscow where it hurts, the Government continued to provide economic, humanitarian and military assistance to Kyiv.

On a wider level, a series of tough punitive economic sanctions continue to be rolled out against Vladimir Putin and his entourage.

According to the latest statement by the Government, Britain is: “Providing humanitarian aid for vital medical supplies and other help.

“We have committed almost £400million overall, including £220million of humanitarian assistance. 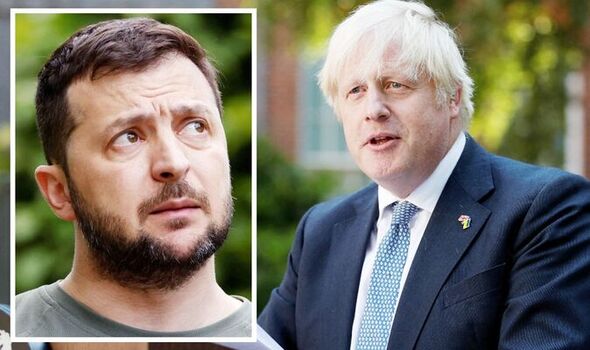 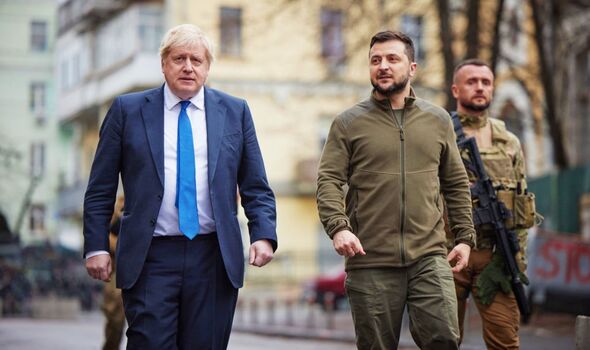 Britain has also led the way when it comes to military support to Ukraine, something that has no doubt changed the face of the war, in particular, during the early stages – British NLAW anti-tank rockets wiped out swathes of Russian tanks, as Ukrainian soldiers were heard shouting “God save the Queen”.

The UK committed in July to sending another £1billion of military support to Ukraine.

That brings the total UK military and economic support to £3.8billion this year.

The Government said: “We are providing military aid to Ukraine, continuing to work with international partners to supply vital weapons to the Armed Forces of Ukraine.

“On 17 June, the Prime Minister announced plans for a major UK-led training scheme to support the Armed Forces of Ukraine.”

The training hopes to see up to 100,000 Ukrainian troops receive expert guidance, and has seen the Canadian military join the effort to help with strategic training. 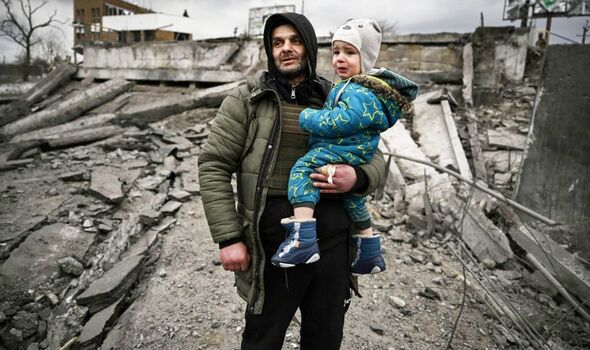 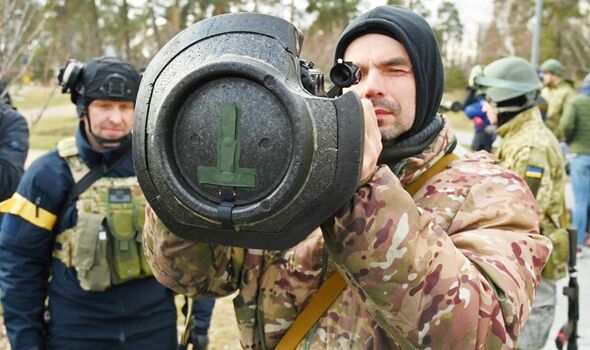 On a humanitarian level, the UK has opened its doors to Ukrainian refugees by relaxing visa requirements for those seeking an escape from the war.

“We are also offering a sponsorship scheme, Homes for Ukraine, allowing individuals, charities, community groups and businesses in the UK to bring Ukrainians to safety – including those with no family ties to the UK.” 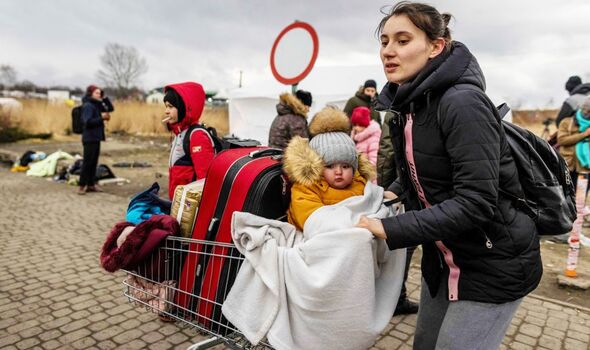 But, in spite of the goodwill gesture, several teething problems have arisen since Ukrainian refugees arrived in the UK.

Of the 95,400 Ukrainian refugees that have arrived in Britain, some have complained of falling out with host families, citing cultural differences.

Reports emerged last month suggesting host families were having to evict families in order for the Government to take steps to provide them with alternative accommodation.

In terms of soft power against Russia, the UK has also led the way in bringing Putin’s financial war machine to a grinding halt. 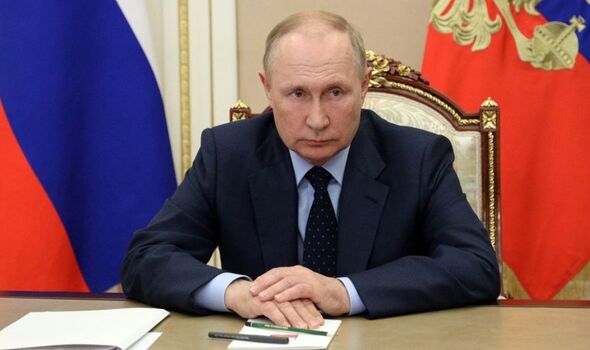 The Government added: “We are delivering an unprecedented package of sanctions to cut off funding for Putin’s war machine.

“We have now sanctioned over 1,000 individuals, entities and subsidiaries since Putin’s invasion of Ukraine, including 69 leading oligarchs.

“We have coordinated with our allies on sanctions aimed at starving the Russian government of funds to further its unprovoked war against Ukraine, including a joint decision by all G7 countries to remove Russian banks from the SWIFT system.”

Express.co.uk has also sought to provide help and advice to both Ukrainian refugees and host families through the launch of its Ukrainians in the UK webpage.

Advice is available on housing, language, education and employment, as well as a host of other useful tips and hints.