Google Maps may be adding new safety features for pedestrians looking to keep themselves safe while traveling at night.

According to code discovered by XDA developers, an online community that discusses Android development, Google Maps has been testing code behind-the-scenes that would indicate which walking route has the best lighting conditions.

Developers say that the feature would convey which streets were most brightly lit by lights by showing a yellow highlighted route.

Google has yet to publicly acknowledge the feature and an inquiry from MailOnline has not been answered before time of publication.

While not yet released, the idea to show users a map of visible routes is not altogether new. A popular tweet from earlier this year was received well by users.

‘I wish Google Maps had a “I’m walking home by myself at night” mode that would show you a way with well lit paths and open spaces. It always seems to take you on narrow, dark pathways in cities,’ wrote the user who received nearly 245,000 likes on the post.

XDA Developers suggests that the feature may roll out in India first as a response to an ongoing spat of sexual violence against women that has been widely reported by the media.

It’s also unclear exactly how the feature will work, specifically how Google plans to collect information on street lights. Engadget notes that its possible that Google may enlist users to submit their own data on streets.

Crowd-sourcing data in Maps, however, comes with some pretty serious downsides.

In 2015, Google was embroiled in a scandal over labeling certain locations with racial epithets after using data sourced from online discussions. 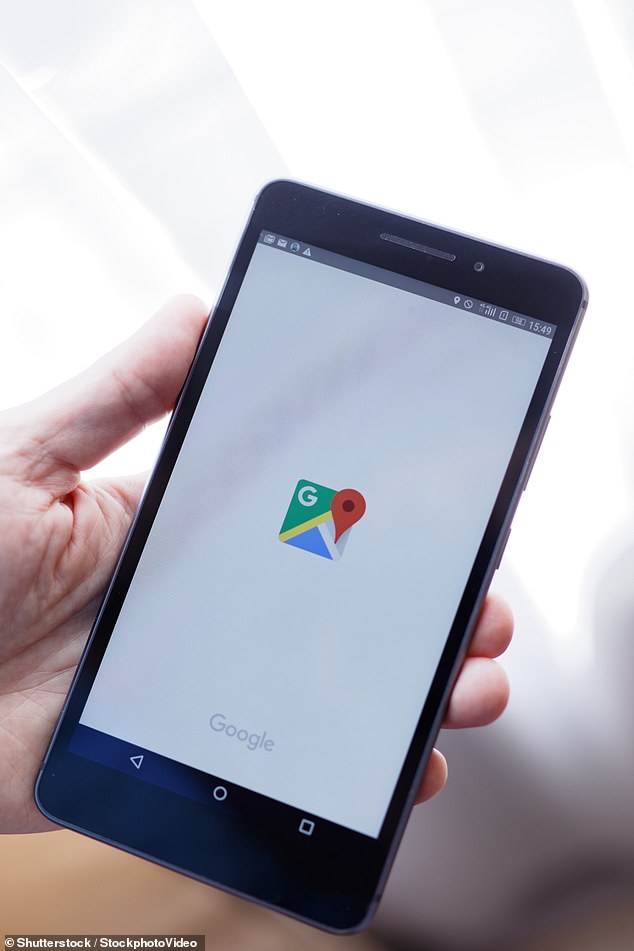 Google has rolled out several new features to Maps in recent months, including some that were originally rolled out in sister-app Waze (file photo)

According to a report from Wired: ‘searching for “n***a house” and “n***a king,” Maps returned a surprising location. A search for “slut’s house” led to an Indiana women’s dorm.’

Though Google had undoubtedly honed its practices since then, leaving data that may potentially affect a users’ safety in the hands of the masses may be a risk.

If rolled out, the feature will join others recently unveiled by Google designed to improve the pedestrian navigation experience.

Among them are augmented reality walking directions that use one’s phone camera to superimpose Google navigation over their surroundings and verbal directions for those that are vision impaired.