Santa’s digital village is now live and available to explore as Google launches the website which will host the Santa tracker from Christmas eve.

For little ones who can’t wait to log on and see Santa’s progress later this month, there is now a bundle of festive fun to be had.

Games including a ‘wrap battle’ and an ‘elf maker’ are now live on Google’s Santa Village.

However the Santa tracker, which allows viewers to watch Santa’s every move, won’t launch until Santa prepares his sleigh on Christmas Eve.

The afternoon before Christmas you can expect to see father Christmas’s journey begin as this is the start of the Christmas day for some places in the world.

He and his trusty reindeer will begin deliveries along the international date line (that runs around the world from the North to the South pole). 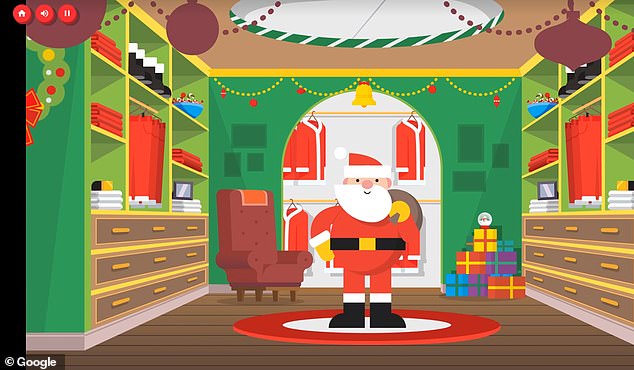 From there he will travel to all 195 countries before ending his journey on what will be midday Christmas Day for the UK.

In the meantime those eager to enjoy all things Santa can enjoy a wealth of entertaining and educational games in Santa’s Village.

‘Code Boogie’ which is designed to help little ones learn code teaches the use of sequences to achieve a result – in this case boogie dance moves. 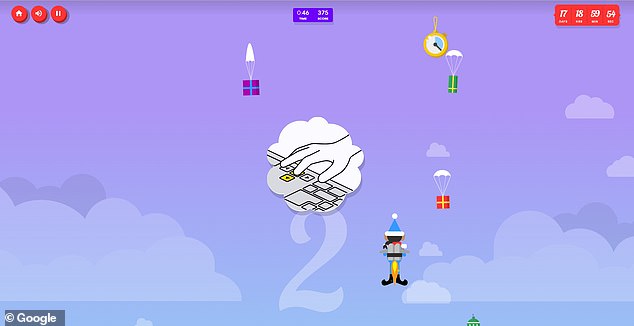 Another ‘holiday traditions’ game aims to teach children the different Christmas practices from around the world – from the French who put their shoes by the fireplace on Christmas eve to the Icelandic who give their family members warm items of clothing.

A jet packing elf can be zoomed through presents to win points in one Christmas themed game.

Another game allows users to take their pick of performing elves, all playing different instruments, to make a custom Christmas band. 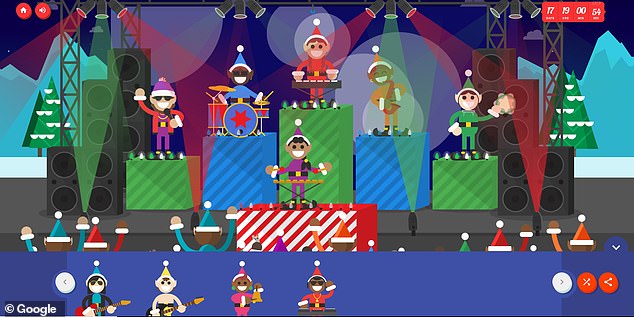 The website randomly sends the user to different pages each time they click play on the homepage.

One section shows an amusing animation of two naughty penguins breaking into Santa’s room and trashing it after stealing the room code –  only to be chucked out when Santa returns.

The website also has a countdown in the right hand corner, ticking down by the second until Christmas day.

A guide on the website reads: ‘Santa’s Village is the perfect place for families to celebrate the season.

‘You’ll find all your favorite characters together with fun, educational and interactive activities for every age.

‘On December 24th Santa’s Village transforms into a tracking experience where you can follow Santa and his reindeer as they deliver presents to kids around the world.

‘Psst! Did you know, Santa’s journey lasts 25 hours?! He makes his first stop just after 10 PM local time in far eastern Russia, when it’s 5 AM in New York and 11 AM in Paris.’ 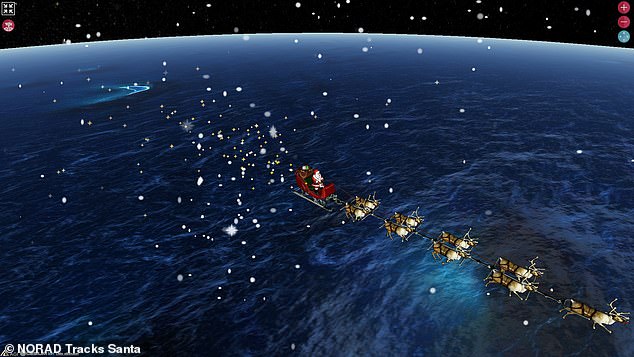 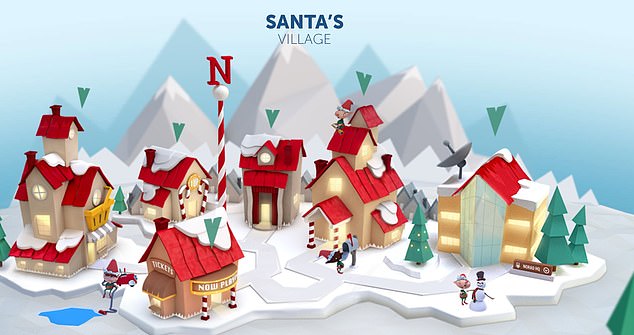 It’s a hectic night for Santa who runs a tight schedule and will be dropping off gifts at 390,000 homes per minute during his trip (elves preparing gifts at the North Pole)

Throughout the rest of the year the US and Canadian military command monitor airspace for hazards such as nuclear attack – but during Christmas they switch their sites to look for something far more enchanting, St Nick’s sleigh.

The site will also be launching its live tracker on Christmas eve as Santa begins his speedy journey visiting 390,000 homes per minute, that’s 6,424 per second. 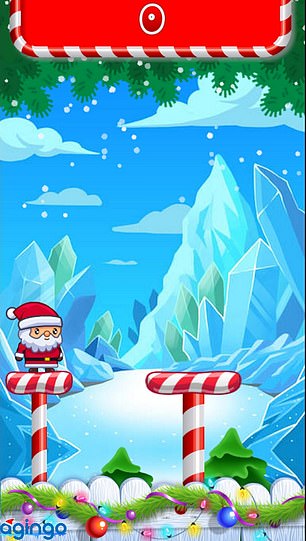 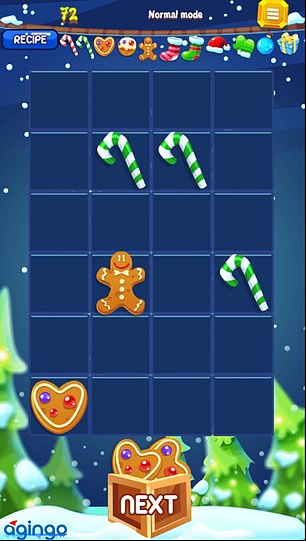