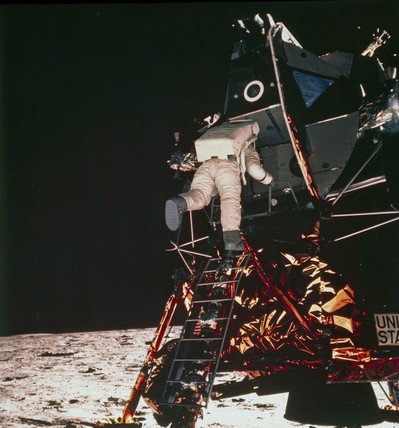 Mr Allen, the publisher of Nexus magazine, which examines conspiracy theories, said the astronaut’s behaviour would be reckless.

He said: “A very basic rule of mountaineering and rock climbing is always to have three points of contact before making any movement.

“Aldrin only has two. That would be considered dangerous on any mountain, let alone on the Moon, where a fall from 10 feet could prove life threatening with no possibility of rescue.

“If you have less weight your body is going to weigh considerably less – it would be like walking on ice.

“It would have been reckless to come down like that, adding: “Aldrin could have tore his spacesuit causing it to depressurise and for him to die”. 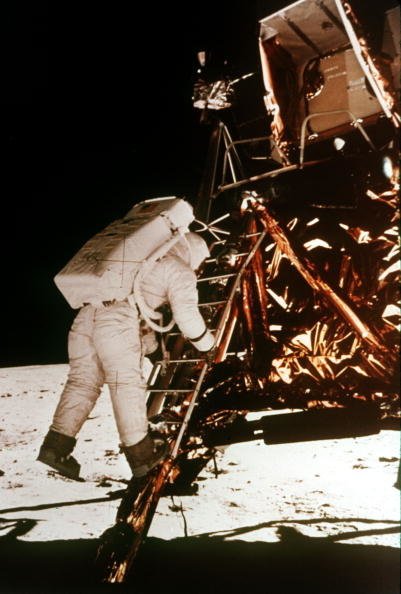 “You would have both feet on the ladder at least. He didn’t know how his body would have reacted to less gravity.”

He also claimed maneuverability would have been “extremely difficult” for Aldrin because there is an obstruction on the top step of the ladder and Aldrin has a very restricted view from inside his spacesuit helmet.

Mr Allen, of East Grinstead, West Sussex, also claims the Hasselblad camera used on the Apollo 11 mission used Kodak Ektachrome transparency film which would have disintegrated on the moon.

He said: “Space is a vacuum, there is no pressure at all. Photographic film is basically destroyed in a vacuum.

“In order for the photographic film to be able to survive it must be pressurised at 1.5 bar.” 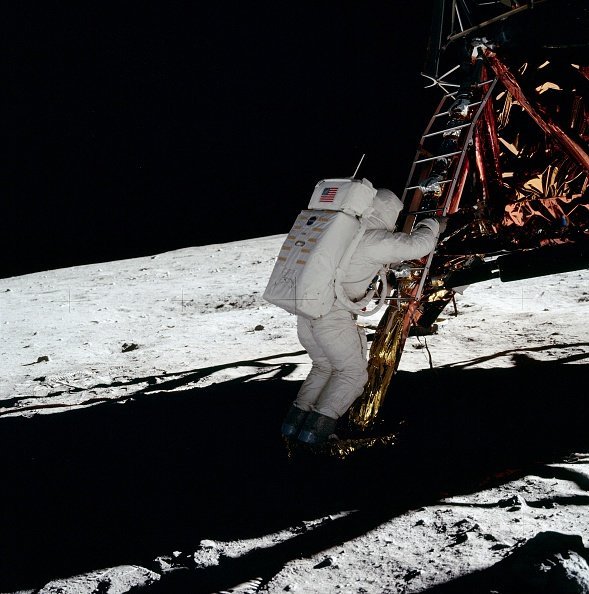 Mr Allen added there is “a lot of evidence” which proove the moon landings were faked.

He said: “It was a publicity stunt – it was to demonstrate America’s technological superiority in the Cold War.

“I have never seen any evidence of any human having landed on the lunar surface.”

Pictures taken on the moon appear well exposed and show the details on the astronauts suits and the lunar lander – Allen insists this proves the images were faked.

He said: “Kodak Ektachrome film has a very low tolerance of exposure latitude – get the exposure correct or the shot is ruined. 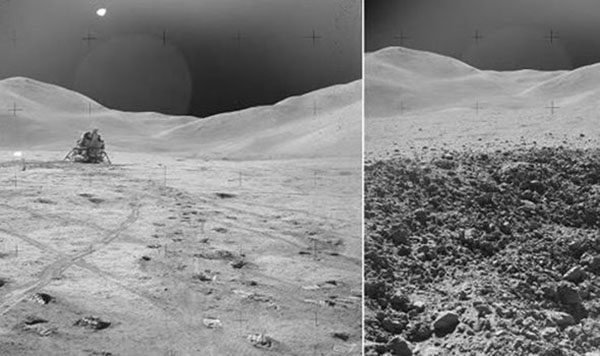 “The lunar Hasselblad camera had no viewfinder, with both the shutter button on the front of the camera and the film counter dial on the side, not visible from inside
a space suit helmet.

“On the lunar Hasselblad camera the focus, aperture and shutter speed rings all had
to be manually operated by astronauts wearing pressurised armoured gauntlets; an
essential part of their space suits.

“No additional light source or reflectors were carried on any Apollo missions, yet
Aldrin appears ‘lit up like a Christmas tree’ in this and others of the same scene.”

Other conspiracy theorists claim to have found an identical backdrop in two different pictures from the Apollo 15 moon mission in 1971. 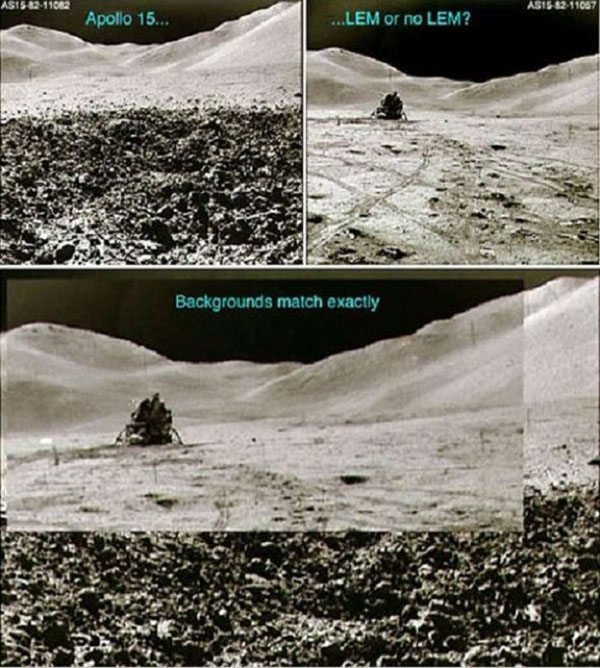 The pictures claim to have been taken by NASA at different locations on the Moon during the mission.

In one the lunar module is there and tracks are visible, while the other shows a more rocky surface in the foreground.

But Moon hoaxers David Percy and Mary D.M Bennett insist in their book Dark Moon: Apollo and the Whistle-blowers that the photos and others were staged in a studio.

Mr Percy has laid the two pictures over each other and claim the backgrounds match and perfectly overlay each other.

They also claim in the book that their research proves that the Moon landing images were “faked and at the same time skilfully encoded with deliberate mistakes”.