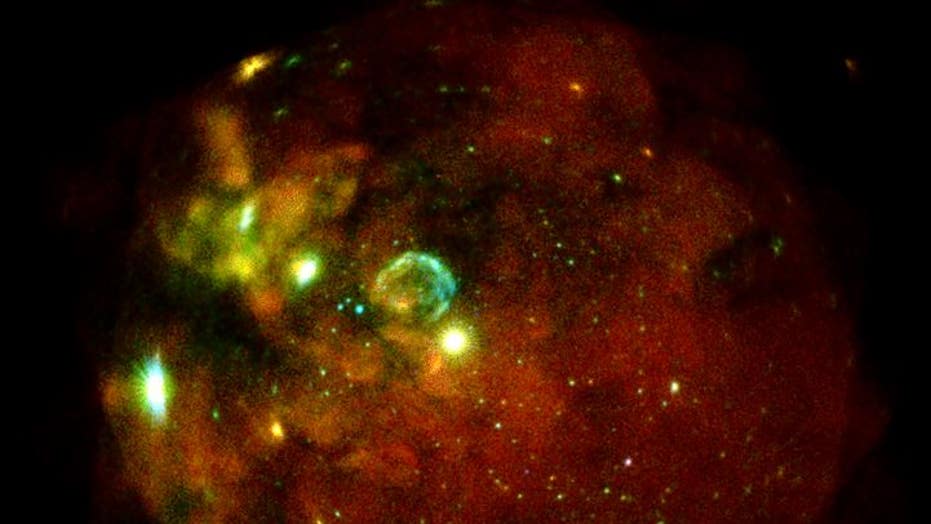 The first amazing images from a dark energy-hunting telescope have been revealed.

The first image, released by the Max Planck Institute for Extraterrestrial Physics (MPE) in Garching, Germany, combined X-ray images of a neighboring galaxy, the Large Magellanic Cloud, along with a pair of interacting clusters of galaxies at a distance of about 800 million light-years.

“These first images from our telescope show the true beauty of the hidden universe,” said Peter Predehl, principal investigator of eROSITA, in a statement. “To meet our science goals we needed enough sensitivity to detect the most distant clusters of galaxies in the universe over the whole sky, and resolve them spatially. These first light images show that we can do exactly that, but we can go a lot further.” 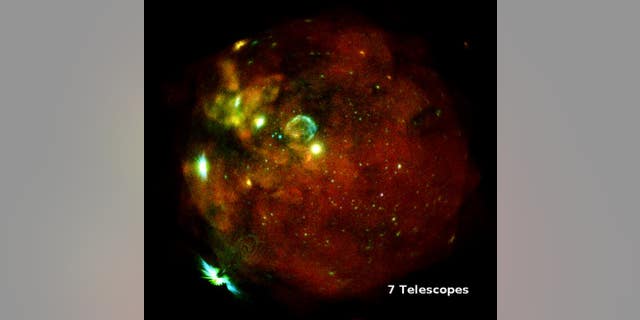 According to the MPE, each telescope is equipped with state-of-the-art CCD cameras with superb spectral and timing resolution. “The potential for new discoveries is immense. Now we can start reaping the fruits of more than 10 years of work,” added Predehl.

Another eROSITA image of the A3391/3395 system of clusters of galaxies shows the different processes that lead to the formation of so-called gigantic structures in the universe, according to scientists.

The clusters, which look like large nebulae in the images, actually span tens of millions of light-years across, and contain thousands of galaxies each. 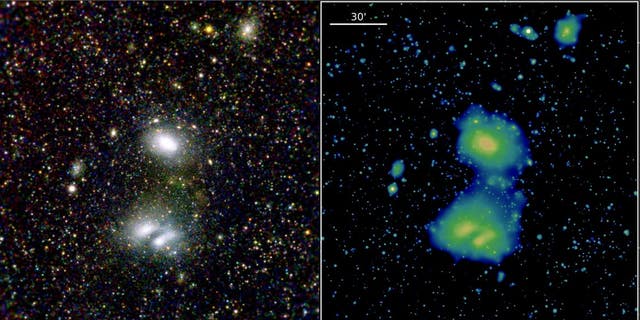 “X-rays give us a unique view of the Universe, hidden in visible light,” said Kirpal Nandra, director of high-energy astrophysics at MPE. “Looking at an apparently normal star, in X-rays we might see an orbiting white dwarf or neutron star in the process of devouring its companion. Visible light shows the structure of a galaxy traced by its stars, but the X-rays are dominated by supermassive black holes growing at their centers."

Nandra continued: "And where we see clusters of galaxies with optical telescopes, X-rays reveal the huge reservoirs of gas filling the space between them and tracing out the dark matter structure of the Universe. With its performance demonstrated, we now know that eROSITA will lead to a breakthrough in our understanding of the evolution of the energetic Universe."

The eROSITA was launched on July 13 as part of the Russian-German Spektrum-Roentgen-Gamma (SRG) space mission and has now entered its target orbit 100 days after launch.