Home » Science » How Suckerfish Surf Across Blue Whales Without Falling Off

In 2014, Jeremy Goldbogen, a marine biologist at Stanford University, stuck video cameras on the backs of blue whales, hoping to learn more about their feeding habits. When he retrieved the footage, he realized he had been photobombed. Dozens of Remora australis were treating his research subjects like dance floors, skimming and twisting across them — even as the whales swam at high speeds.

They were “cruising all over the surface” of the whales, he said. “We were not expecting that at all.”

Remoras — also known as suckerfish or whalesuckers — are strange, even for fish. They hitch rides with cetaceans, sharks and other larger creatures of the deep, attaching to them by means of a “sucking disc” that sits on their head like a flat, sticky hat. They then act as a kind of mobile pit crew, eating dead skin, parasites and leftovers off their hosts’ bodies as they’re dragged along upside down.

Despite their appeal, we know very little about them. Many scientists have “looked past remoras to whatever charismatic megafauna they were attached to,” said Brooke Flammang, an assistant professor of biology at the New Jersey Institute of Technology. For a study published Wednesday in the Journal of Experimental Biology, Dr. Flammang, Dr. Goldbogen and others investigated how remoras maneuver while their whale hosts are on the move, bucking our previous view of them as passive hangers-on.

Dr. Flammang, who has been working with remoras for years, was filled with questions by Dr. Goldbogen’s footage when she first saw it in 2015: Why did the remoras seem to prefer certain places on the whale? And how were they able to skim along the surface of their cetacean conveyances without getting blown off? 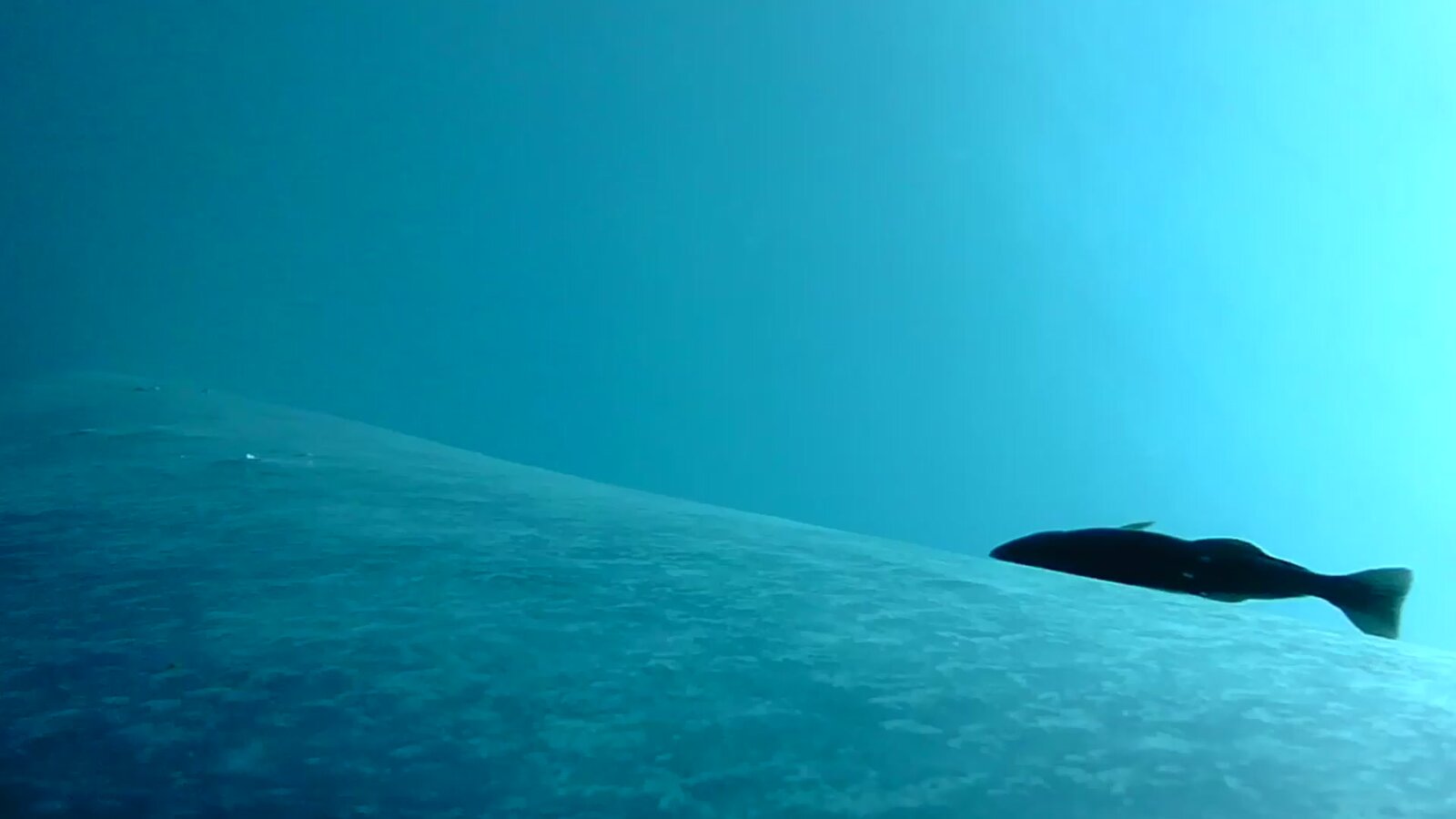 To solve these mysteries, Dr. Flammang and her collaborators built a 3-D digital model of a blue whale. Reproducing a bus-size creature down to the millimeter was “a big problem, literally,” she said.

In the videos, remoras tended to cluster around the whale’s blowhole and dorsal fin. An analysis of how fluid flows around the whale showed these to be low-drag areas protected from the whoosh of water — “kind of like an eddy behind a rock in a river,” said Dr. Flammang. In other words, a safe place to hang your sucking disc.

Next, they looked into how the remoras were able to surf between these sheltered spots. This came down to a slice of water located just next to the whale, which flows relatively slowly even if the whale is going fast. Think of walking down a city block in a windstorm, Dr. Flammang said — the closer you stick to the buildings, the less you feel the gusts.

According to the model simulations, the boundary layer between the whale’s blowhole and dorsal fin is thick enough that a remora can fit mostly inside of it. “It’s swimming in a much lower-velocity fluid than it would be if it were just a few centimeters higher,” she said.

Another analysis, this time of fluid flow around a remora, suggested that as the fish’s sucking disc skims above the whale’s skin, a low-pressure zone forms between them — potentially helping to keep the fish close. (In some video snippets, fish that venture too far from the surface are thrown “head over tail fin” off the whale, Dr. Flammang said, although they usually recover and return.) 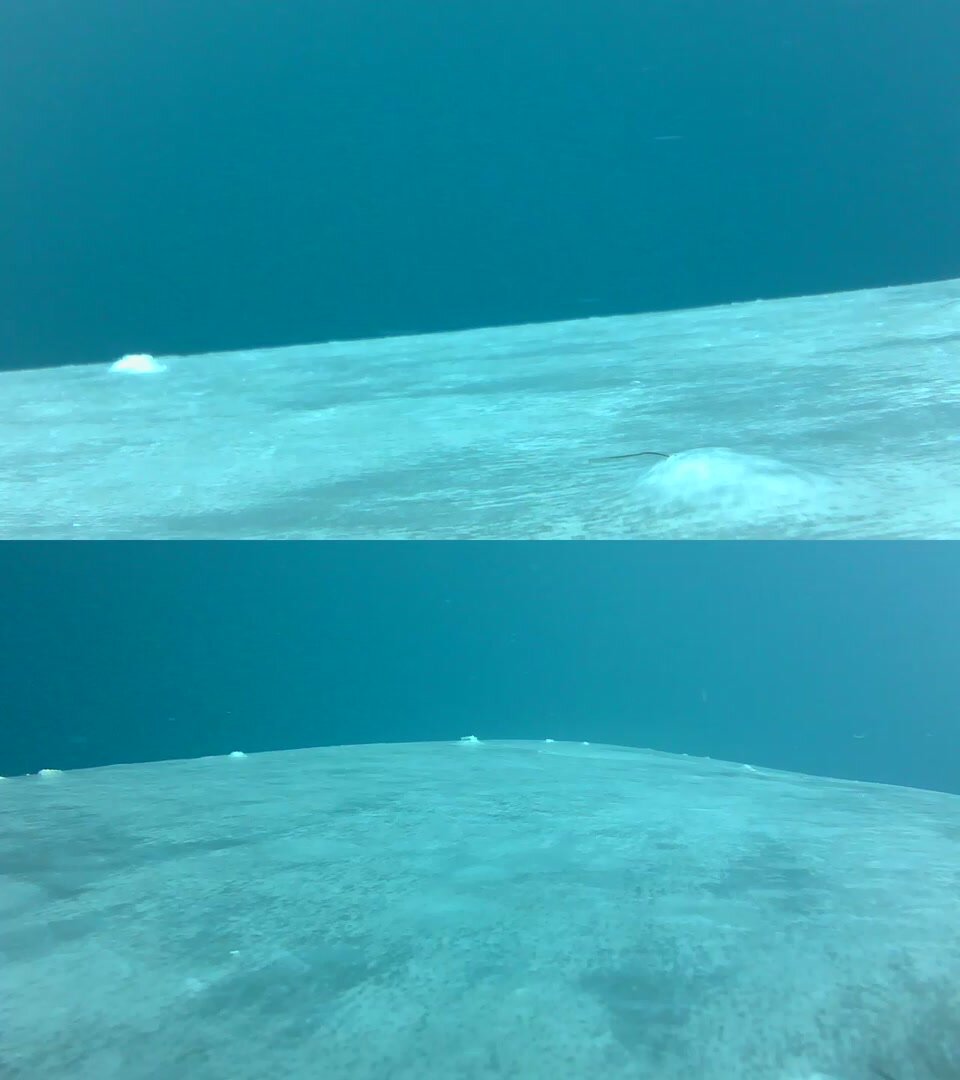 The study successfully combined methods to turn an incidental set of observations into a robust understanding, said Marianne Porter, a biologist at Florida Atlantic University who was not involved. It’s “a great example of how science should work — a question going from one place to another,” she said.

Next, Dr. Flammang hopes to investigate whether larger remora species use similar tactics on smaller hosts.

She has also been developing an artificial suction disk inspired by the remora’s, which she hopes researchers like Dr. Goldbogen will eventually be able to use to better stick cameras to whales. These latest findings could help them figure out where on the whale to put them for “long-term attachment,” she said. Who knows who might show up in future footage.