To save endangered plant species, horticulturalists are using a tactic they’ve borrowed from horse breeders and zookeepers, building breeding registries or “studbooks” to avoid inbreeding. Naturally, they’re starting with a plant with a Latin name that means “large misshapen penis.”

At botanical gardens around the world, Amorphophallus titanum sets off a sensation during its infrequent blooms that come when they will. Best known as the corpse flower because it smells so bad, it has the largest flower of any plant in the world. More gardens than ever in the United States are cultivating this rare horticultural celebrity that draws throngs of visitors to their greenhouses.

But the threatened species is difficult to raise, and with a small number of available specimens to work with, there’s a risk of losing the genetic variety needed to raise hearty corpse flowers in conservatories, and potentially to preserve it in the wild.

“When you don’t have a lot of genetic diversity, you can get what’s called inbreeding depression because you’re basically breeding closely related plants with each other,” said Susan Pell, deputy executive director of the United States Botanic Garden in Washington, D.C. Inbreeding may manifest in fewer viable seeds, weaker seedlings and a decline in the diversity of the plants’ physical characteristics, she said.

Efforts to conserve the corpse flower are taking center stage in an initiative led by the Chicago Botanic Garden to increase rare plants’ odds of survival by maximizing their genetic diversity. The project will apply breeding principles used by zoos to conserve animal species to six plants that are perilously close to extinction, hopefully proving methods that could be applied to many other plants.

“We’ve often focused on saving a species but we haven’t focused on preserving the diversity of the species,” said Jeremie Fant, a conservation scientist at Chicago Botanic Garden in Glencoe, Ill. 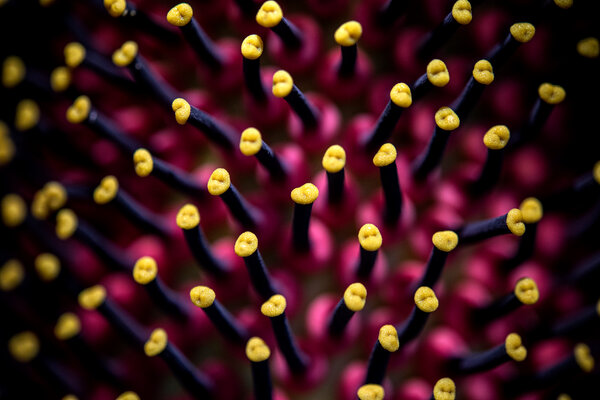 Funded by a grant from the Institute of Museum and Library Services, a federal agency, participants in the three-year project, which include botanical gardens in Atlanta, Florida and Hawaii, are gathering genetic information from each of the six species grown in botanical gardens around the world, as well as historical information, including where each plant came from and its age.

Once DNA is extracted from the collected plant material, the project participants will use population management software to create plant pedigrees.

Then, they can identify ideal breeding matches and underrepresented genetic traits. The goal is a centralized studbook database that documents rare plants’ pedigrees, demographics and genetics that could play a significant role in the future of rare plant conservation efforts.

Chicago Botanic Garden is in the process of collecting genetic material from corpse flowers at 140 botanic gardens and private collections. The other five plants are: the Attalea crassispatha, a rare palm found in southwest Haiti; Hibiscus waimea, a flowering member of the okra family from Kauai; Magnolia stellata, a small tree native to Japan, also known as the star magnolia; Magnolia zenii, an endangered type of magnolia tree from China; and Phyllostegia electra, a rare type of flowering mint found only on Kauai.

For help in producing the studbooks for each plant species, the gardens are turning to the Brookfield Zoo west of Chicago. The zoo cares for 45 endangered animal species that have “species survival plans,” a sizable chunk of the total 125 species covered by such documents. North American zoos and aquariums coordinate on the plans to manage breeding programs for selected species, aiming to maintain healthy captive populations and ensure genetic diversity.

Project developers chose the six threatened species because either their seeds cannot tolerate traditional storage conditions or because they produce little to no seeds, said Dr. Fant. Up to half of all rare plant species fit this description.

The six plant species were also selected because they have been grown in botanical gardens for several generations and are dependent on humans in order to reproduce, he said.

Based on this criteria, the corpse flower is especially well suited for the project because its history has been documented since 1889, when it bloomed for the first time outside of its native Sumatra, at the Royal Botanic Gardens at Kew in London. Further, the corpse flower, whose blooms unleash a pungent odor that has been compared to the smell of a dead body to attract pollinating insects in the wild, needs human help to propagate in captivity.

Corpse flowers require just the right temperature, light, water and humidity to replicate the tropical growing conditions that let the plant store enough energy to flower approximately once a decade, said Joyce Rondinella, senior horticulturalist at Longwood Gardens in Kennett Square, Pa., which is not involved in the project.

Ms. Rondinella has tended the corpse flower known as “Sprout” since its arrival at Longwood from the Chicago Botanic Garden in 2018. Sprout grew to be more than six feet tall and blossomed for two days in July 2020, drawing crowds of people to see the rare plant, she said.

The corpse flower could help bring much-needed attention to the importance of genetic diversity in plants, which is a worldwide problem because of disappearing plant habitats, Ms. Rondinella said.

There’s more than just smelly garden shows and ticket sales at stake in preserving plant genetic diversity. Ending up with plant populations that are too genetically insular could result in the loss of species that may one day provide food or medicines for future human use.