Home » Science » How You Can Help Count and Conserve Native Bees

In the last 20 years, the rusty patched bumblebee population declined by 87 percent because of habitat loss, use of pesticides and disease. This fuzzy bee, native to the continental United States, gets its name from the rusty patch on its back.

These bumblebees pollinate fruits and vegetables we eat, unlike the Gulf Coast solitary bee, which gathers pollen from only one plant — the Coastal Plain honeycomb head, a member of the aster family. You could say they’re specialists, whereas, rusty patched bumblebees and honeybees are generalists.

Honeybees — a European import to the Americas — and their colony collapse problems get a lot of attention, but native bees that have their own ecological role are facing similar and perhaps additional threats. The decline among native bees is a known problem, and there are a variety of efforts to save them; however, the full extent of the problem is not well understood.

“While regional studies have tracked the decline of native bees,” said S. Hollis Woodard, an entomologist at the University of California, Riverside, “there hasn’t been a coordinated nationwide effort to monitor these pollinators.”

Dr. Woodard and colleagues explained this problem in a paper published this month in the journal Biological Conservation, and proposed a new approach to monitoring native bees. But she and scientists at institutions across the United States are going beyond doing studies about the problem. They have also started an effort to collect better data on native bee populations, as well as efforts to conserve them, as part of the U.S. National Native Bee Monitoring Research Coordination Network. The project, supported by the U.S. Department of Agriculture, will train members of the public to look for and track wild bees.

“The data we collect will identify which conservation efforts are working,” Dr. Woodard said. 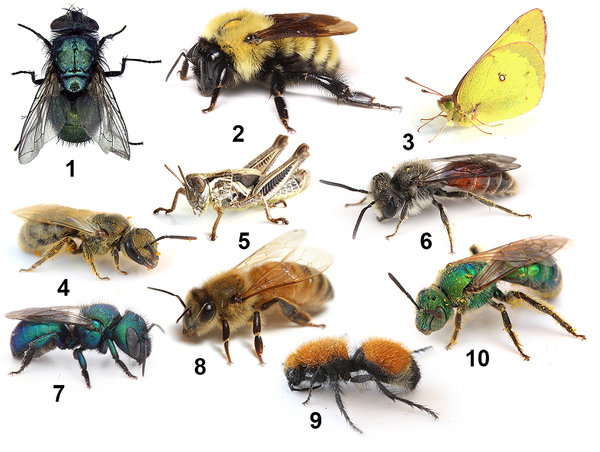 Can You Pick the Bees Out of This Insect Lineup?

How can we save the pollinators if we don’t even recognize them?

Zach Portman, a bee taxonomist at Minnesota State University who is active in the bee monitoring program but did not participate in Dr. Woodard’s latest paper, said in a blog post for the network that a new methodology is needed for keeping track of native bees. Existing programs often get bottlenecked with large numbers of specimens that are difficult for conservationists to identify or to assess the populations of individual species.

“There are a lot of good possibilities that include monitoring habitats, monitoring focal plants to detect changes in ecosystems, or monitoring a smaller subset of species such as bumble bees,” he said.

The bee monitoring network welcomes citizen scientists to participate, and partners them with experts who will identify photos and data the contributors collect, which Dr. Woodward hopes will avoid the problems highlighted by Dr. Portman.

It’s a bit like the Great Backyard Bird Count, where birders of all ages conduct a count every February to collect data about bird populations.

“We’ve learned a lot from scientists in the birding community,” Dr. Woodard said. “We are hoping people of all ages and backgrounds will participate in monitoring bees that are local to their areas.” 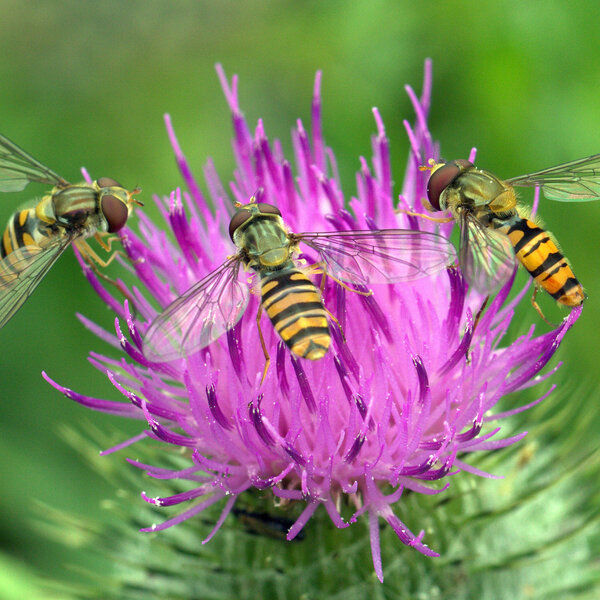 There are about 4,000 bee species in the U.S, but many other insects sport their telltale patterns. Here’s how to spot some of these clever mimics.

The bee count will run through 2023, and the program encourages participants to sign up at its website or send an email to [email protected]

“We’ve made collecting data easy,” Dr. Woodard said. “Once you join, you’ll get an email from a coordinator in your area and an app to use to upload photos and basic information of where the photos were taken.”

Scientists working with the program then identify the bees in the photos and record the information for their database.

Dr. Woodard expects the program to evolve over time. The website will post new information and a series of events will be listed soon.

“This is a new direction for my lab,” Dr. Woodard said. “It’s exciting that we’ll soon be collecting data from a wide variety of ecosystems across the country.”