The Hubble Space Telescope has been staring into deep space for 29 years. During this time, NASA’s eye in the sky has continually astounded astronomers with incredible images of the cosmos. And NASA has now released arguably the greatest image of them all – the Hubble Legacy Field, documenting decades of observing deep space.

US space agency NASA has named the resulting photograph, containing 265,000 galaxies which stretch back to mere 500 million years after the Big Bang, the Hubble Legacy Field.

The wavelength range of this image stretches from ultraviolet to near-infrared light, capturing all the features of galaxy assembly over time.

The faintest and farthest galaxies in the image are just one ten-billionth the brightness of what the human eye can observe.

Professor Garth Illingworth of the University of California, who helped assemble the photograph, said: “Now that we have gone wider than in previous surveys, we are harvesting many more distant galaxies in the largest such dataset ever produced. 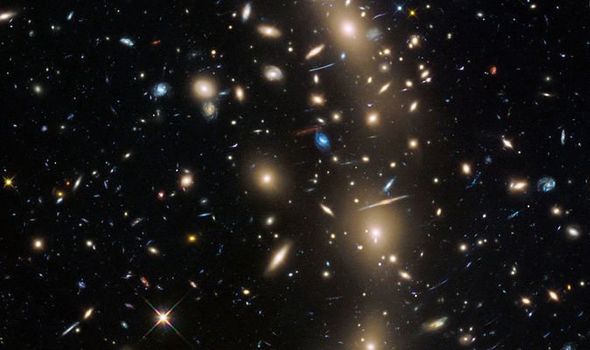 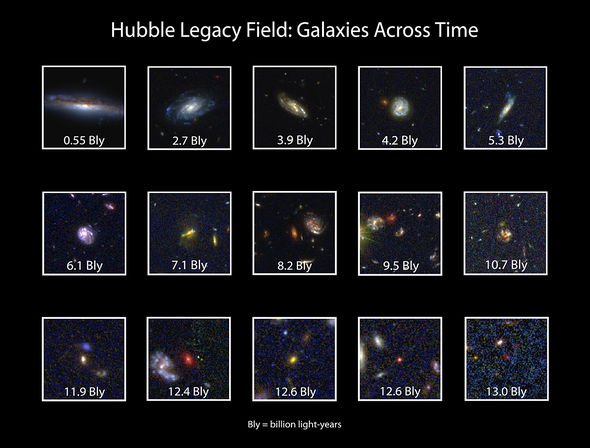 “No image will surpass this one until future space telescopes like James Webb are launched.”

The 2012 Hubble eXtreme Deep Field was created by combining ten years of NASA Hubble observations taken of a patch of sky within the original Hubble Ultra Deep Field.

But the new set of Hubble images, created from 7,500 individual exposures, is the most detailed Hubble photograph yet.

The image comprises the collective work of 31 Hubble programs by different teams of astronomers.

NASA has spent more time trained on this small area than on any other region of the sky, totalling more than 250 days.

NASA Hubble team member Rychard Bouwens, of Leiden University, said: ”One exciting aspect of these new images is the large number of sensitive colour channels now available to view distant galaxies, especially in the ultraviolet part of the spectrum.

“With images at so many frequencies, we can dissect the light from galaxies into the contributions from old and young stars, as well as active galactic nuclei.” 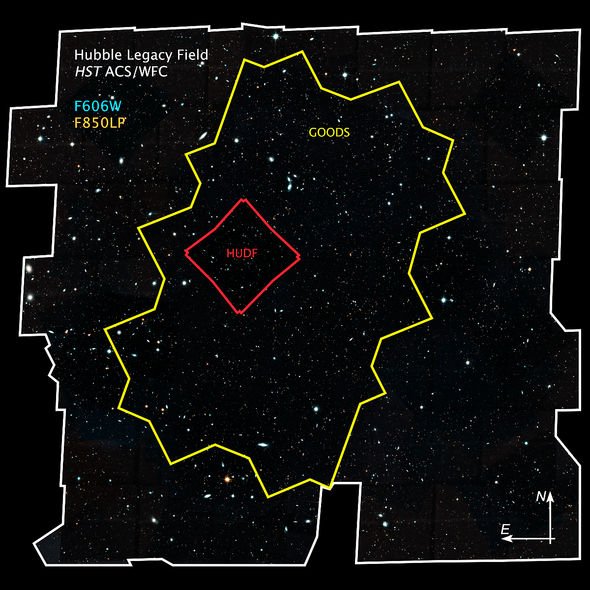 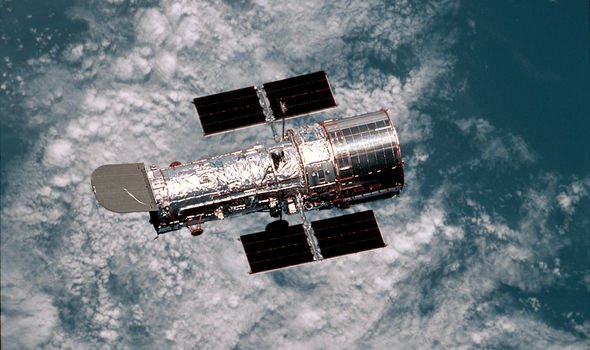 Before Hubble was launched in 1990, astronomers were able to see galaxies up to about seven billion light-years away, half way back to the Big Bang.

Observations with ground-based telescopes were not able to establish how galaxies formed and evolved in the early Universe.

Like watching individual frames of a motion picture, the Hubble deep surveys reveal the emergence of structure in the nascent universe and the subsequent dynamic stages of galaxy evolution.

Deep-field views of galaxies such as this helps NASA to trace the universe’s expansion and develop our understanding of the underlying physics of the cosmos.

Galaxies also show when the chemical elements originated and enable the conditions that eventually led to the emergence of life.

Professor Katherine Whitaker, of the University of Connecticut, said: “Such exquisite high-resolution measurements of the numerous galaxies in this catalogue enable a wide swath of extragalactic study.

The upcoming NASA James Webb Space Telescope will allow astronomers to push much deeper into the legacy field to reveal how the infant galaxies developed over time.