NASA chief Jim Bridenstine has doubled down on his claim that the space agency will be able to land humans on Mars in the 2030s, going so far as to say it could even be done by the middle of that decade. 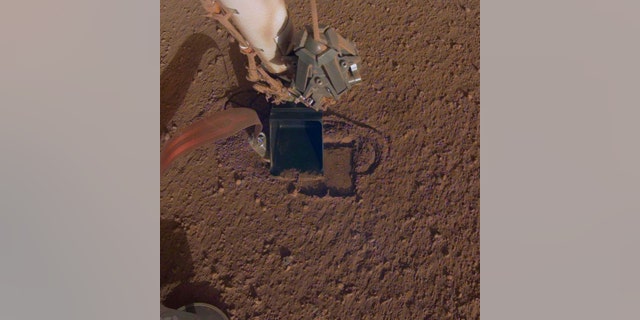 This October 2019 photo made available by NASA shows InSight’s heat probe digging into the surface of Mars. On Thursday, Oct. 17, 2019, NASA says the drilling device has penetrated three-quarters of an inch (2 centimeters) over the past week, after hitting a snag seven months ago. While just a baby step, scientists are thrilled with the progress. (NASA/JPL-Caltech via AP)

In April, Bridenstine said before lawmakers that NASA astronauts could be on the red planet by 2033, pushing up the timeframe, Fox 2 previously reported.

“We can move up the Mars landing by moving up the moon landing (to 2024),” Bridenstine told the House Committee on Science, Space and Technology. “We need to learn how to live and work in another world. The moon is the best place to prove those capabilities and technologies. The sooner we can achieve that objective, the sooner we can move on to Mars.”

Vice President Mike Pence also spoke at the IAC and said that NASA's Artemis program, which aims to return astronauts to the moon by 2024, is a stepping stone for an eventual mission to Mars.

"With Apollo in the history books, the Artemis mission has begun, and we are well on our way to making NASA's moon-to-Mars mission a reality," Pence said, according to Space.com.

Pence added that America is leading the world when it comes to space, but does want to partner with other countries that have like-minded values. 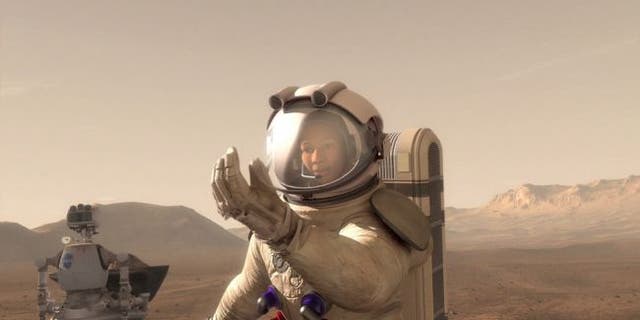 Indeed, Mars looms ever larger in America’s space future. In November 2018, NASA announced that it had selected the location where its Mars 2020 Rover will land on the red planet. The rover is expected to reach the Martian surface on Feb. 18, 2021.

Although Bridenstine and NASA’s long-term goal are to send a manned mission to Mars in the 2030s, Apollo 11 astronaut Buzz Aldrin thinks that a slightly later target date of 2040 is more realistic.

In an interview in 2016, Aldrin, the second man to walk on the moon, told Fox News that by 2040, astronauts could visit Mars’ moon Phobos, which could serve as a sort of stepping stone to the red planet.

Aldrin said in July that he was "disappointed" with the progress America's space program has made over the past 50 years while at the White House in July to celebrate the 50th anniversary of Apollo 11.