Hurricane Iota has strengthened into a dangerous Category 4 hurricane, according to the National Hurricane Center.

BEST WAY TO PREPARE FOR A STORM SURGE

Iota is approaching the same part of Central America battered by a similarly powerful Hurricane Eta just over a week ago. 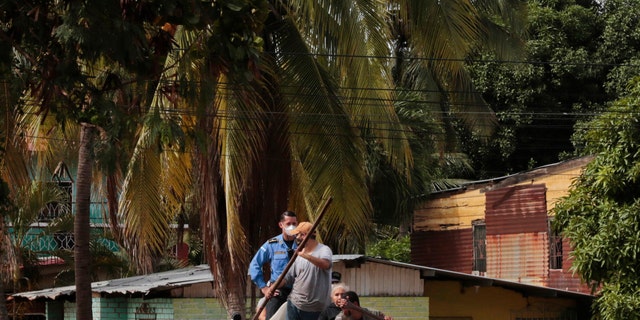 Evacuations were being conducted from low-lying areas in Nicaragua and Honduras near their shared border, which appeared to be Iota's likely landfall. Winds and rain were already being felt on the Nicaraguan coast Sunday night. Forecasters warned it would probably reach the Central America mainland late Monday.

In a 7 a.m. note, the NHC explained the hurricane is about 20 miles northwest of Isla de Providencia in Colombia and about 145 miles southeast of Cabo Gracias a Dios on the Nicaragua/Honduras border. The hurricane has maximum sustained winds of 155 mph.