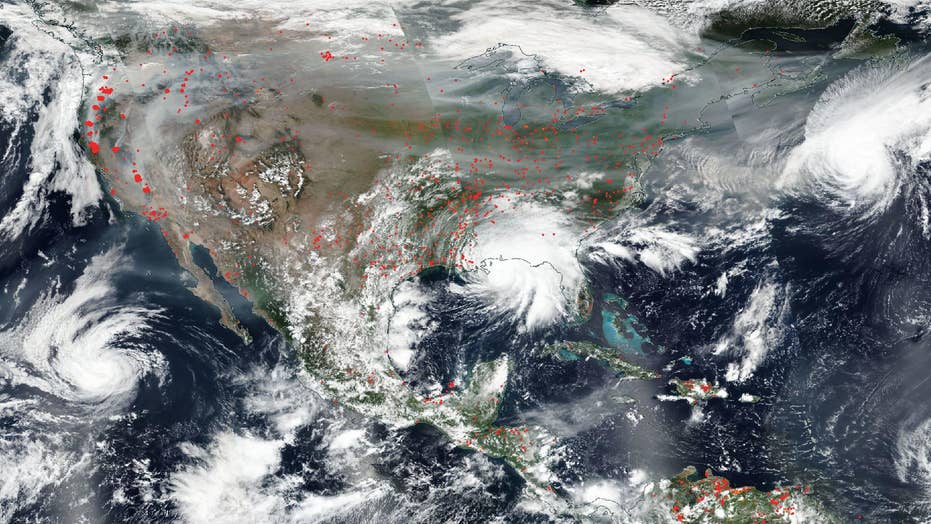 Hurricanes and wildfires across the U.S. have been revealed in an image captured by NASA’s Aqua satellite.

The satellite captured the true-color image on Sept. 15, according to the space agency, which noted “the fires in the West, the smoke from those fires drifting over the country, several hurricanes converging from different angles, and Hurricane Sally making landfall.”

Sally sloshed ashore Wednesday morning on the Gulf Coast as a Category 2 hurricane. It has since weakened to a tropical depression but is moving across the South, dumping rain. The hurricane has caused at least two deaths.

Wildfires devastating the western U.S. can also be clearly seen in the satellite image. 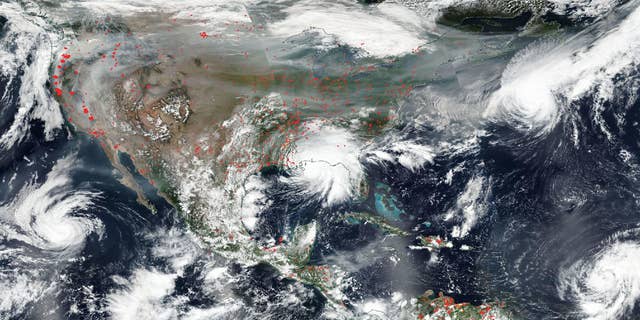 “Red points in the west note areas that are significantly higher in temperature than the areas around it and are indicative of fires,” NASA explained in the statement, which was released Sept. 16.

LIVE UPDATES: WILDFIRES LATEST IN CALIFORNIA AND OTHER WESTERN STATES

The remarkable image captured four hurricanes and tropical storms in both the East and the West.

“On the left hand side is Karina which is moving away from the Baja California area,” NASA said. “Hurricane Sally, seen in the middle of the image, made landfall overnight on the Gulf Coast bringing catastrophic flooding in its wake.”

Hurricane Paulette can also be seen off the East Coast, near Bermuda, while Hurricane Teddy is in the lower right-hand corner of the image, east of the Leeward Islands.

Launched on May 4, 2002, the Aqua satellite has six Earth-observing instruments on board and was previously known as EOS PM.

Fox News’ Travis Fedschun and The Associated Press contributed to this article.