Humpback whales are creatures of habit. They spend the summer in cold, high-latitude feeding areas. In the winter, when it’s time to mate, they return to the exact tropical spot where they were born. And when they get there, the males sing a tune common to that breeding ground, almost like it’s a local jingle or a college fight song.

But according to a study published last week in Royal Society Open Science, there’s at least one place where whales mix it up: Raoul Island, nearly 700 miles off the northeast coast of New Zealand. Humpback whales from the South Pacific tend to stop there for a few days on their way from various breeding grounds in places like Tonga and New Caledonia to their feeding ground in the ocean near Antarctica.

While they’re hanging out near Raoul Island, they do something researchers hadn’t seen before: Whales from each breeding ground share their own songs, and learn one another’s. In other words, it’s a humpback karaoke spot.

The music made by male humpback whales is instantly recognizable. Rich and haunting, it mixes disparate pitches and textures in a way most human musicians wouldn’t dare. These sounds are an object of fascination for experts and laypeople alike, and they have been the subject of at least one best-selling album. Researchers aren’t entirely sure why whales sing, although most agree that it has something to do with courtship. (Female humpbacks, which make interesting sounds of their own, seem to take the songs into account when choosing mates.)

The more people study humpback music, the more mysteries arise. For instance, although the male whales at a particular breeding ground all sing the same song, the songs themselves change from year to year, incorporating new elements and phrases.

After decades of analyzing the singing of South Pacific whales — one of 14 known humpback populations globally — scientists from the South Pacific Whale Research Consortium noticed that these changes weren’t random: Whales were remixing their songs to incorporate bits of music associated with other breeding grounds.

“The song we hear in whales in New Caledonia this year — next year we’ll hear elements of that song in the whales in Tonga,” said Rochelle Constantine, a biology professor at the University of Auckland and an author of the new paper. “It moves from west to east.”

The researchers started wondering: Where were the whales picking up these new tunes? Humpbacks don’t visit each other’s breeding grounds. And the feeding grounds, where whales from the South Pacific population are all together, are largely silent. “It’s not the month to be singing,” Dr. Constantine said. “They’re busy.”

Raoul Island, a volcanically active landmass half the size of Manhattan, is not an obvious place for a whale party. But over the past decade or so, Dr. Constantine said, Department of Conservation rangers posted there had noticed humpbacks aggregating in September and October.

“Instead of just swimming in a straight line down to the feeding grounds, which is the fastest point from A to B, they will come out of their way” to spend time at the island, Dr. Constantine said.

In 2015, she and some colleagues traveled there to figure out what they were up to.

When the researchers lowered a hydrophone, or underwater microphone, into the water, they were “quite surprised at how much song we heard,” Dr. Constantine said. The singing — which the researchers could also hear through the hulls of their boats — was not quite as loud or lusty as it generally is at the breeding grounds. But at any given moment, there was almost always at least one whale performing.

Acoustic analysis of the songs told the researchers that the singing whales were from a number of different breeding grounds, a conclusion bolstered by photo identification as well as later genetic testing. They even recorded a humpback singing two different songs, perhaps in the process of learning one from another migrating whale.

Although the study’s sample size is small — only a few dozen whales were recorded — the authors have “clearly demonstrated a location where the cultural transmission of song may occur,” said Melina Rekdahl, a marine conservation scientist for the Wildlife Conservation Society, who was not involved with the research.

She added that such transmission may also occur in other places, such as feeding grounds, and that questions remain, including why certain groups from the South Pacific were not found at the island and why songs always seem to move from west to east.

But one piece of the puzzle seems to have been placed. “The great mystery for us was: Where’s the place where they share the song?” Dr. Constantine said. “And we found it!” 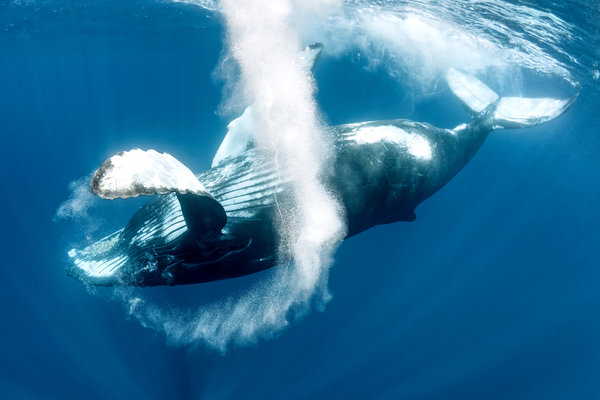 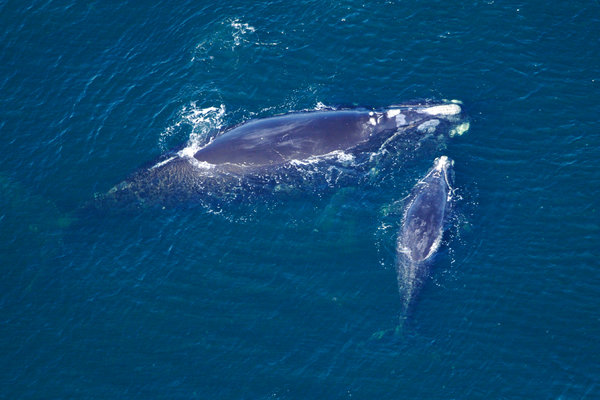 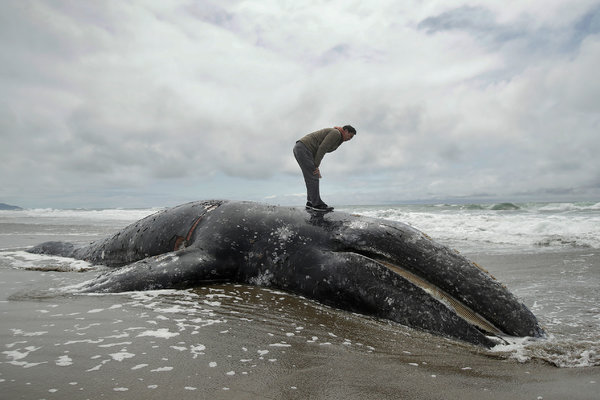 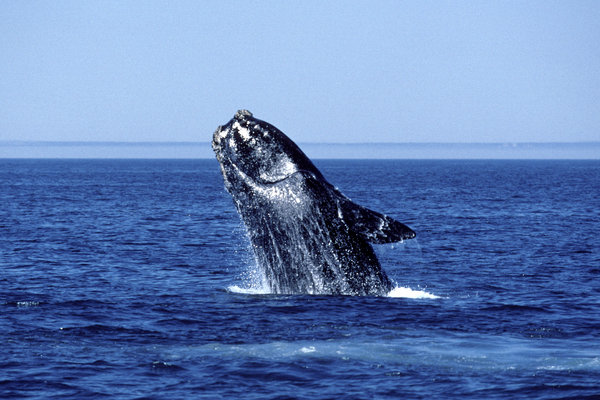