Today, astronauts Jessica Meir and Christina Koch are scheduled to conduct the first of three spacewalks in January to finish replacing nickel-hydrogen batteries with new lithium-ion batteries that store power generated by the solar arrays. Assuming today’s work goes as planned, NASA astronaut Andrew Morgan and ESA’s Luca Parmitano will also exit the station on Saturday, January 25, to finish installing the new Alpha Magnetic Spectrometer’s cooling apparatus too. NASA live coverage of the spacewalk will begin at 10:30am GMT (5:30am ET) on NASA TV and will also be broadcasted on YouTube.

But, ahead of the exercise, eagle-eyed viewers of the live stream think they spotted something out of place already.

One YouTube video, uploaded to the “Mars, Moon & Space TV” channel identified an anomaly from January 5, which appeared to show a light moving across space.

Researcher Thomas Mikey Jensen told viewers: “The light appears, look at that light, what could it be?

“It was captured from the ISS Space Station and my first thought was some kind of reflection from the optics, a sun flare, or something. 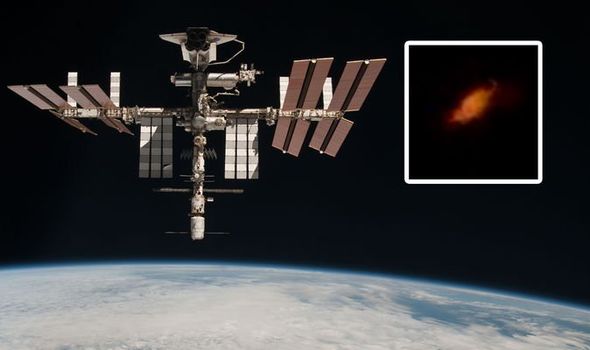 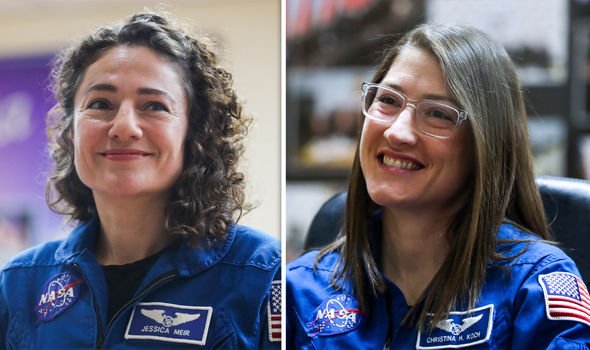 That is a fiery object in space

“But if you notice, it is moving upwards and looks to me like it is pulsating.

“It was actually moving up before it disappeared out of the screen.

“If it was a reflection it would be in the same spot all the way through the video.”

Mr Jensen went on to explain why he thought it could not be a reflection.

He added: “It actually moving slowly and it’s not on Earth, but you can see it moving out of the picture. 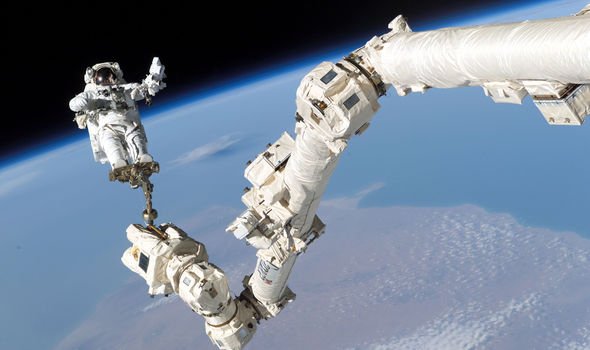 “I have seen thousands of videos now from the ISS and I think I’ve seen it all.

“You can see when the video continues that the ISS station becomes very clear, then you can compare to where the light actually is.

“It could be very far away or very close, we don’t know, but it seems NASA captured something on their own live stream and published it without knowing.”

The clip has racked up more than a thousand views since it was uploaded, with some speculating what they think it could be. 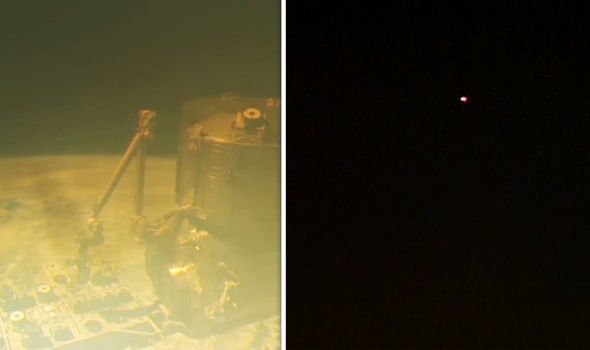 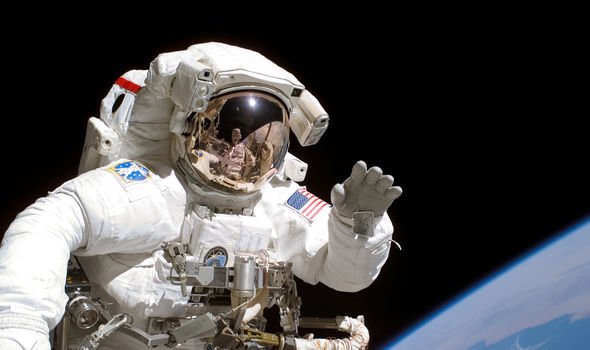 “I think it is a spaceship that turned the right way so the light reflected off of it.”

Another added: “That is a fiery object in space, the black part is not on Earth but in space as it’s orbiting Earth.

“Earth’s to the left as it’s in line with the little light showing.”

A third chipped in: “Far too bright to be a planet.”