The International Space Station was forced to make an emergency manoeuvre to avoid hitting a piece of a 2018 Japanese rocket, NASA confirmed.

Russian and US-based flight controllers on Earth worked together during a two-and-a-half minutes operation to adjust the station’s orbit to avoid the collision.

Astronauts on the ISS – two Russians and an American – relocated to another area of the station to be near the Soyuz capsule in case evacuation was necessary.

The astronauts were able to return to their normal activities after the procedure, and the piece of debris passed within about a mile of the station. 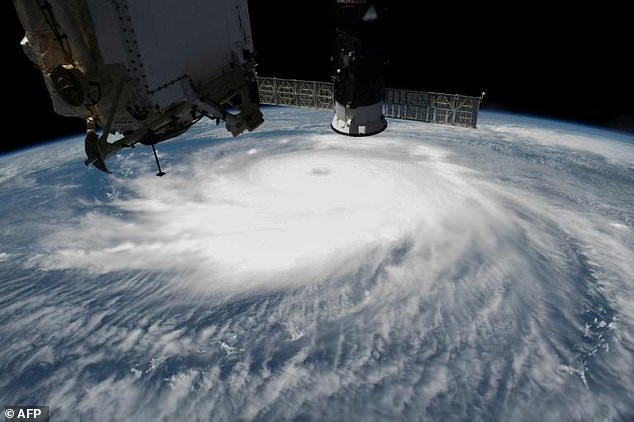 The International Space Station – seen here on August 26, 2020 – performed a manoeuvre on September 22, 2020 to ensure it gets out of the way of a piece of space debris

The scrap was actually a piece of a 2018 Japanese rocket, astronomer Jonathan McDowell said on Twitter. The rocket broke up into 77 different pieces last year.

‘Manoeuvre Burn complete. The astronauts are coming out of safe haven,’ NASA chief Jim Bridenstine said on Twitter after the event.

Bridenstine joined calls for better management of space junk in the future.

The ISS usually orbits 260 miles above the Earth, at a speed of about 17,000 miles per hour and at that velocity even a small object could cause serious damage.

The type of manoeuvre carried out to avoid the Japanese rocket fragment necessary on a regular basis due to the number of pieces of debris surrounding Earth.

NASA said 25 such manoeuvres had occurred between 1999 and 2018 but so far in 2020 there have already been three, according to Bridenstine.

The operations could become even more frequent as Earth’s orbit becomes littered with pieces of satellites, rockets and other objects launched into space.

Accidental or deliberate collisions, including anti-satellite missile launches by India in 2019 and China in 2007, can break objects apart even further.

It is believed there are around 160million pieces of debris floating around Earth, trapped in our planet’s gravity and travelling at 18,000mph. 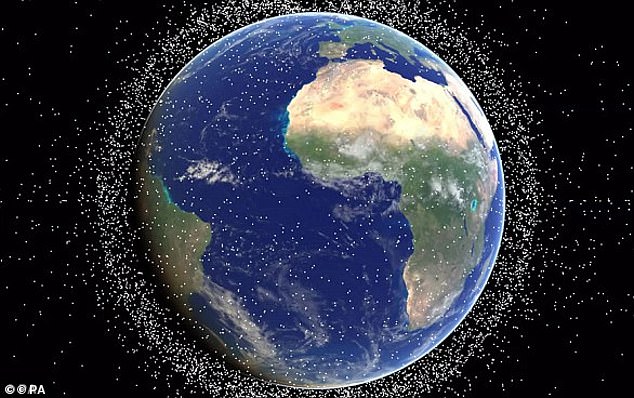 Accidental or deliberate collisions, including anti-satellite missile launches by India in 2019 and China in 2007, can break objects apart even further

Of these, almost one million are believed to be larger than 0.4inches. If one of these were to collide with a satellite the damage would be devastating.

‘Debris is getting worse! Time for Congress to provide @CommerceGov with the $15 mil requested by @POTUS for the Office of Space Commerce,’ Bridenstine tweeted.

The Office of Space Commerce is a civilian organisation that supporters want to take over the surveillance of space junk, a job currently occupied by the military.

Astronomers are concerned that high-value craft in low-Earth orbit, such as the International Space Station (ISS), could be destroyed by a rogue piece of debris.

Currently, there is no way of accurately monitoring and tracking small pieces of debris which could be hurtling towards a multi-million pound satellite.